Vicenza is also known for the elaborate villas that are built in the vicinity. It would take several days and a car to visit more of them. But we went up the hill to the South of the city and were rewarded not only with two villa sights but also a very fancy and maybe a very sacred churchￂﾠ -Santuario di Monte Berico (St. Mary is believed to have appeared there twice in 1428 after the city was stricken with plague), so we climbed the hill on some important pilgrimage path: 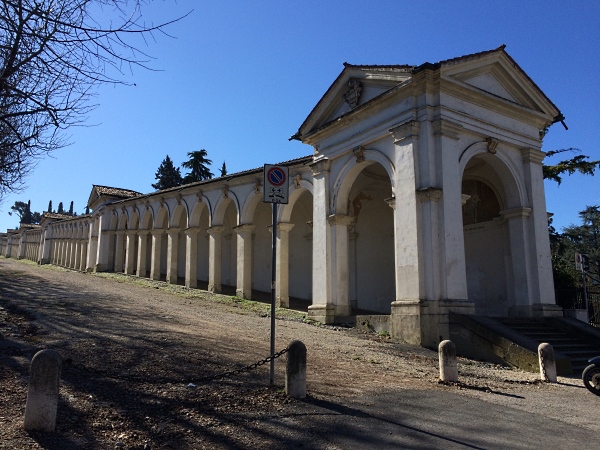 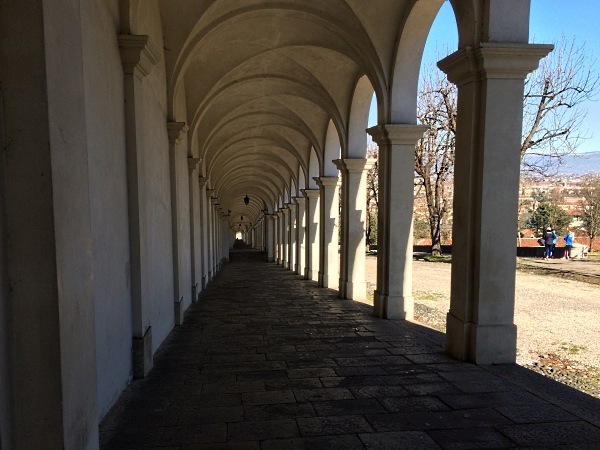 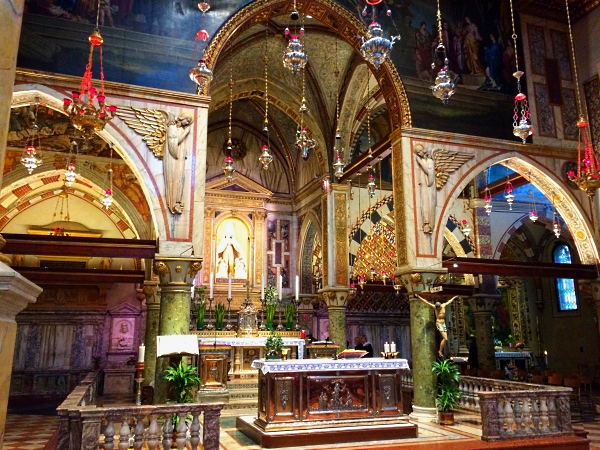 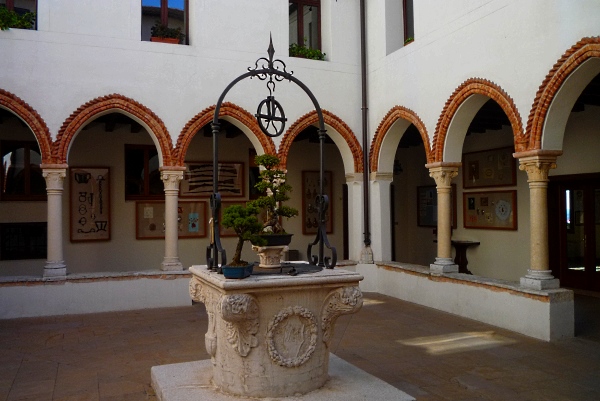 The Santuario has a museum – and to our astonishment – there are guns in that museum…Church and guns together…They can be seen on the far wall of the the gallery walk. 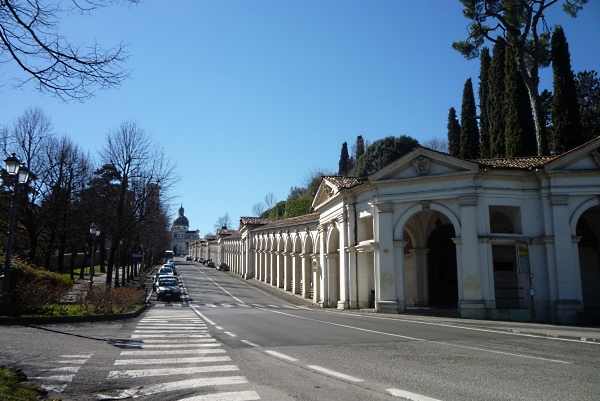 The covered loggias – I guess it is for the pilgrims not to get wet during rain and also to create jobs for people while they were built. There are also frescoes in each stop between a flight: 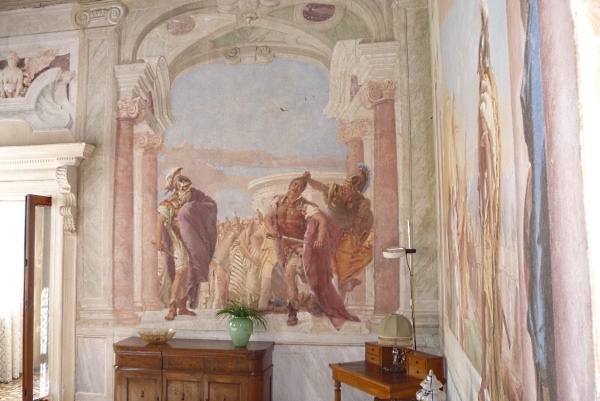 Then we turned to a path or street that was like carved into stone or more likely – built with very high walls from both sides -so no views…Just a romantic walk in old walls: 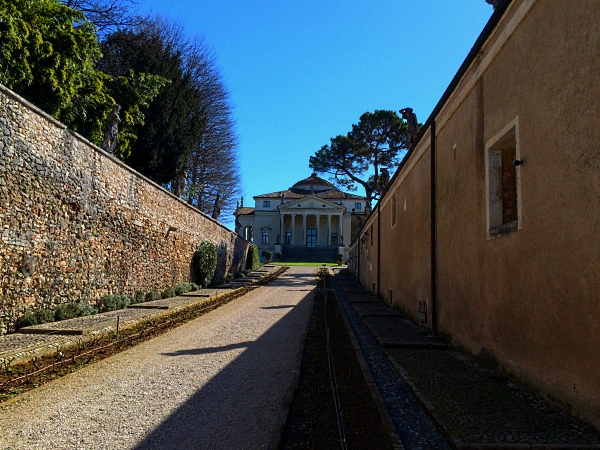 Here we see the very famous Villa that would be interesting especially for Americans – it is called La Rotonda and president Jefferson has built his summer house exactly based on Palladio’s architecture of this villa! And exact twin. It is called Monticello in the US, located not far from Washington D.C.ￂﾠ This time La Rotonda was closed so Andrei took a picture through the gate :-).ￂﾠ Meanwhile I visited Villa Valmarana Ai Nani – in translation – The Gnomes villa – because there is a story that at some point gnomes were guarding it. If I am wrong in my memory – go and check 🙂 ! 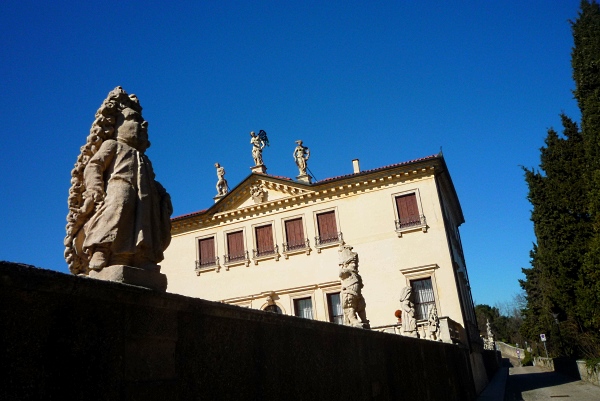 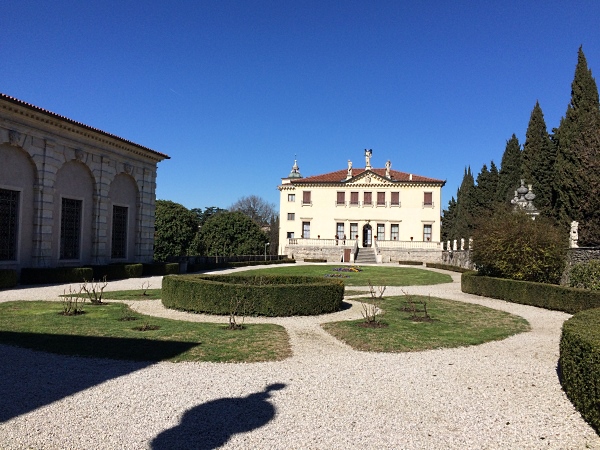 10e and you can see the fresco-ed walls of this small villa.ￂﾠ Freascoes are by Tiepolloￂﾠ -amazing artist…Good they let you take pictures. I took also a couple in the rooms that were not so valuable, but funny in their own historic way: 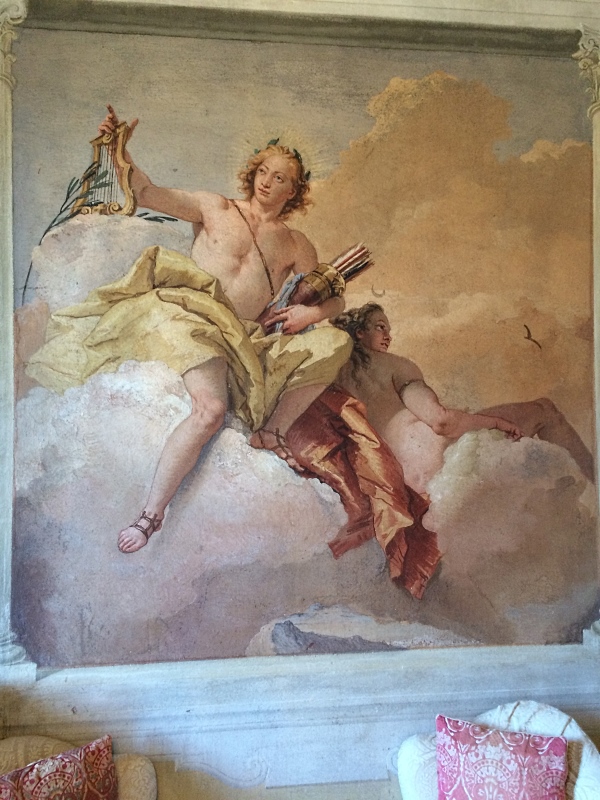 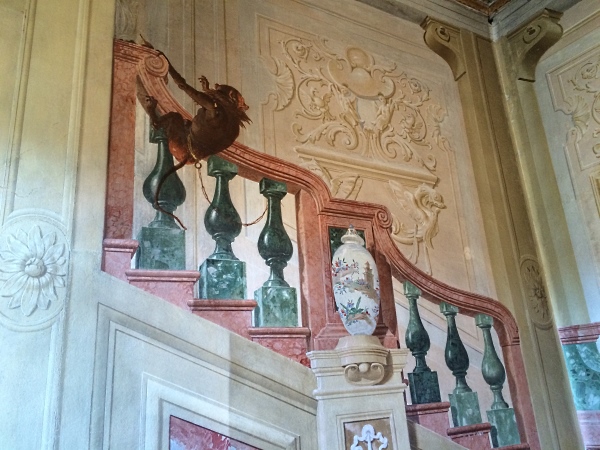 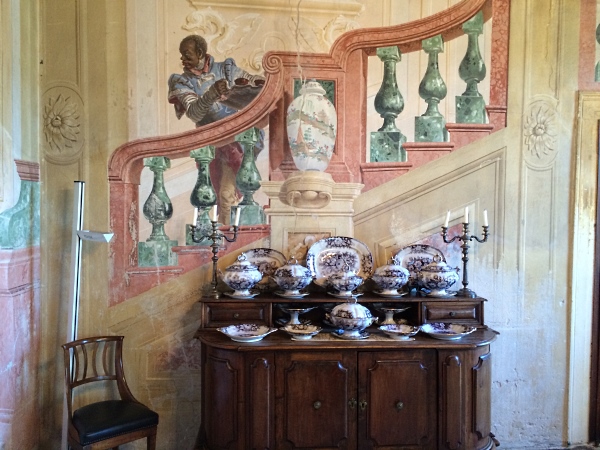 So imagine how rich Italians lived – all the walls painted in frescoes, all…I guess they had a lot of time to look and look around. Visiting Villas is a way to see the surrounding landscape. As I said – the street is all enclosed by walls, so only by entering a villa garden one can see the views: 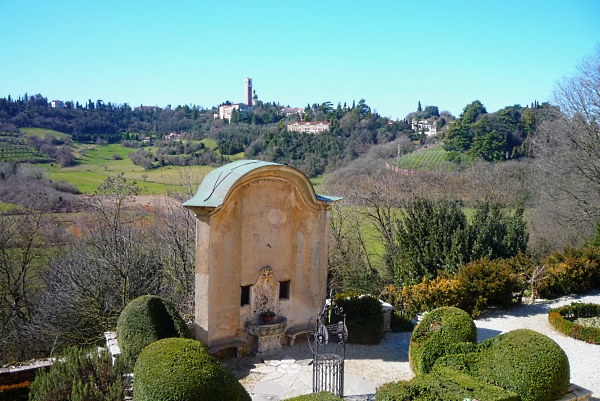 While walking we noticed a helicopter flying and landing in one of the gated houses…I suppose rich people still live there and they are afraid: 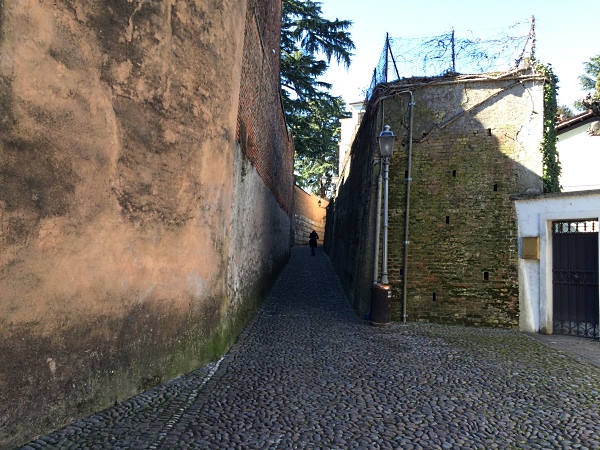 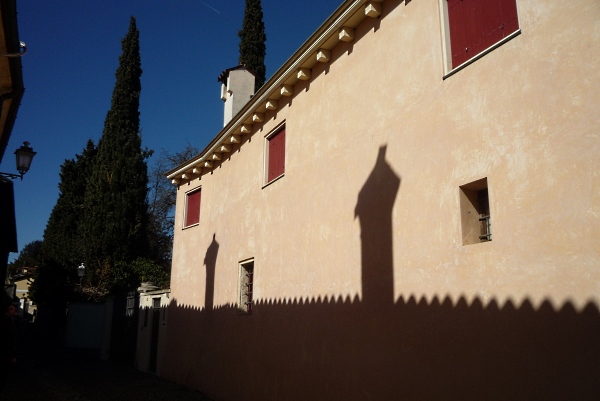 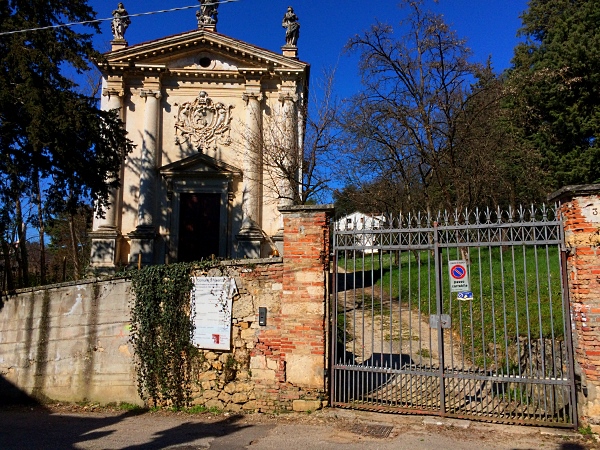 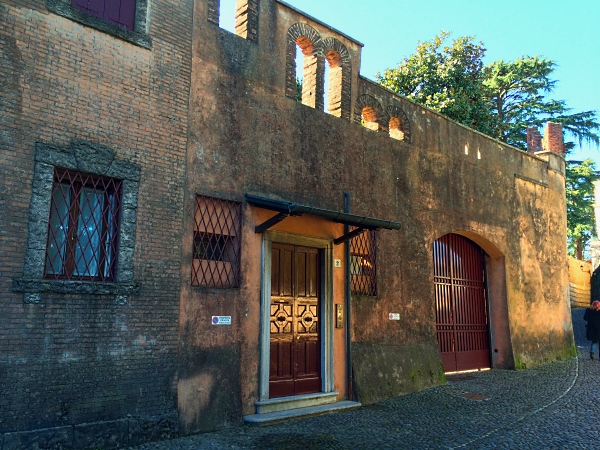 And we never felt any danger…maybe our feeling are not sharp enough…Or maybe they are on the habit of enforcing their homes and gardens since Roman or Barbarian times, maybe it is a useful habit to keep.