After returning the car in the center of Cancun we were taken by the car rental guy to the ferry pier where we took a 40 min boat ride to Isla Mujeres – the Island of Women which is seen from the coast of Cancun. It was a small enough and big enough island to spend the last 6 days Mexico and rest. It is 7.5 km long and maybe some 2km wide. Lots of Americans have their villas there, but there are also two towns and many Mexicans living there. They say that in comparison with the whole country their life standards are higher. We landed in the bigger town, I don’t even know the name :-). And walked through its cute little streets towards the sea to the hostel Poc-Na that we made a reservation and that I have mentioned in an earlier blog, it is owned by Argentinians. Interesting that we met Argentinian youths on every step. They work in maybe all offices and travel agencies in the town. Summer jobs. In our winter it is summer in Argentine.The good part about the hostel was that it was close to the sea, they had breakfast and also you could order dinner, cooked very well. The sitting area or dining area were always full of people fro all over the world so it was nice to hear about their lives. You could order any alcohol there, they had a bar and didn’t let anyone to bring alcohol to the hostel. In other words- it was their business. They also had music groups performing over there every evening. Some of them were really good. They had different classes every evening- macrame, Spanish language. etc. But the bad thing was the noise at night…They had very loud music till 2 am, seems it was enforced by the owners with the idea that guests will stay up and drink more alcohol…That is the main thing we are never going to stay there again. But this time it was convenient- our friends from Zion Nancy and Craig lived there for 3 months, so we spent some time together, went on to hikes, or just wandered in town and by the sea. 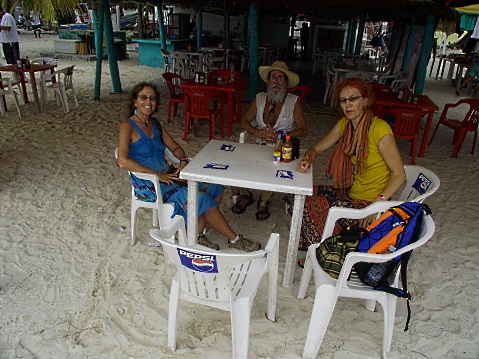 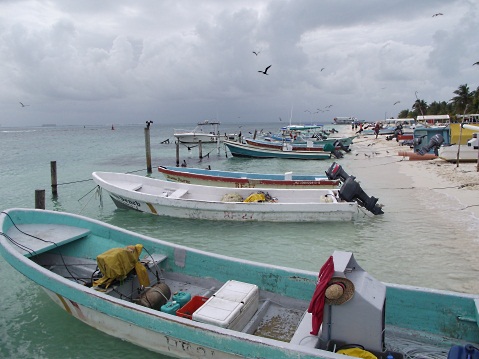 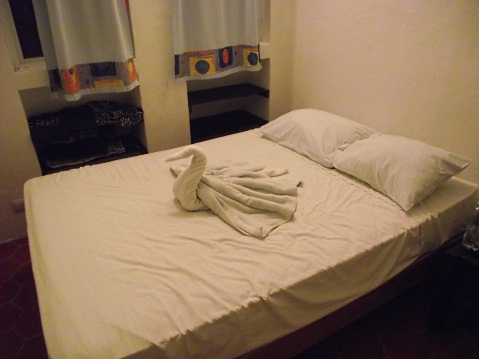 The room wasn’t very small, very light- windows on both sides, but nothing special Just how they make towels into swans :-). 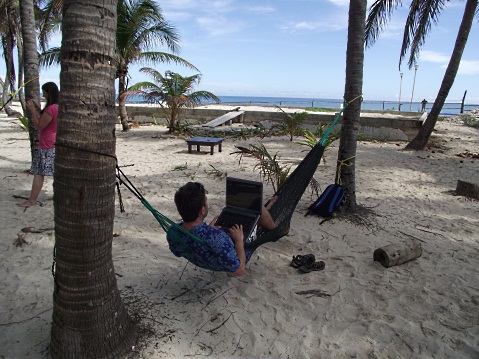 This big yard or park on the sea shore or whatever it can be called – belonged to the hostel, to Andrei could stay in the hammock and work, as usual he does. 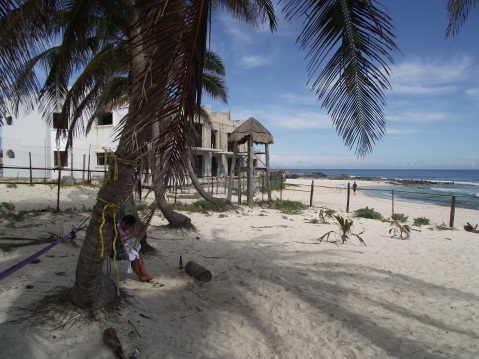 The building near by is without windows as well as some other son this stretch. Hurricane’s job…also – the sea was so close but it was not recommended to swim there. it is the open sea, therefore the waves are big and strong and many people have drowned there. So I had to go to swim on the other side of the island – the west side -where the waters are calm for the island is like a barrier from the open sea. Here is my Canadian acquaintance who is a very big traveler of the world: 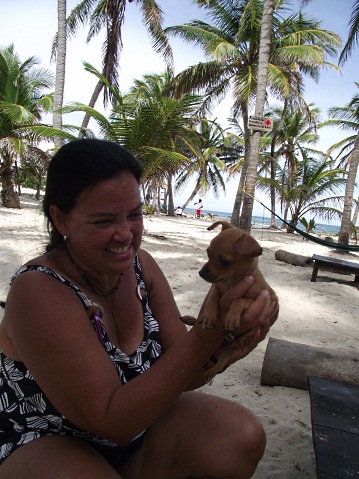 The little doggie was everyone’s favorite, not hers, somebody’s. A real Chihuahua in Mexico! (it is a Mexican breed).

Here is another building near by, which used to be a hotel before the recent hurricane: 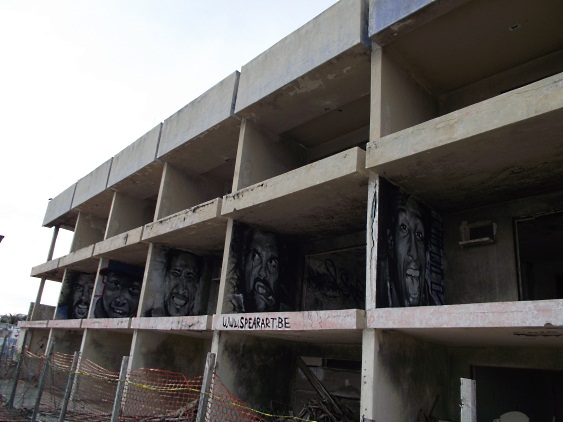 There was this Belgian guy at Poc -Na who had a talent to paint such a big painting from a picture in 2 hours! He got permission form the hotel owner and painted and painted because he cannot not paint :-). Here is him painting a wall at our hostel: 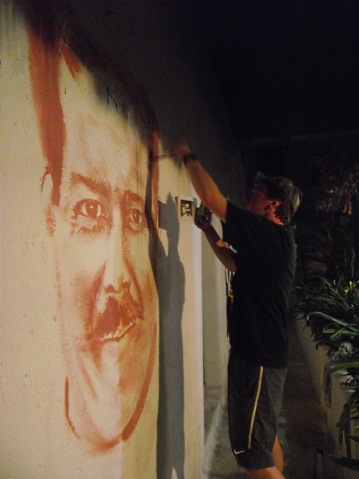 What a gifted guy! 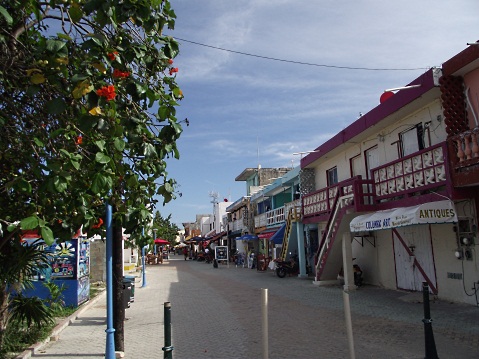 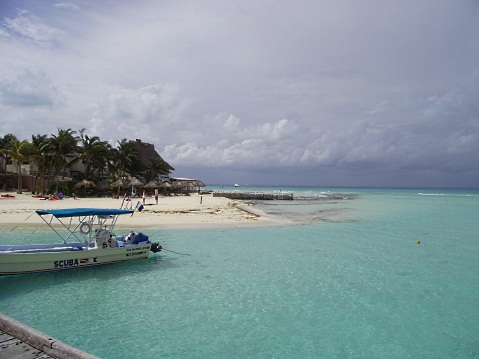 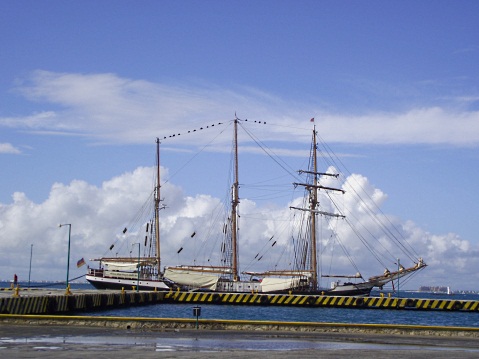 The name of the boat was Heyerdahl – I guess it was traveling around the world. And as usual – I like cemeteries…This one is almost at the tip of the island surrounded with big fancy hotels: 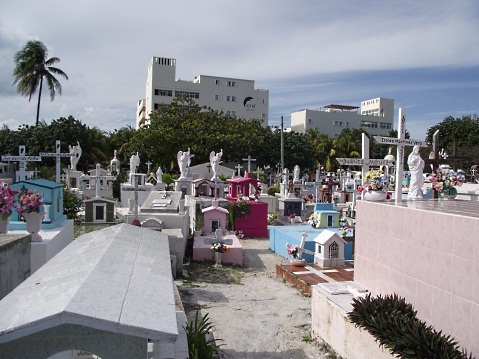 And of course – iguanas are there, too. 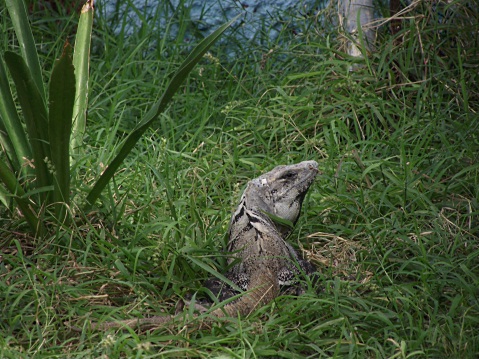 Even on the walls of certain buildings that they like: 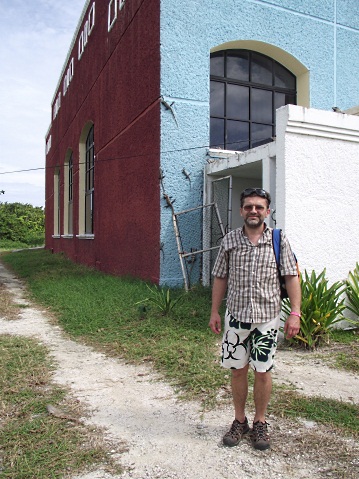 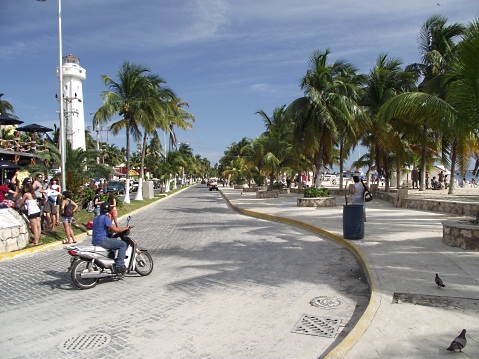 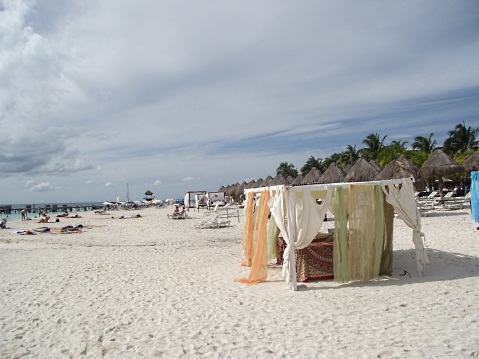 Behind those romantic curtains they do a massage. 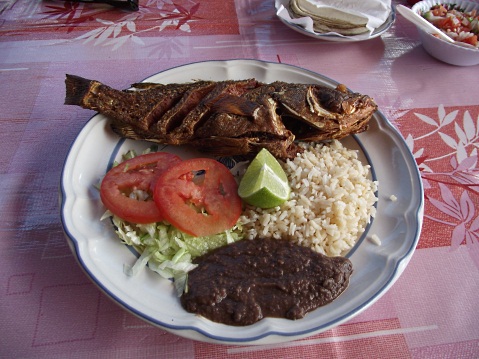 This is what we most often ate! The fish was tasty. Especially the cheeks as our friend Leo suggested :-).

What concerns snorkeling – we tried to snorkel on our end of the island in a lagoon, very few fish. the waves too big, no fun. then we went to the other side of the island and snorkeled there closer to the other end of the island , we even tried a “park” – where you pay the ticket and a wild area, no ticket . the wild area was better. there by the legs of a bridge we even saw a lion fish which we later found out to be very poisonous. Thanks God we didn’t touch it. The inner sea there is very beautiful: 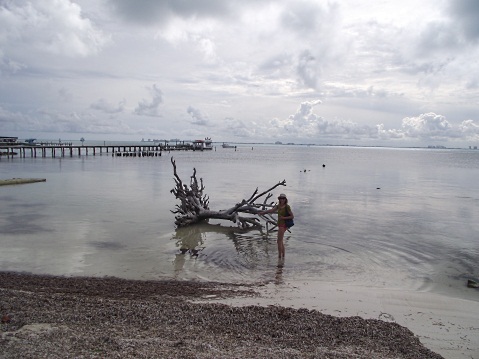 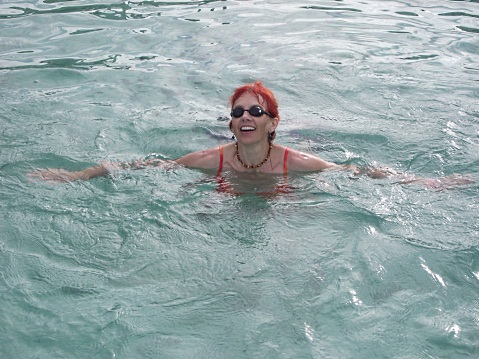