From Oxkutzcab we drove more than half of the day, with stops, until we reached Valladolid. There were those 2 cenotes -one across the road from the other, but their ticket offices are side by side – you have to be careful which window you are buying from – you may end up buying to the wrong cenote. I mean – the one you have already seen/ So we caught this catch in time and went to see the cenote Samui: 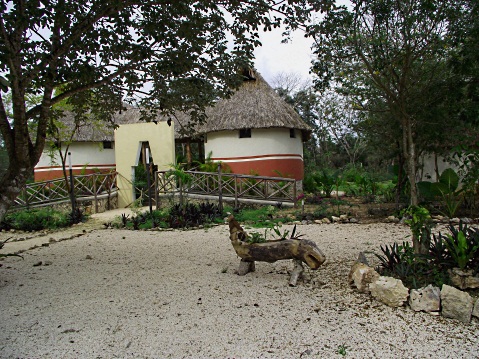 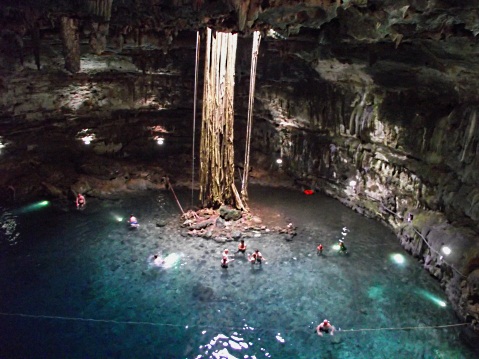 This cenote had no stalactites as Dzitnup, but had the roots of a tree extending all the way to the water and a bigger hole into the air. But I prefer Dzitnup. Here we had to descend down the stairs quite some flights, and as the water was the same – clear, pleasant and blue, the ambiance in Dzitnup is much better. Couple more of Samui: 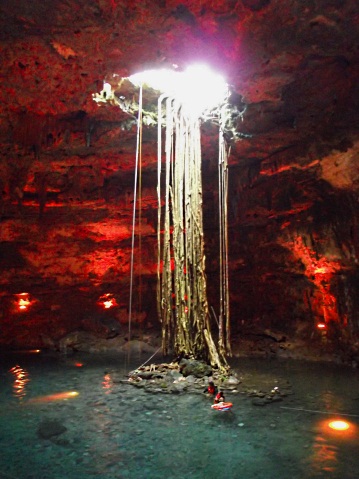 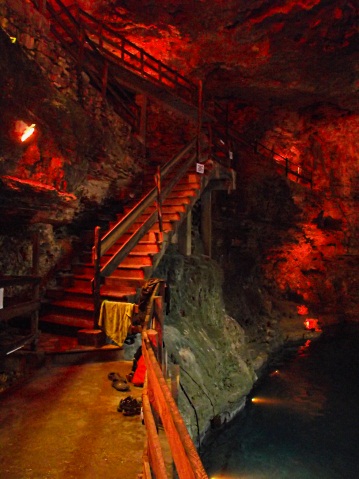 That night we stayed in Valladolid in the same La Aurora hotel that we liked from last time: 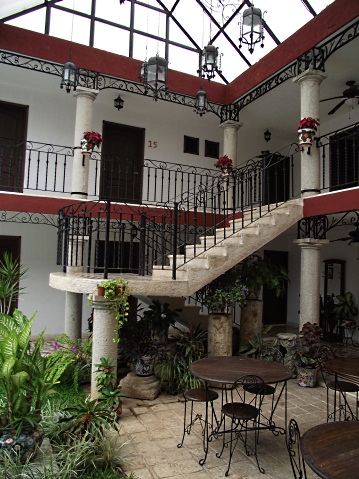 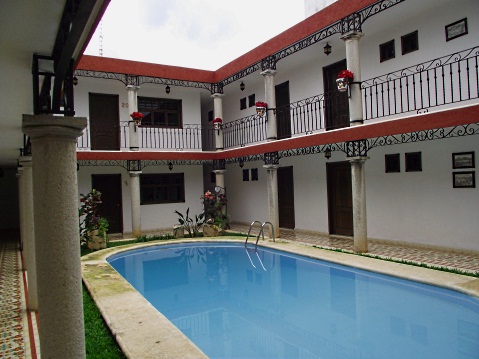 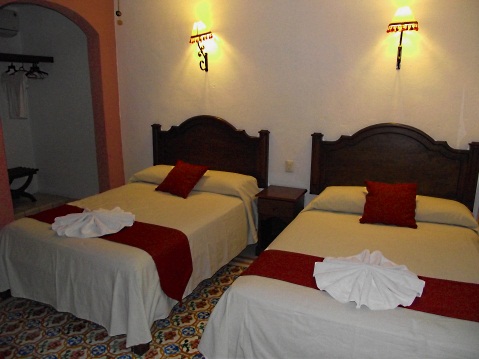 And walked around the city till late at night. It is a very pleasant city, colonial streets, a big cathedral, a big Franciscan Monastery, lots of nice restaurants and shops. One of them is established in maybe a previous monastery: 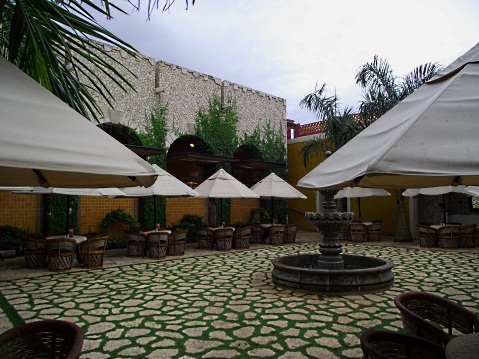 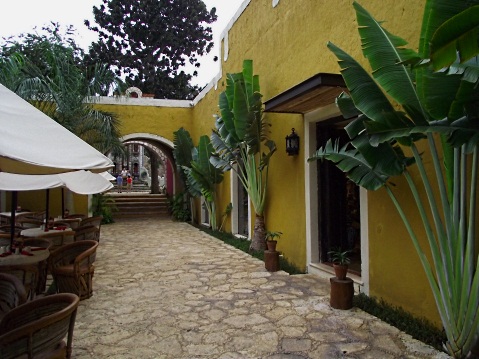 and has its own outdoor chapel that is seen at the end of this passage way. 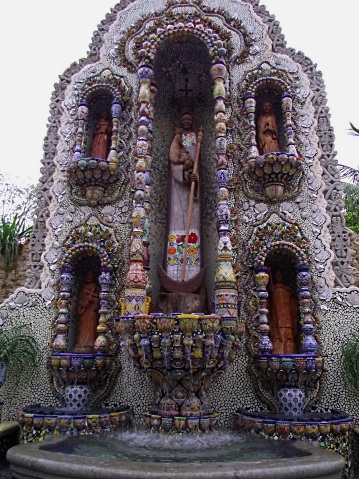 St. Mary is dressed in Maya clothes and the altar is made from little tiles and not little ceramic vases. A mango tree growing in the yard: 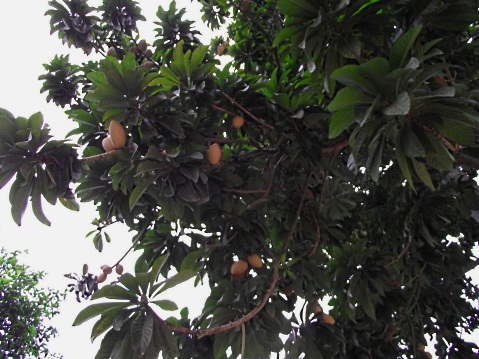 a Day of the Dead character greeting and offering you some vodka everyone at the souvenir store: 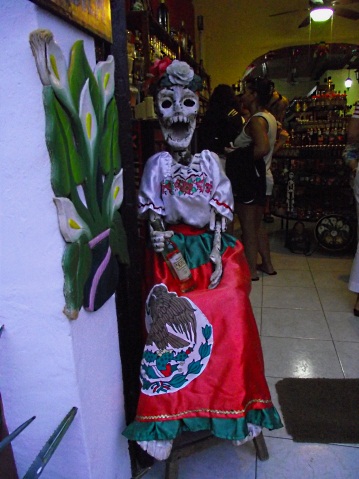 I even visited a small chocolate factory where they tell you stories of how chocolate was discovered and introduced to human usage. It used to be an energy drink for Maya kings, took a while until general population could get enough of it. The guide in that little museum was very informative and spoke good English, she told me how patriotic she was about her country and how good it was to live there, their social medical system and support for those who have no jobs. I wonder- why is the Right wing of US blaming Europe for its socialism, Mexico is so much closer and easier to be blamed :-). 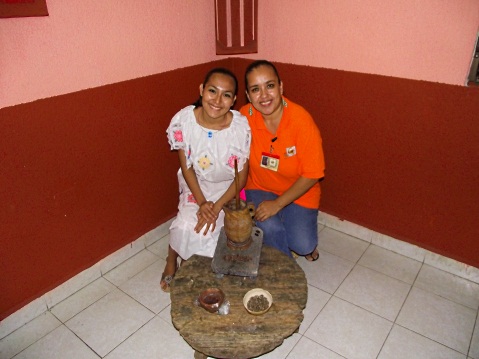 The English speaking guide is in orange. the Spanish speaking guide is in Maya dress, both very beautiful girls, but both from different Indian tribes. The guide even explained how their face bone structure differs, so it would be easy for me to distinguish Maya and Acteks in the future … :-). I ended up buying their handmade chocolate.Sorry girls, i forgot your names…