A good thing about Yucatan peninsula, maybe the best thing is that there are so many cenotes. So first thing in the morning we did what – ran to Zaci cenote that we already knew from last time – it is in the middle of Valladolid – engulfed into its super pleasant waters, refreshed and re energized ourselves and then drove towards Koba. Though the feeling was – isn’t it too many pyramids in a week? But I was eager to climb the tallest pyramid there, which I heard was still permitted. On the way the girls were walking to school: 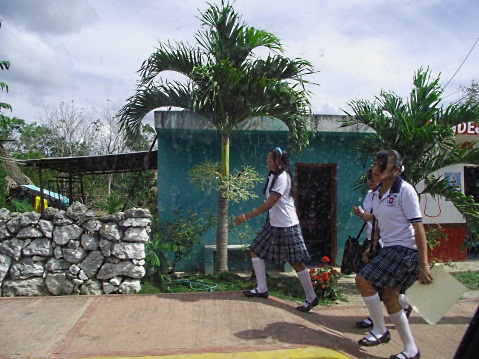 We saw some ruins: 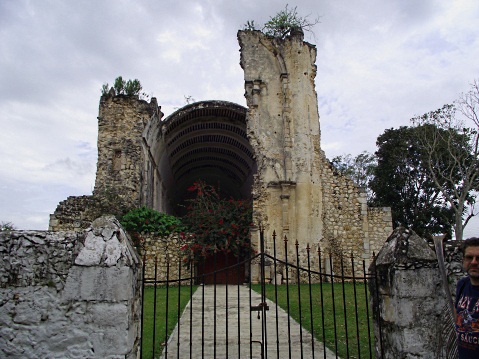 and some mansions with rabits: 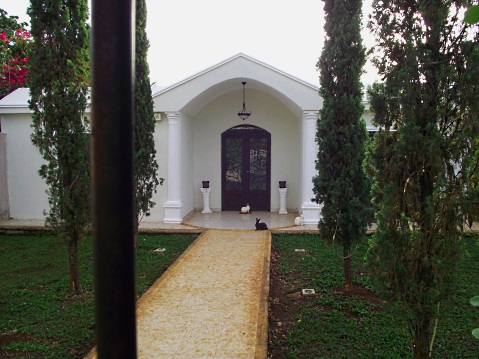 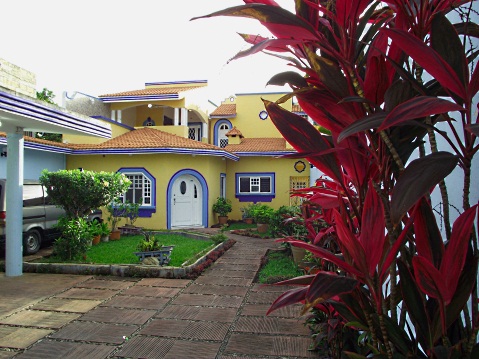 It took us only 45 min to reach Koba. Andrei gave up, he already saw too many pyramids. But I didn’t , so went to see Koba alone: 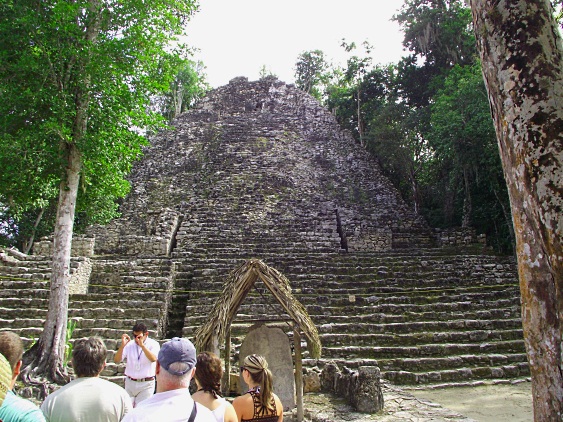 Koba is in a jungle forest, unlike many others are in the open. It was a big Mayan city wit lots of structures, a very few of them are restored or preserved: 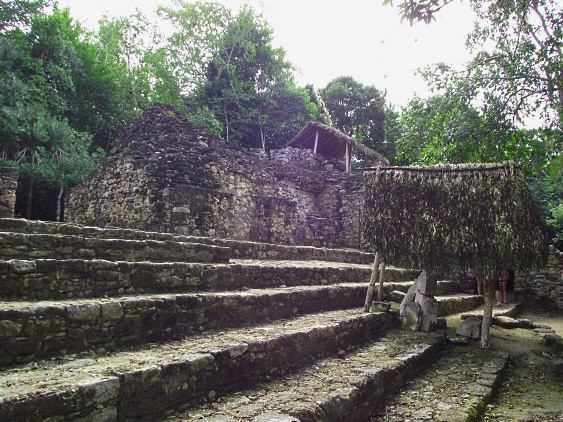 They would make sheds on remaining sculptures or reliefs. There is some rain there and plenty of humidity, so pyramids are dark form moss. And here is how Mayas built their arches and tunnels: 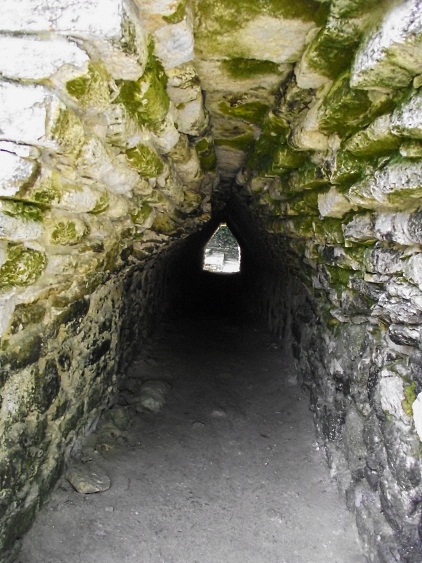 The paths there are straight and white. I heard guides telling that they made them white on purpose, for the climate is so hot and humid, poor pyramid builders could work only at night. So they would see better while walking on white paths. But i also noticed that there is almost no soil in those areas, mostly while little stones and rocks. So how could they make the roads that would not be white… 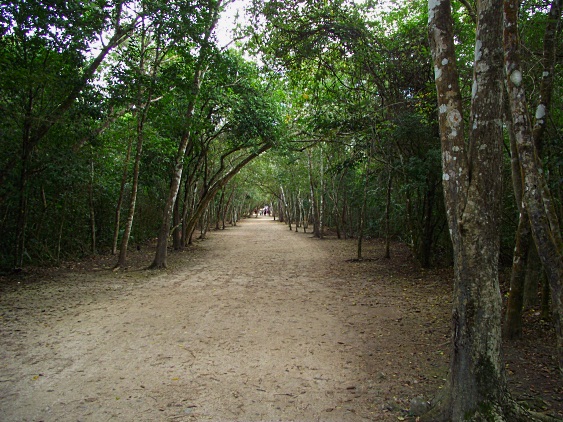 The distances between structures or pyramids are long. maybe it takes 20 min, to half hour to an hour to walk from one to another. Some rent bikes. Some enjoy walking. As every Maya city,. this one also had a stadium, a smaller one.but with prominent rings for their ball game , the prototype of football, where they pushed a ball into the ring with their shoulders, as if… 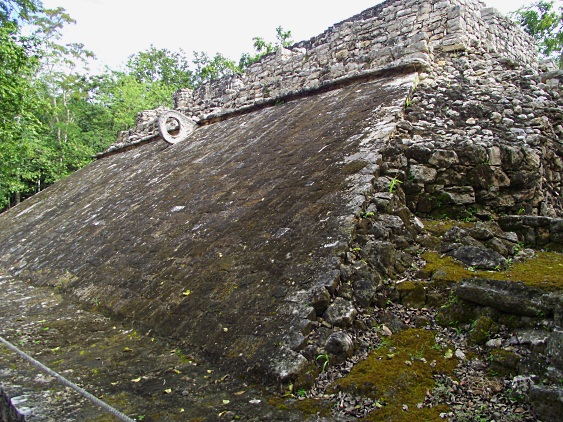 Some more pyramids on the way to my goal: 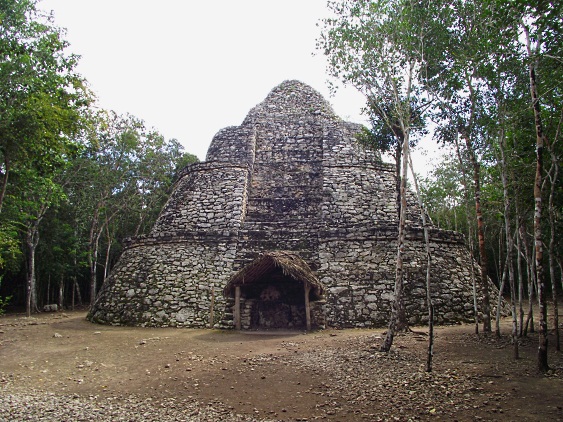 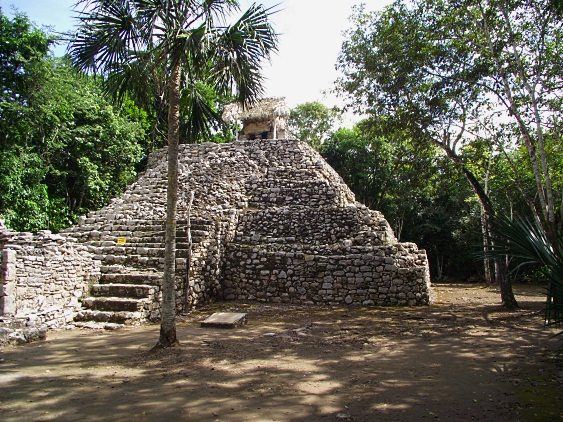 And here is the tallest one and the one which is permitted to climb! 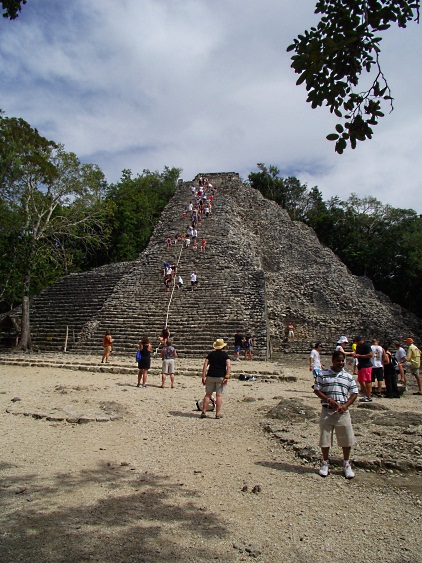 As you can see -there was a thick rope where people could hold on. Very good! it was scary climb it though from the bottom it doesn’t seem steep: 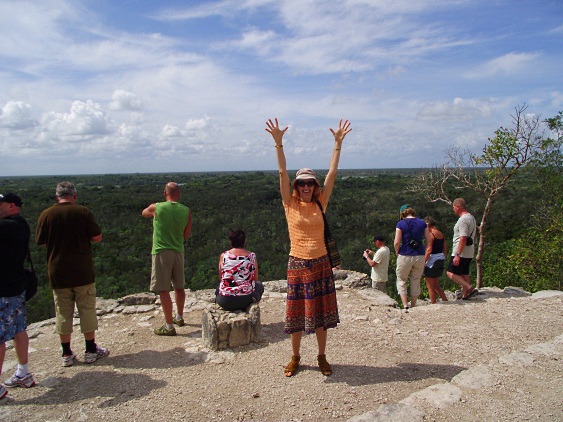 Flat jungle underneath, very few other pyramids seen around. And here the the temple on the top of it: 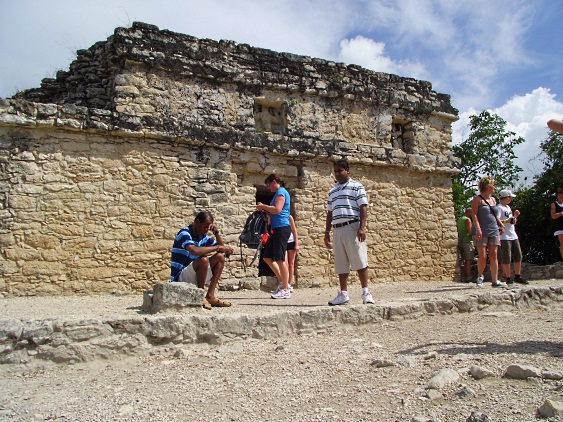 And then going down: 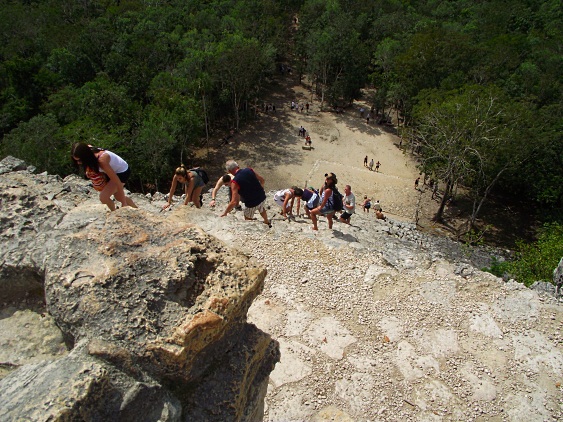 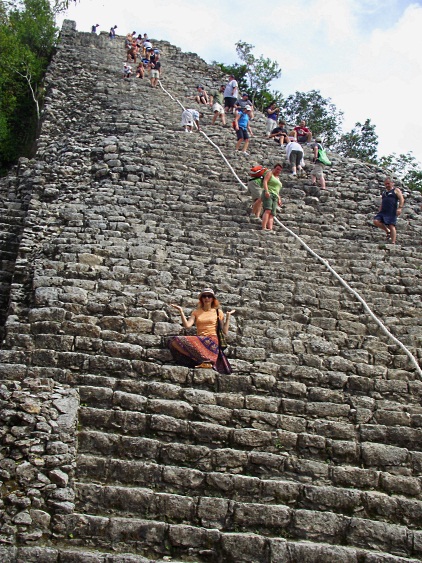