It is close to 70 km from Campeche to Edzna. We started late in the day, way after lunch and expected to reach the pyramids in an hour but it took a little more, the road is not so good. but what a bonus – we were in the whole pyramid complex ALONE! That is more one can expect. At first we thought maybe they are closed – only our car in the parking. So we stayed for the full 2 hours till they close at 5 pm. It was amazing! Here is a path from the parking that leads to the ancient city: 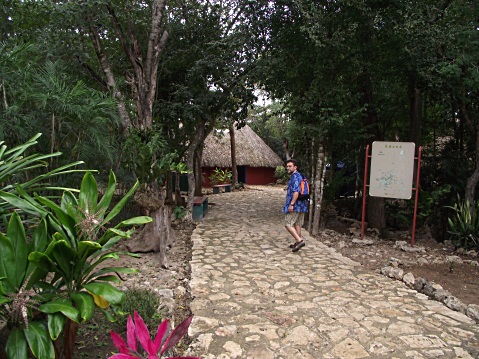 And here is what we saw once we got out of the forest, one after another ruins, pyramids, town squares started unfolding: 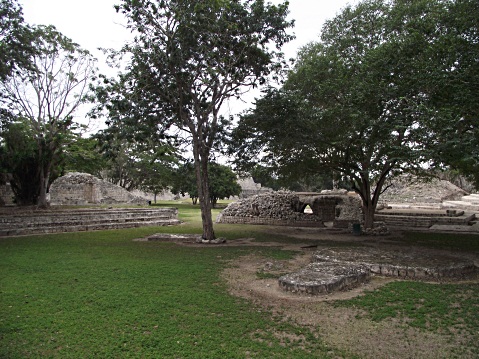 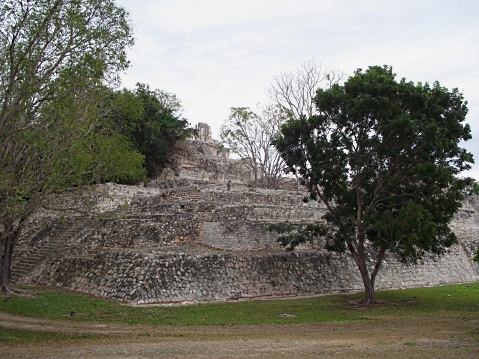 And again I mention -there was nobody except for one bird, a woodpecker, disturbing the silence. 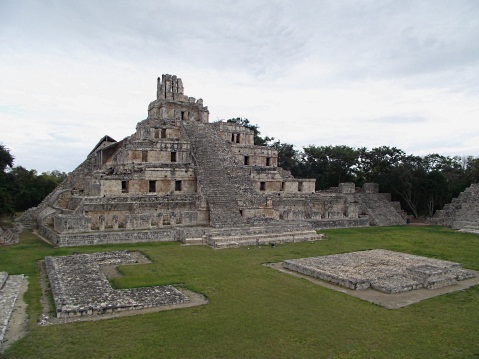 The main pyramid is the most impressive. Though there was a sign telling not to climb the stairs, I have to confess – I couldn’t stop myself from this sin…On the other hand – there was nobody to see me climbing, except for Andrei. So I climbed, the stairs were not well restored, it was a little scary, but the most disturbing was the feeling that came from the very top of the pyramid, the temple. I guess I wasn’t worth yet to reach the top, the spirits who guard it didn’t want to let me in and I stopped: 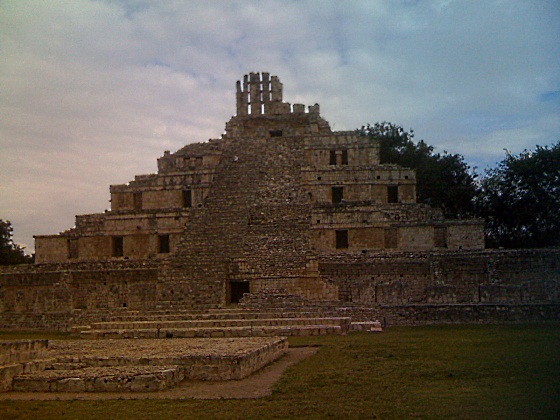 This pic is done by Andrei from below, I am the little white dot on the stairs, close to the top, but not yet. And here are the views I saw from there: 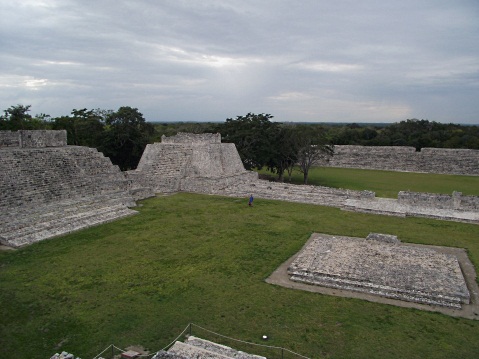 Andrei is a little blue dot in the field or main square. 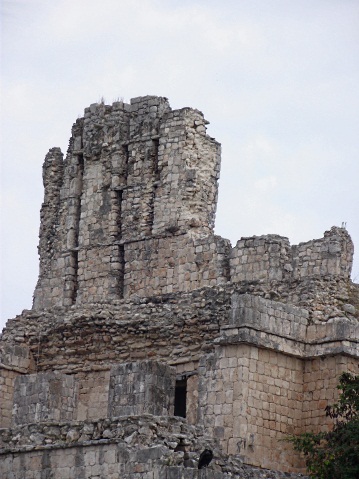 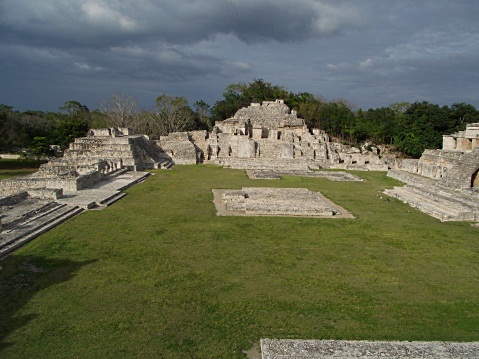 There were more pyramids to climb which was permitted, so I did some yoga on one of them, it was fantastic: 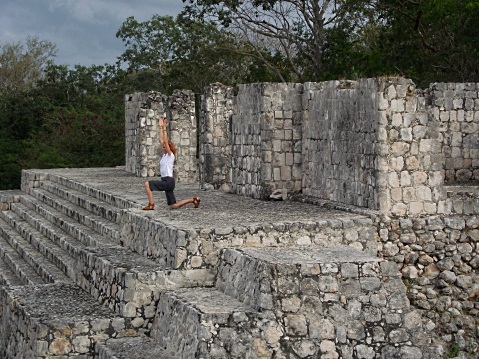 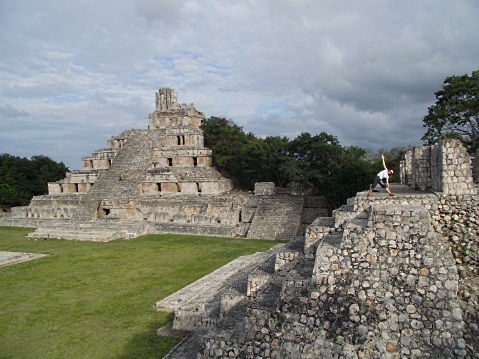 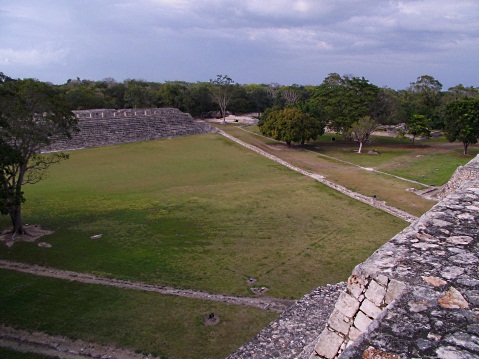 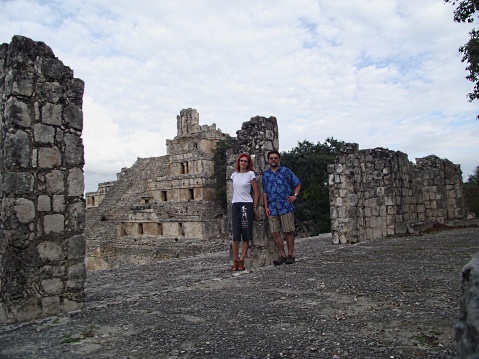 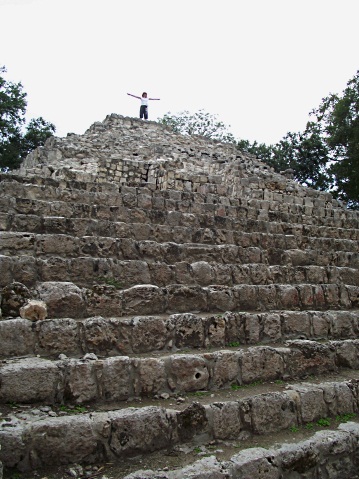 Some of the stones of these stairs have images, or glyphs: 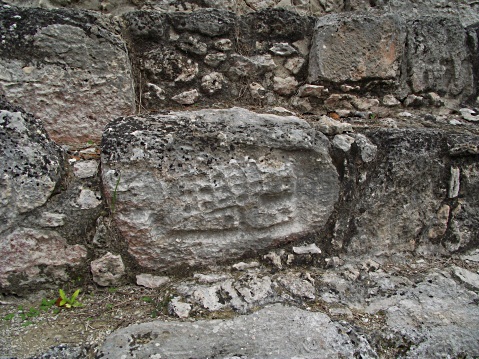 A jaguar here. there is pretty ruined pyramid with some very elaborate sculpture work,but it is at the bottom of it. So you have to bend down very low to see the images of the gods of East and West: 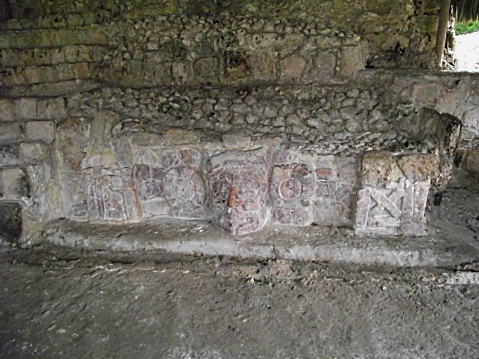 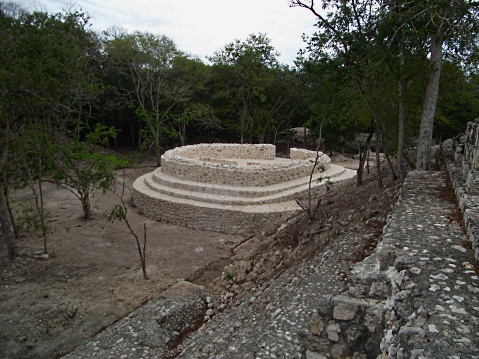 Here is a new structure they are building, I mean – restoring. In makes me imagine how beautiful those pyramids looked freshly built, like a white city form a fairy tail.

In conclusion – the feeling is amazing, I already want to go back…