One morning we went to Sarria – which used to be a separate village when Barcelona engulfed it into its hug. It was ways away from our place but to take a metro would be a hazard too – we would have to change trains several times. So we enjoyed the different and never boring buildings where people live and then we passed through a district of mansions, which reminded Los Angeles rich areas, and at last reached the main square of Sarria: 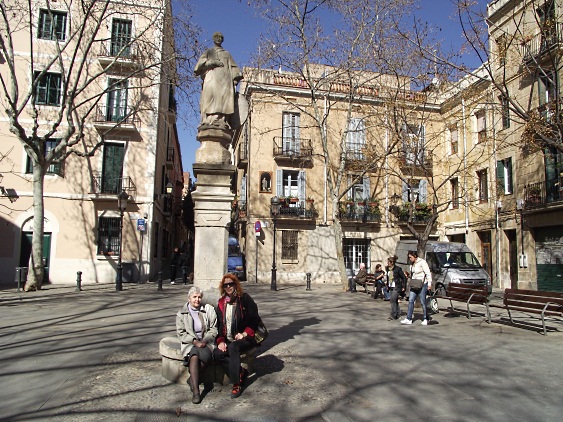 Here is the main church of Sarria seen in the back of another square: 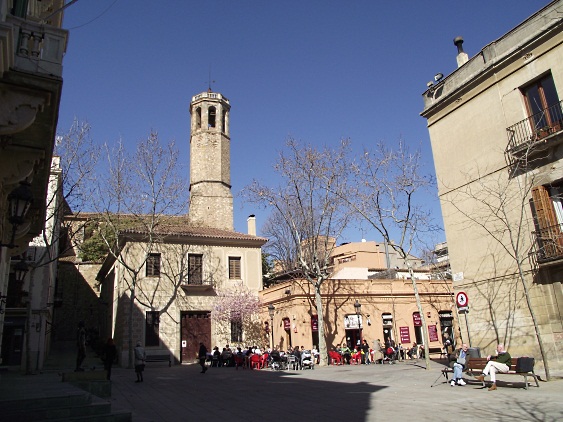 An interesting thing – while we sat in a square there we heard parrots shouting. Then we noticed the green maybe even amazons or some other species running around the trees and picking branches for their nests somewhere behind the roofs. We saw a lot of them having homes in the tops of palm trees in Park Guell. That was quite strange- as if parrots like warm weather and some days even in March over there seemed cold for us. 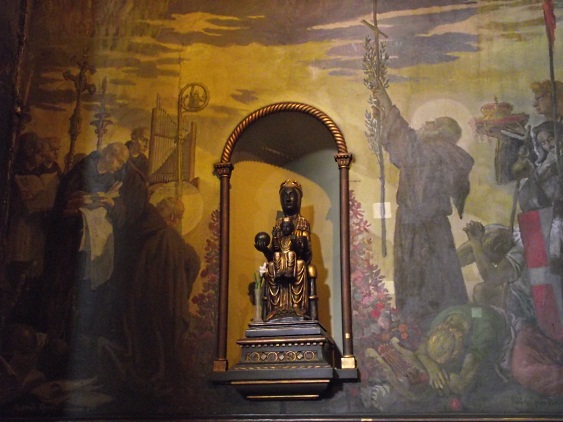 Montserat Madona – the Black Madona is usually found in a copy in every church in Catalunya. At the end of the trip we had a chance to see the original in their Montserat Monastery and even touch the magic ball she hold in her hand. 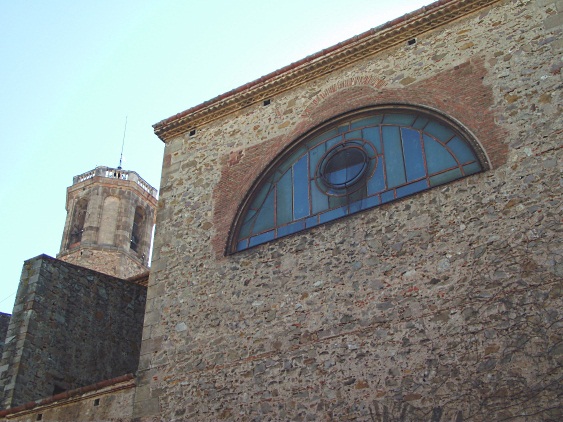 I guess this is just an interesting modern design of a window in an old building. 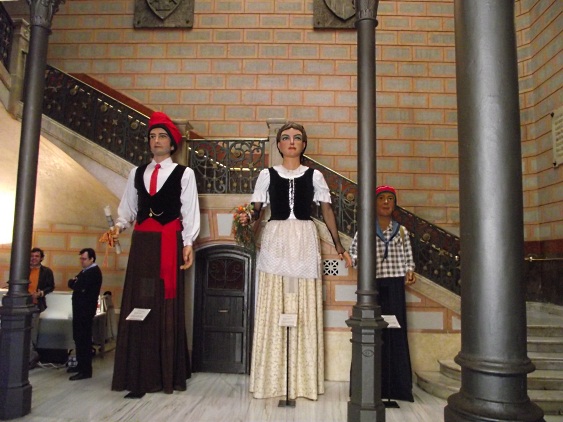 Spanish seem to like such doll-human figures. I don’t know why they were there exposed in the administration center of Sarria, maybe being prepared for the upcoming Mardi Gras…I also saw lots of such, but smaller figures used in Argentina to decorate their La Boca area of Buenos Aires – only in friends’ pictures. Maybe it is something about their culture. 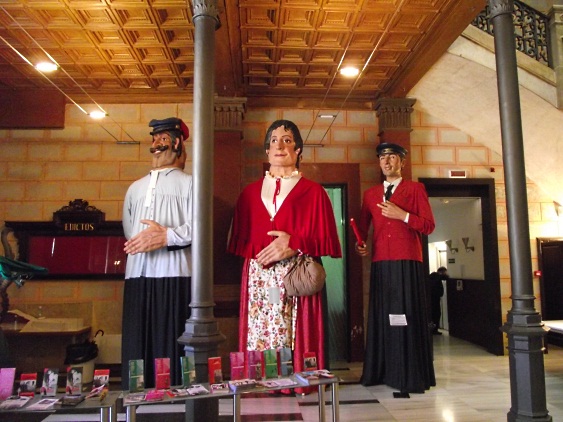 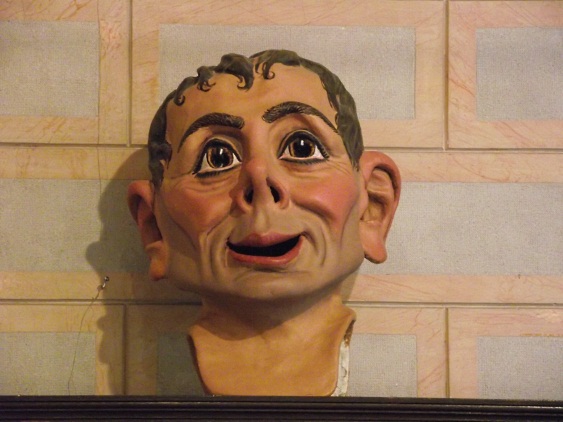 Little streets of Sarria were a new thing to us still, it was like an introduction to small Spanish towns that we saw later. Lots of nice little shops, that is what one would expect: 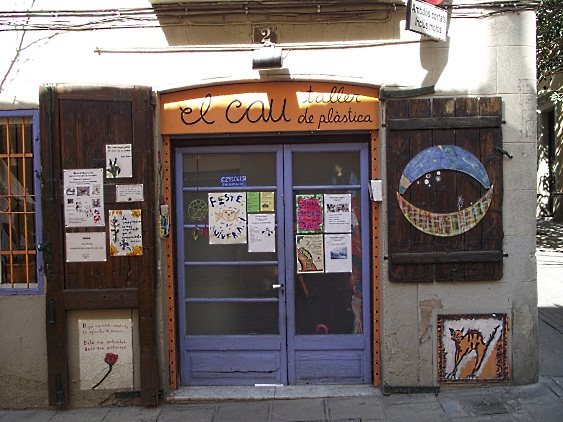 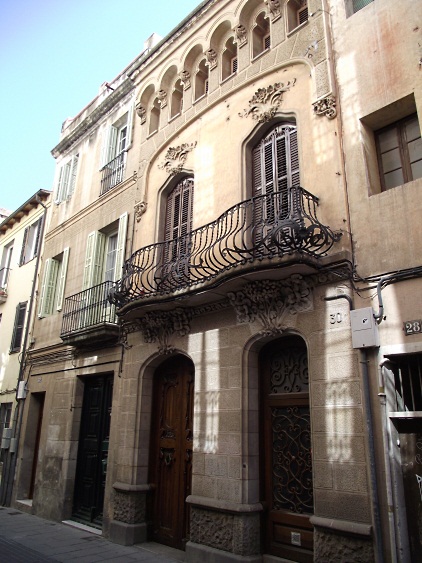 Then we walked to Monestir de Pedralbes (it was praised in the books): 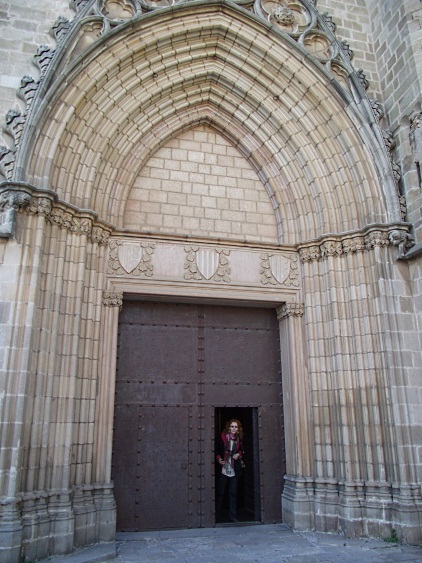 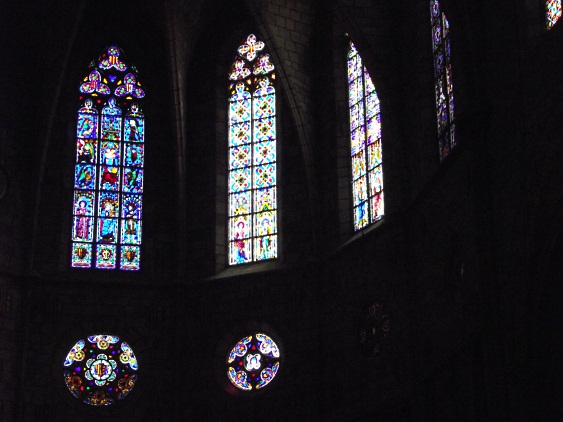 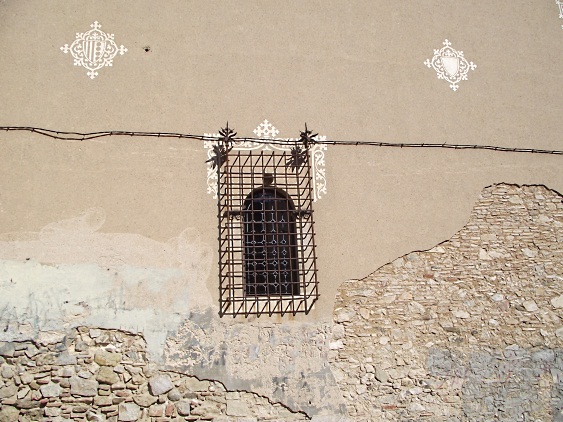 And even reached Palau Reial and Pavellons Guell where the gate was locked and we could only see this Gaudi’s dragon: 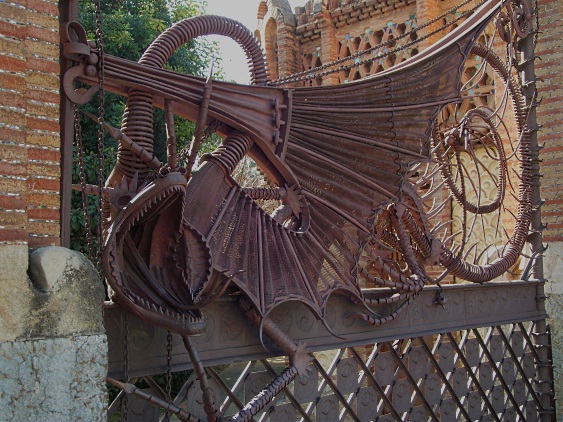 On the way back we saw a very impressive modern group of apartment buildings with this gate (we didn’t figure it out weather it is Gaudi’s or not, though it seems to be in his style): 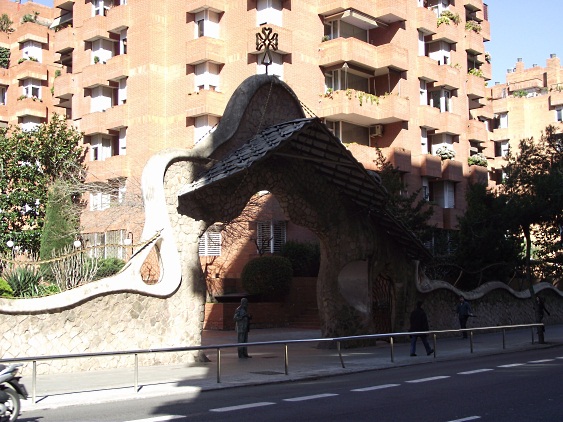 The sun was shining at a bad angle, and the street was busy. So we didn’t bother crossing – it was already a big walking trip, we were too tired. The man in the center of the gate is a sculpture.

This Collegi de les Teresianes was also on our way home: 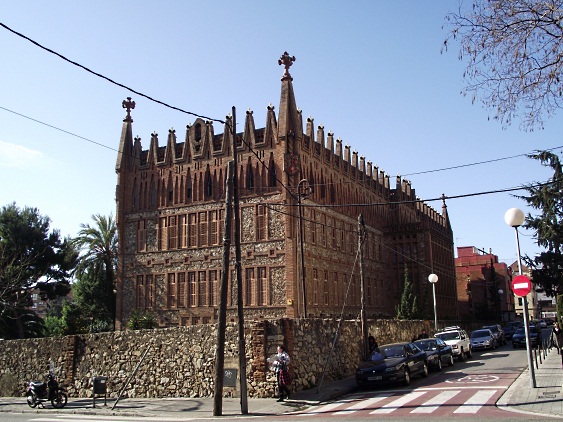 On another afternoon we visited the Cigar – Torre Agbar -the controversial piece of modern architecture: 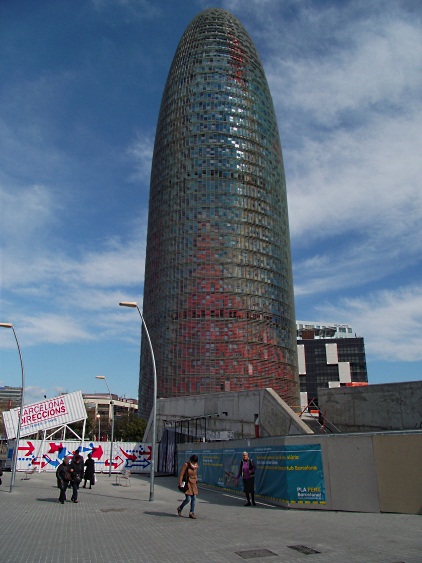 Then some skyscrapers in Barceloneta: 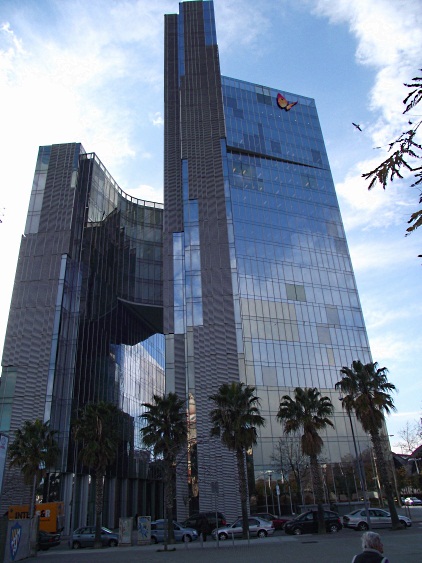 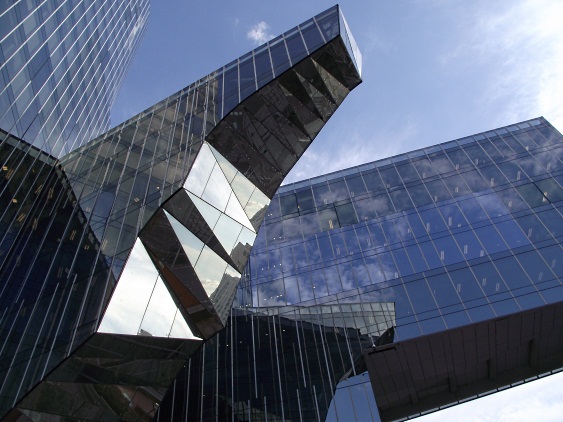 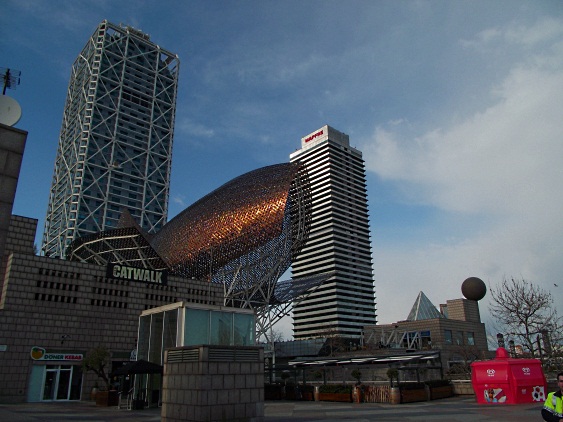 Then some sculptures and squares in Gracia district: 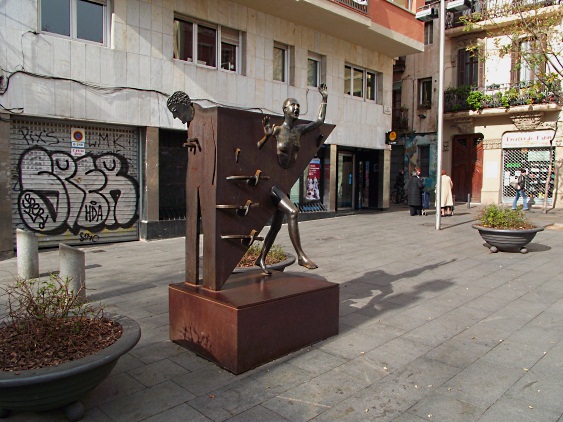 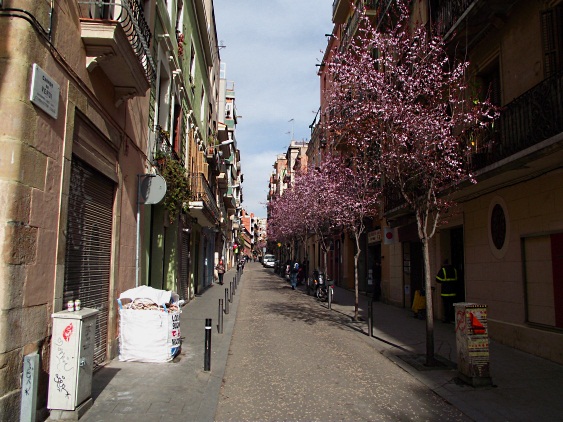 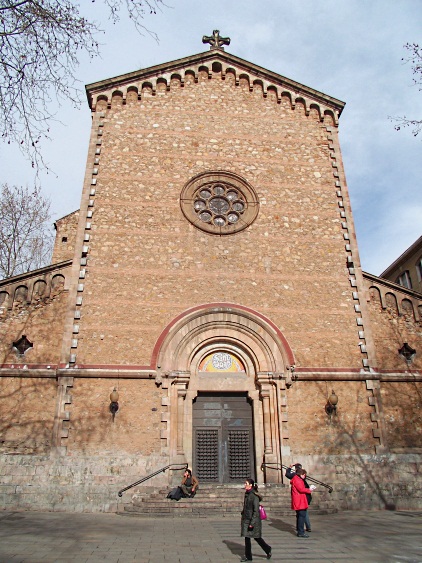 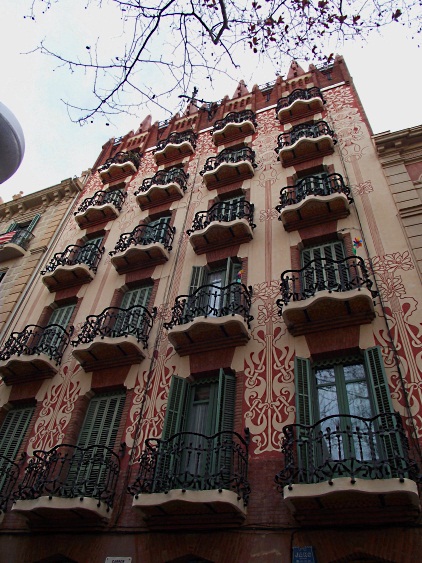 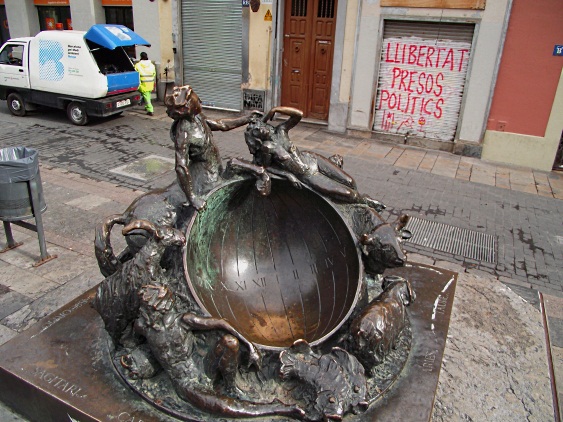 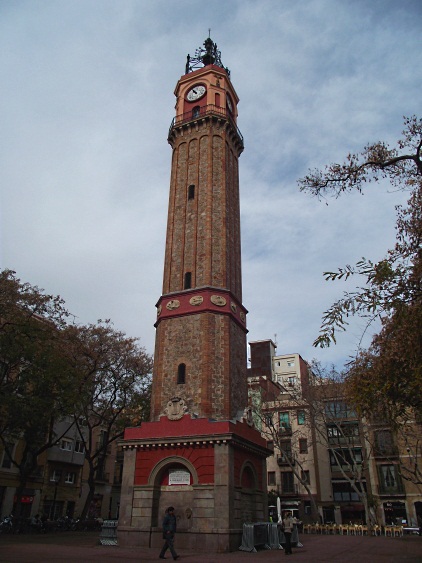 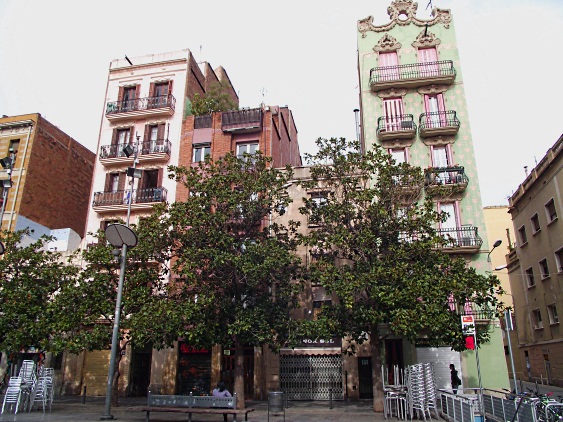 There are some trees imported from Argentina that have such roots, looks like crocodile skin: 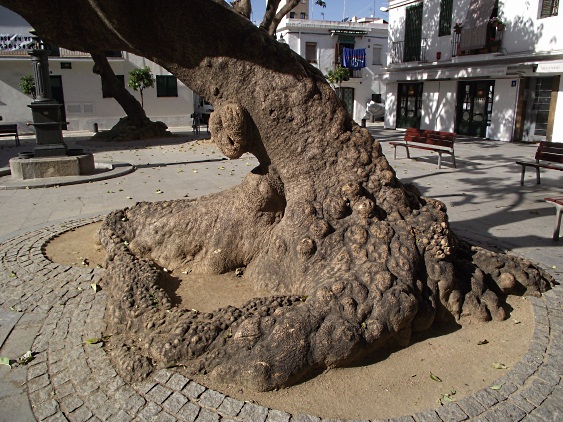 We even saw Arc de Triomf: 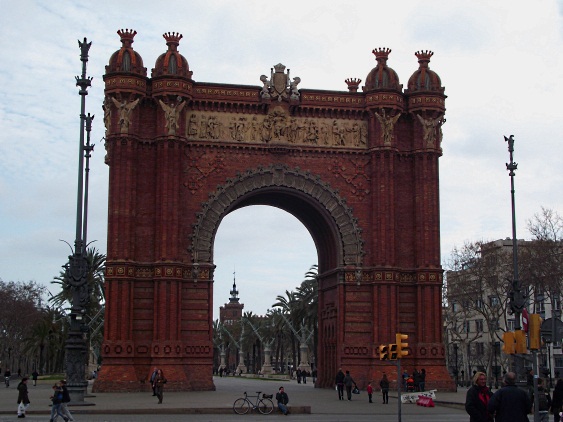 And I’ll finish Barcelona topic with a picture for us was strange in itself and strange that we noticed it only on the third day of staying there -it was by our house, on our way: 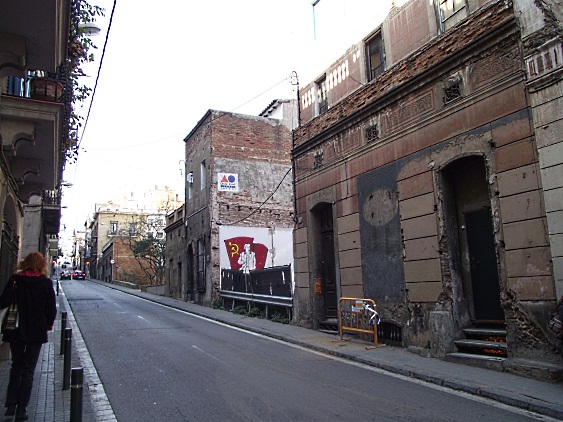