This winter we decided to go to Spain. For different reasons. One of them being – not to get too dis attached from Europe, the other – to do this not an easy travel till we are not old and have some energy and be done with it :-). Being raised behind the Iron Curtain I have never dreamt of seeing Spain, but I knew that it had a lot to offer. Maybe even too much, I would say – almost on every other kilometer…views and views worth stopping and taking pictures. So expect a lot of them in this Blog. I tried to select only the best ones, but there is still a lot of them…

To fly to Spain is almost the same as to fly to my country Lithuania, not an easy trip. So we had to travel there at least 20 days to make it worth. I flew there alone on the morning of Wednesday, February 23, then Andrei joined me in the evening from Ukraine, his country of origin, and then the next evening my mother came from Kaunas with RyanAir – Kaunas-Brussels-Barcelona to spend 7 days with us. We rented an apartment in Barcelona for 6 nights , between Valcarca and Lesseps stations on a green L3 metro line, so the first thing I did in Barcelona airport – changed some euros to pay for the apartment and went to the train station. Bought a T-10 ticket for 8.25e which is good for traveling with trains, metro and buses in certain city limits for 10 travels – and got to the apartment, which they call Parc Guell. In fact – it is close to Parc Guell. A smart Chilean couple bought an older building and are renovating it little by little as I understood, and renting to travelers. It had two bedrooms and a kitchen – dining room-corridor. it also had a big outside sitting area, but not for the cold weather we got. I can even write the address of the owners, because it is 70 e cheaper to rent directly from them versus through the internet company: call Mauro at 628695349, the address: Carrer de Bolivar n 17, 08023: 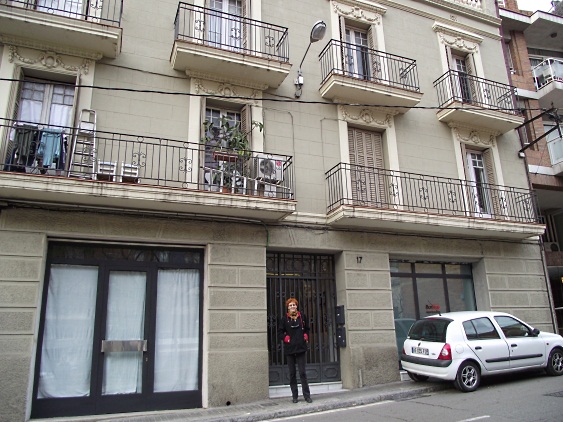 The apartment met me with this Picaso: 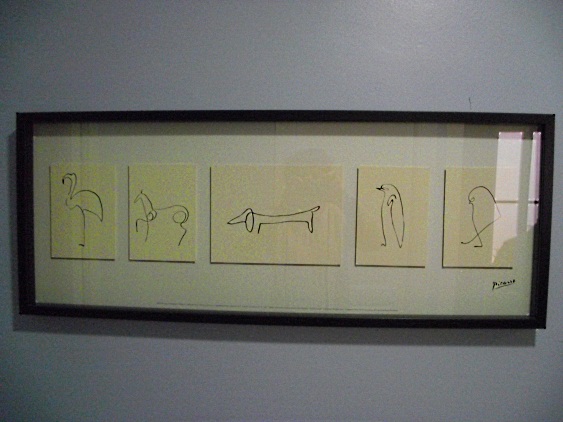 I liked it. The only thing I didn’t like about the apartment was the entrance – one has to get to our doors bending under the stairs leading to the second floor and for people of my height that means keeping awareness every time you enter or leave or otherwise have head bumps. After resting a little I went into the city and the first views I saw were a cozy church-corner and a modern library with strange decorations in front: 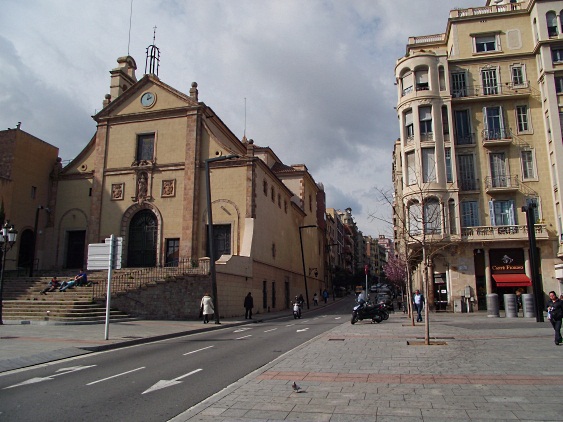 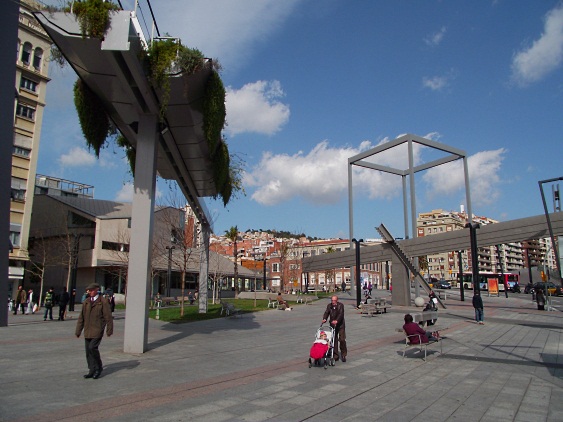 The first feeling – what a wonderful life people have in Barcelona. That feeling didn’t disappear till the end of the trip. It seems like everything is done for the people to enjoy life – the playgrounds are colorful and creative, the parks are nice and cozy, lots of benches to sit and enjoy views, all the multiple flat houses are so different from each other and so well designed, that it was hard to pay attention to the pavement – there was always a draw to look into the fantastic shapes of balconies, windows and other designs of the exteriors. And one has to pay attention to where one walks… 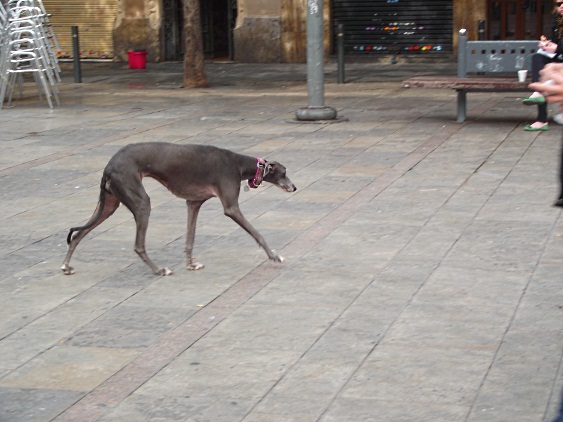 Spanish seem to love and keep dogs the same as other nations. And they have a taste in picking breeds :-). That is my opinion, for it matches my taste. But they never pick after their pets and I couldn’t understand why…That was the only shortcoming and it made their streets look very much like Bangkok, which is dirty…and sometimes even smelly. Which makes you miss American cleanliness in the streets a lot :-). But if you lift your eyes – it is so rewarding and all over Barcelona: 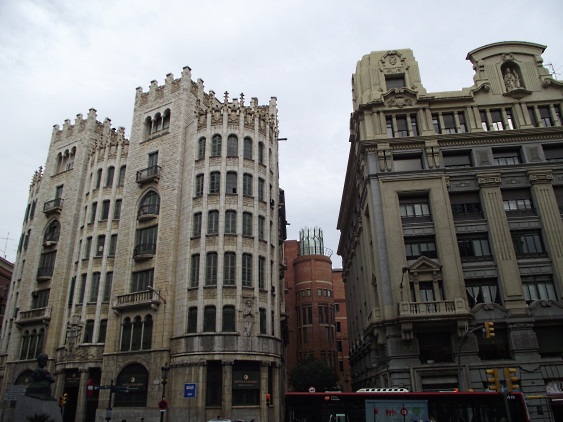 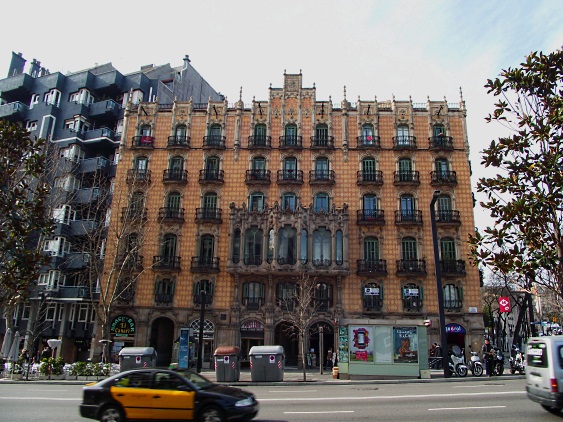 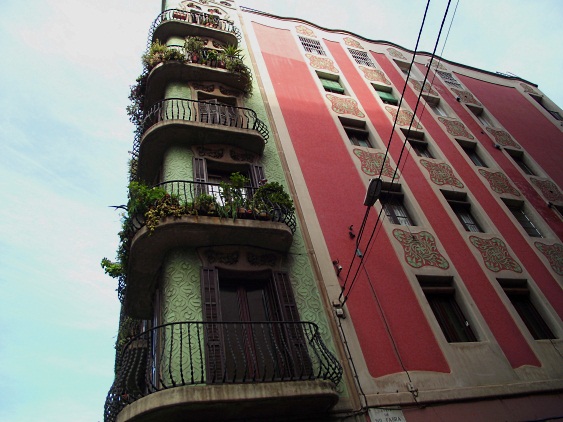 It is as if those windows create a rhythm on each facade and you can even hear their music, old and new: 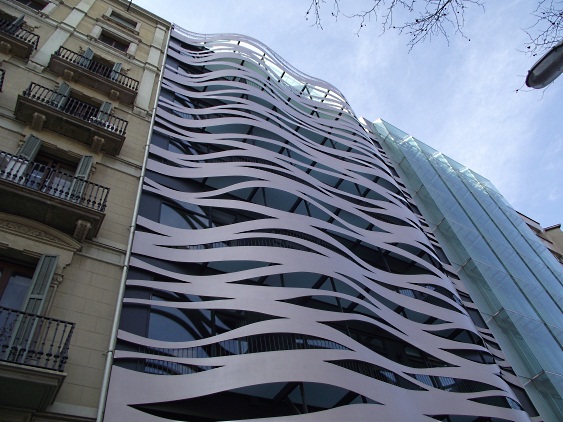 Who else could think of making this otherwise dull modern glass facade so playful? 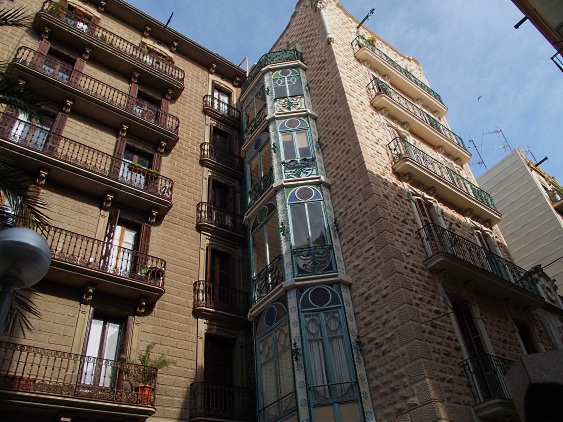 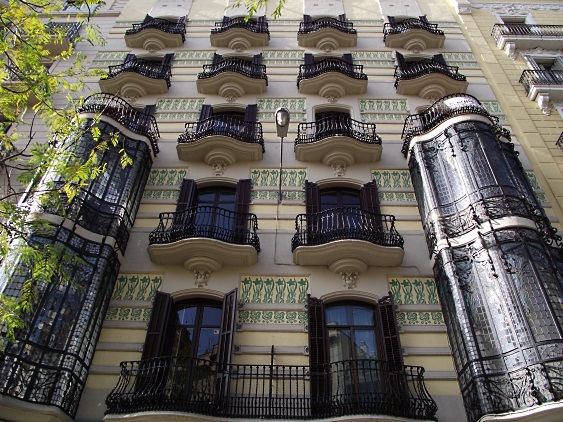 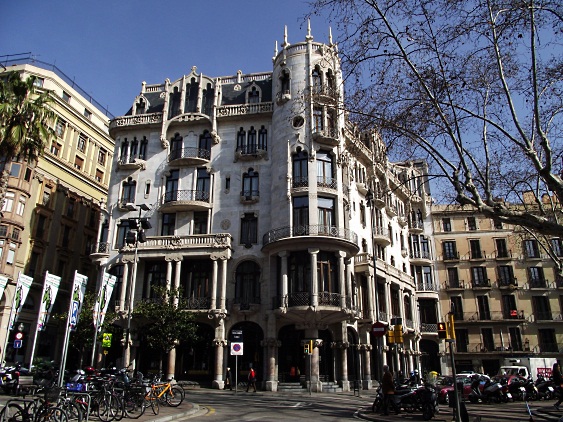 All those buildings are mostly on Passeig de Gracia, the street that stretched from our house to the very center of Barcelona – to Plaza Catalunya. It took me around 1h to reach it the first day. 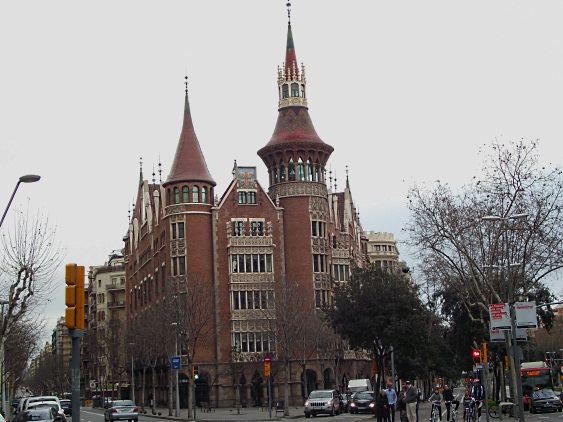 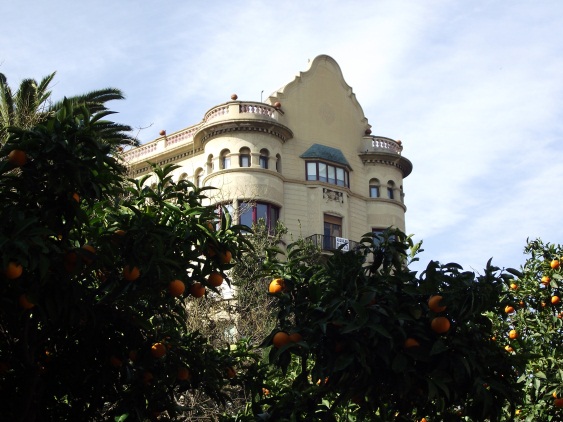 Yes, those are oranges or mandarins right in the middle of the city. 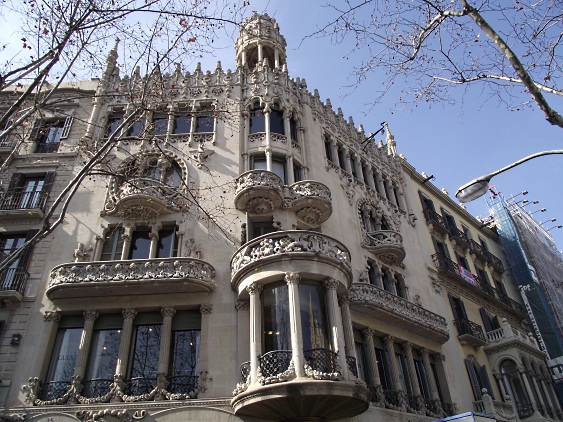 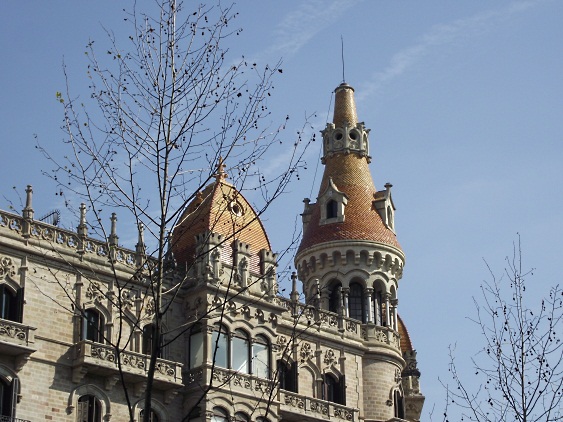 A little detour from Passeig de Gracia led to one of the first houses by Gaudi. This one was not so chaotic like his consecutive buildings that I didn’t like much. At least not as much as they expect while advertising Gaudi right and left which made me think they are using him as a marketing catch. Whereas there are so many more elegant and tasteful buildings around his and nobody pays as much attention. To finish my opinion about Gaudi – I like Hundertwaser much more, and I compare them because their styles are comparble. We were lucky to see Hundertwaser buildings and a toilet interior in New Zealand, they are on this Blog. So here is this “not so bad” Casa Visens, which has the influence of Moor architecture: 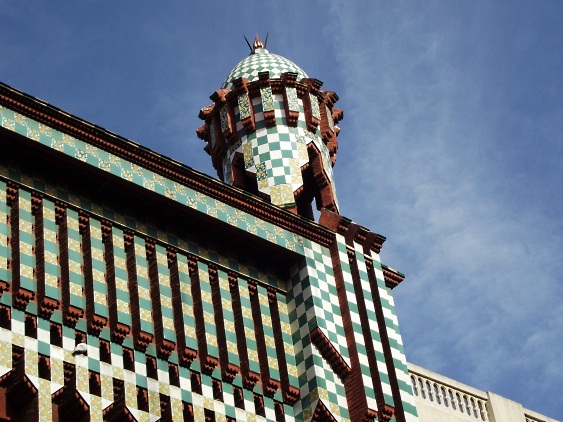 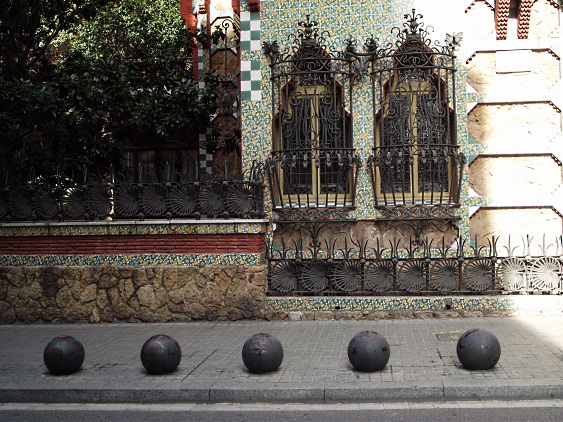 I am ending this post with the entrance pic to the metro station Diagonal (not to make you too tired ): 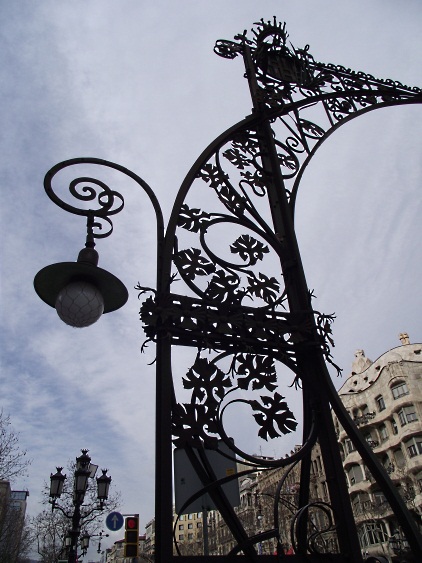 Gaudi’s La Pedrera is in the background, but as I say – his buildings are too much advertised everywhere, so I don’t want to emphasize them. They are a matter of taste.