It was a busy season since August started. Besides the boring and never ending irrigation, lots of good guests (which was wonderful!) – peaches were brutal this year. So many…to thin them, to support branches, to pick, to freeze, to give away, to try to sell. Our kitchen was permanently overstuffed with boxes of peaches… And me making jams… 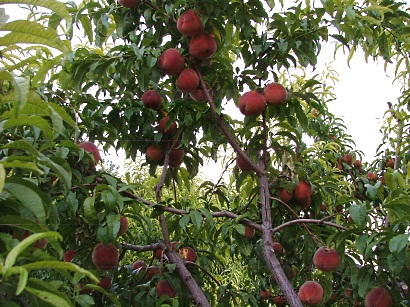 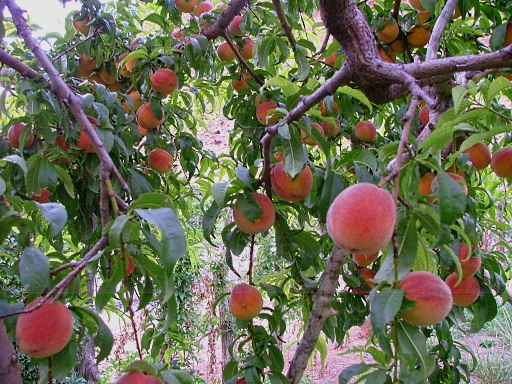 The two apple trees that we planted some 6 years ago were also loaded, but because we never spray them with neither chemicals, nor organic stuff – they were very much inhabited by worms, so we got a reasonable number of apples for our consumption: 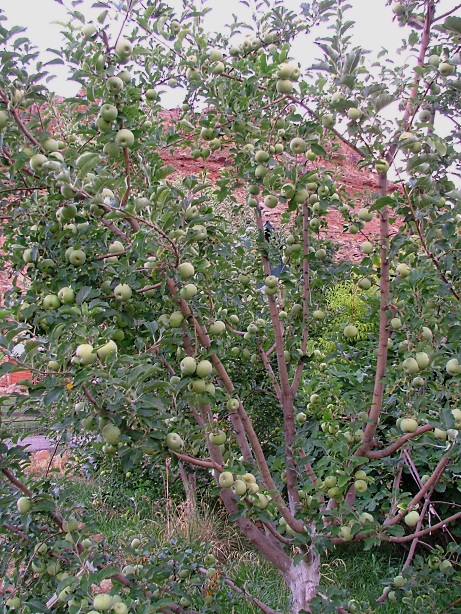 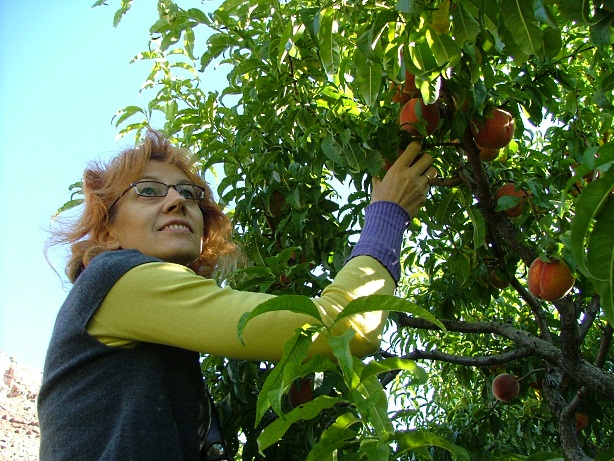 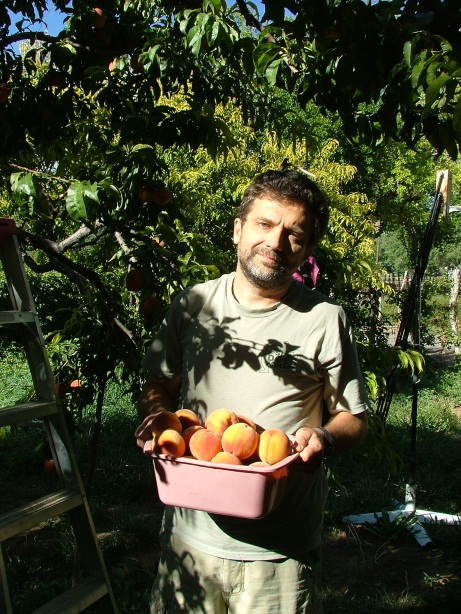 We also had figs, pomegranates, pears and right now before the frosts I picked persimmons. Quite a lot, I would say.

Here they are before the frosts: 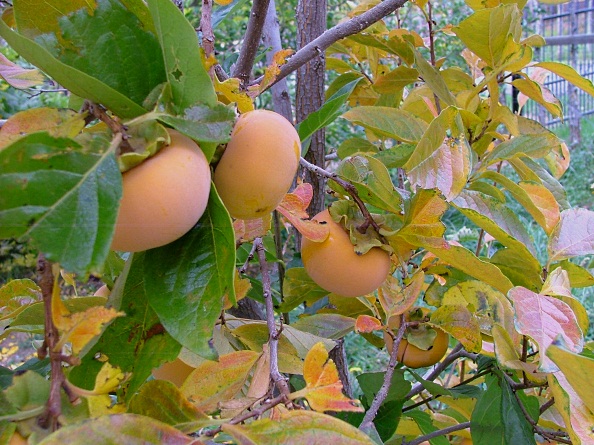 And after the frosts: 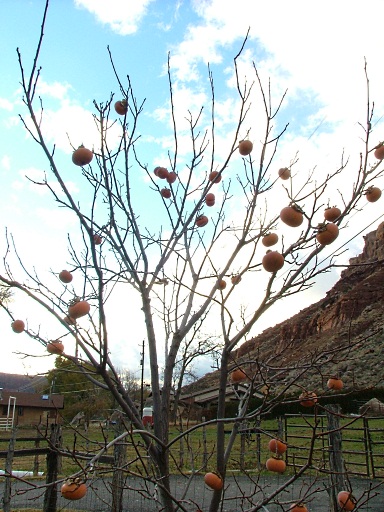 They are very decorative and very sweet, it is the best fruit to my taste. The figs also had lots of baby figs but the frosts got them. here is the inside of the fig bush just before the leaves were crinkled and down: 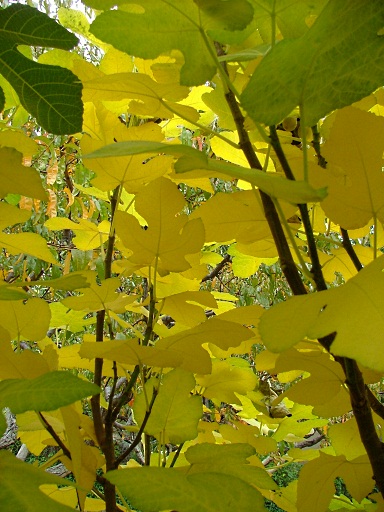 You can see a little fig on the right upper corner. The leaves are very sharp, harsh, I can’t imagine how Adam and Eve wore them as they were. I would have looked for a softer leaf for that purpose.

My garden also produced, but far from being abundant: 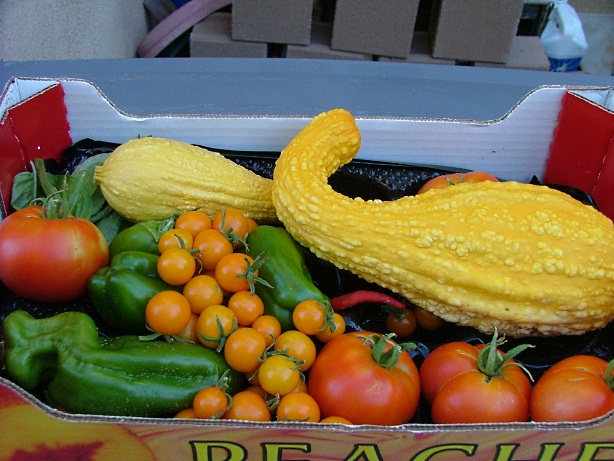 I used a lot of lama manure in winter and spring for the garden, but it didn’t seem to work well. From the 40 tomatoes I planted – we had enough only for the two of us -is it a lot? The cherry yellow ones were the best producers, with one individual expanding to a record size by late autumn, so that I felt sorry to leave him for the frosts to kill and was covering with blankets and jackets during nights for a while. But once the frost hit minus 4-8C -I gave up. So now we have a lot of green tomatoes :-). And here is a sweet Italian pepper which was more decorative than useful: 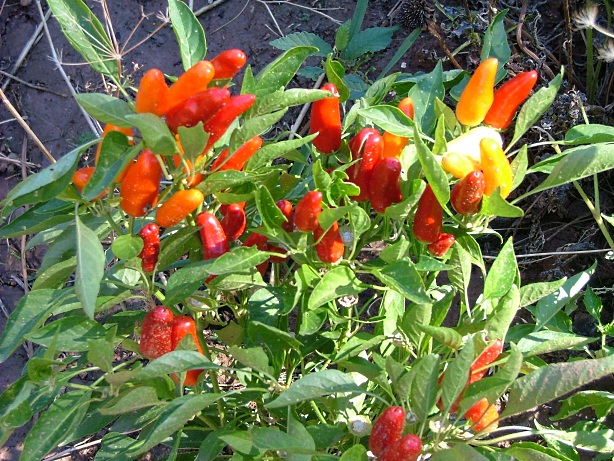 On the 24th of November we woke to such a magnificent morning: 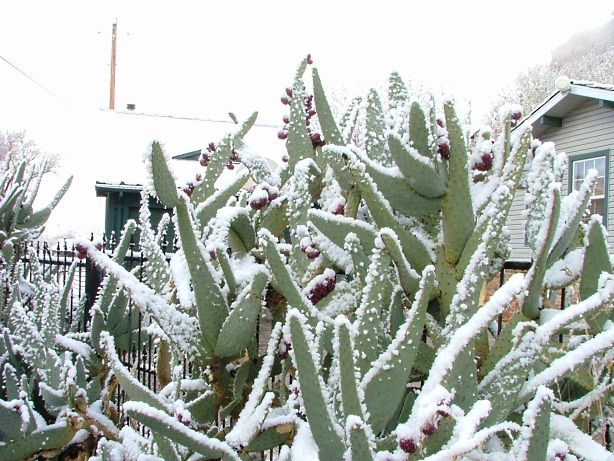 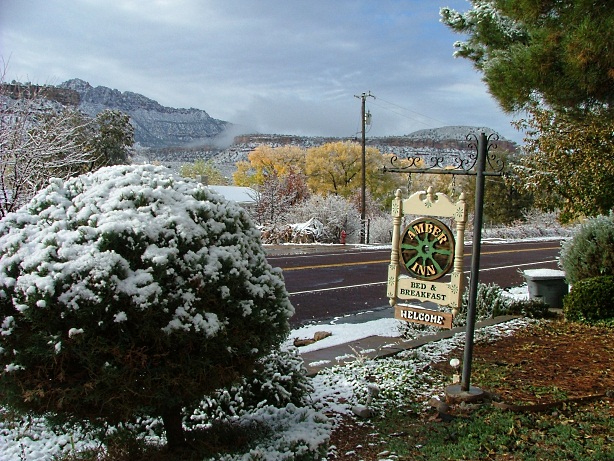 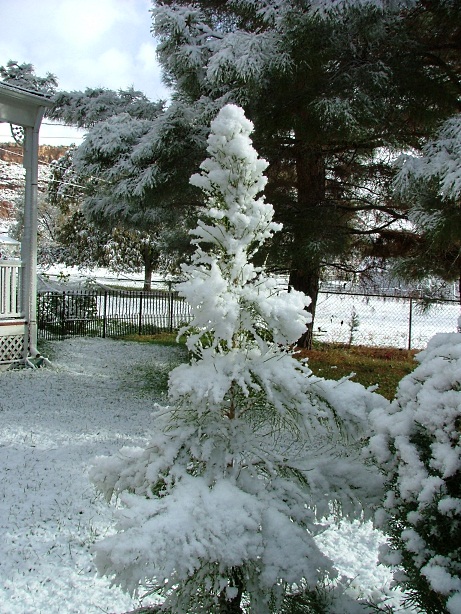 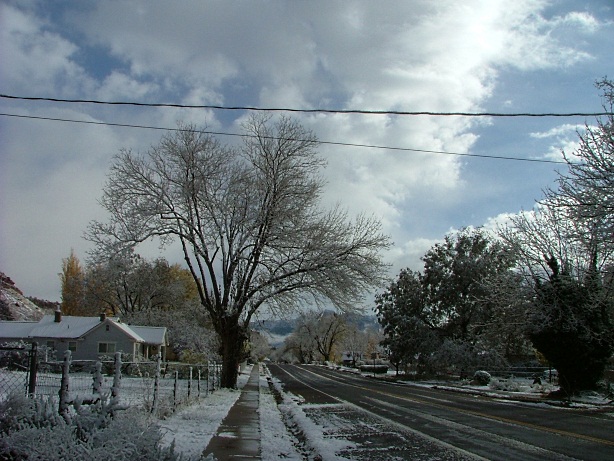 Our pear turned red only that night. 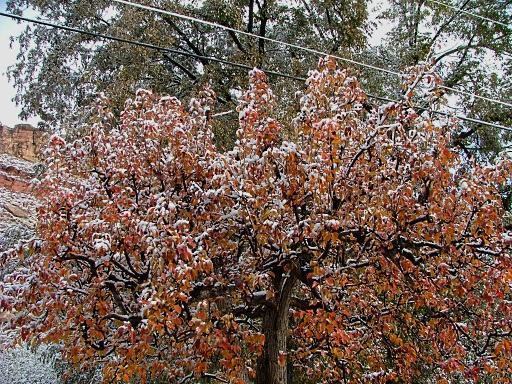 Most of our trees didn’t change colors, their leaves dried on the branches and are falling off now in big quantities. We can hardly catch up with raking and burning them. Thanks God there are those cottonwoods by Virgin river and around town – at least they turned yellow and we had some autumn colors. But they are fading fast… the unusually early frosts…