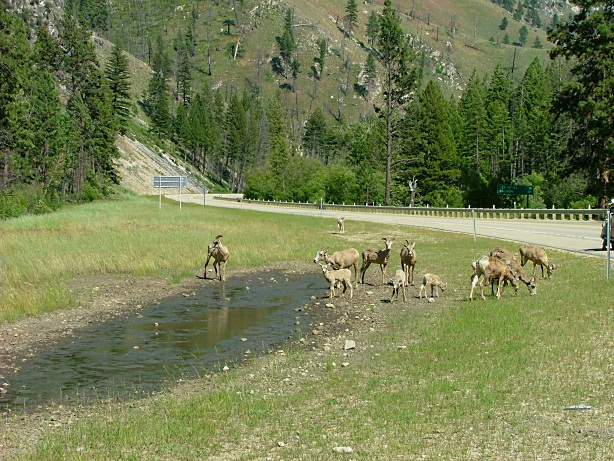 Already in Montana once of a sudden we saw those mountain goats by the road. 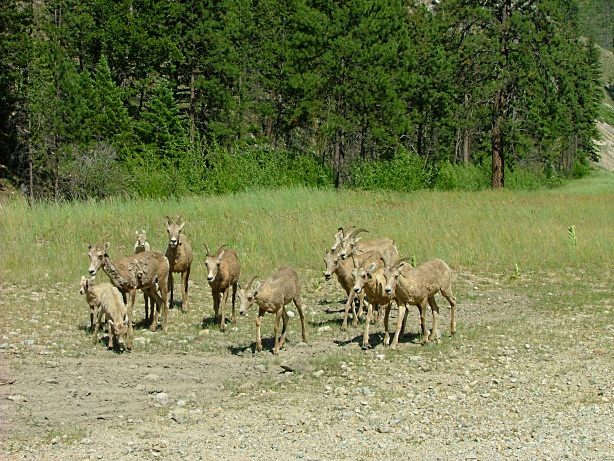 Then we reached Missoula, a pretty big city nested in among green mountain slopes and searched for a place to sleep.

It took us a while – each area didn’t seem attractive until we found a bunch of motels and lodges by the University of Montana campus. Now the days are long and after settling for the night I usually like to walk around the area and get more in touch with it. There was a big river by the campus and kids were swimming on tubes down it. There were streams joining the river and one of them had a family 24h restaurant built right on one of those streams – you sit by the window and see the waters rushing. Pleasant.

In the morning we already left for the biggest adventure – the Glacier Park. The road to it is beautiful all the way. And it takes 3.5 h to get there. Here is a view of Mission Valley from the road: 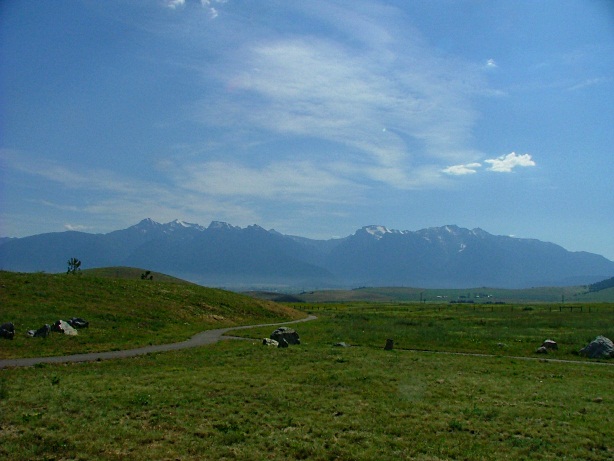 We passed a town St. Ignatius, but didn’t stop there. But stopped to take some pictures of the Flathead Lake: 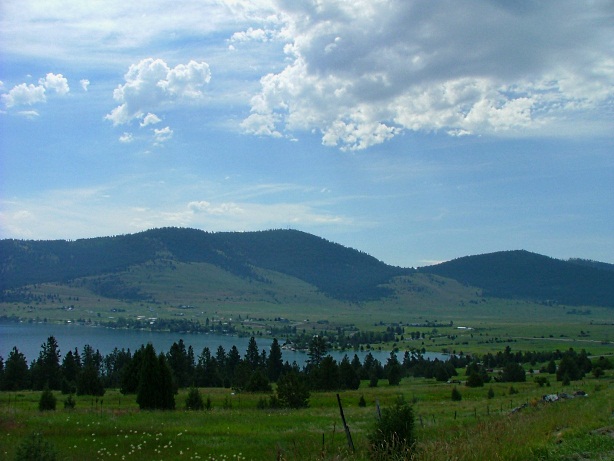 They write it was formed by glaciers. It is a big lake, lots of towns and resorts around it. A good place to cool off during this very hot summer most of the United States are experiencing. 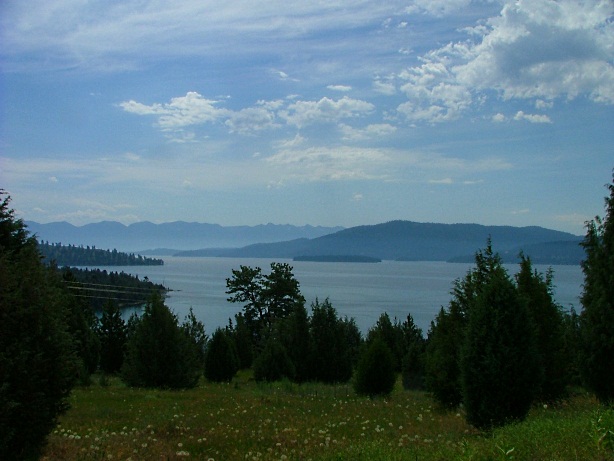 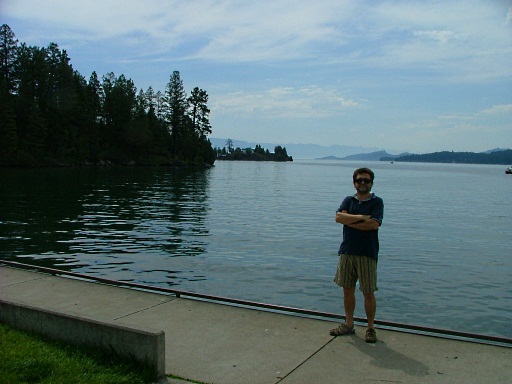