They say it is not safe to write about your trip while you are on it, so here we go – we managed to get out of our home , garden, irrigation, cats and fish two weeks ago – and travel for 6.5 days North. To cool off. So we headed towards St. George in order to start the cooling process – to dip into the emerald Quail Creek lake as it is shown in my previous Blog. Then we drove towards Nevada border, towards Enterprice. And on the way – here was the Mountain Meadows Massacre site…A very sad place. Though the valley is beautiful: 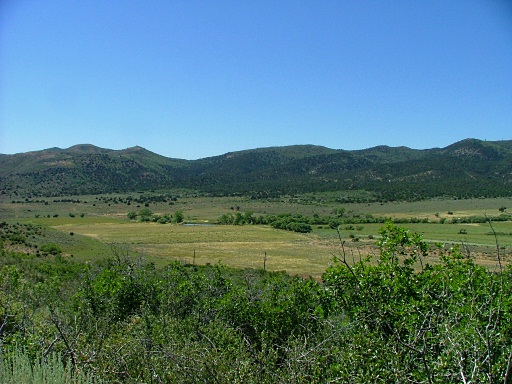 Here in 1857 a group of some 150 people from Arkansas stopped for a rest on their tiresome way to California, at that time – a land of opportunity. They met the Mormons who lived close by and asked for their permission to rest for a couple of weeks. Even gave them a good horse for that. There are several books written about the case but they all have the same conclusion – the Mormons killed those innocent people, except for several kids who were not of 8 years or up. There is something in their religion that forbids killing young kids…I wish there was something that forbid killing, period…Why? I guess even the nowadays Mormons are not quite sure, they explain it in fear, but isn’t fear the main cause of all the killing in the world ? Not to expand on the subject – this is the darkest spot in Mormon history. they built a monument on the grave sites, but…On that monument they as if praise themselves – the Church built and dedicated the monument, preserves it…but the fact that they killed and even the number of people killed – is not reflected on it. Also – a note: the killings were very brutal, happened at night and the killers pretended they are Indians. dressed like them and painted their faces like them… 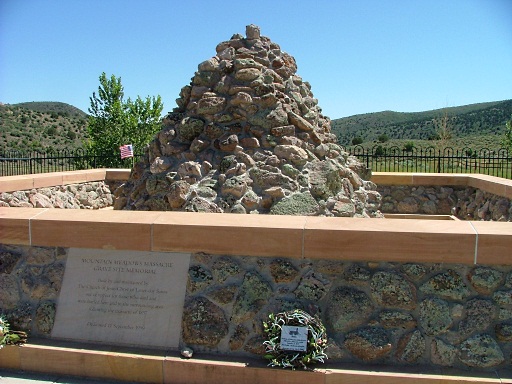 Then we drove and drove for some 4 hours over a mountain range, then through Nevada and reached Ely, the first city on the Loneliest Highway in America, that goes through Nevada West-East. It is an interesting city as all of the very few on that road. It has a grandeur in its past, the grandeur of a mining town. But the mining is almost gone, the gambling is also not very big there, far from metropolitan areas, it is depressed. We stayed in its biggest hotel – wow – 6 story high!, called Hotel Nevada. The hotel was the first such a tall building built in Nevada in 1929. Before all the hotels were built in Las Vegas. In its time it had prominent visitors such as Lyndon Johnson, the president of the USA, Ingrid Bergman, the actress and many more celebrities from the entertainment business. Including Stephen King who came here in search of the three ghosts who live in the hotel. I wonder if he met them, we didn’t. 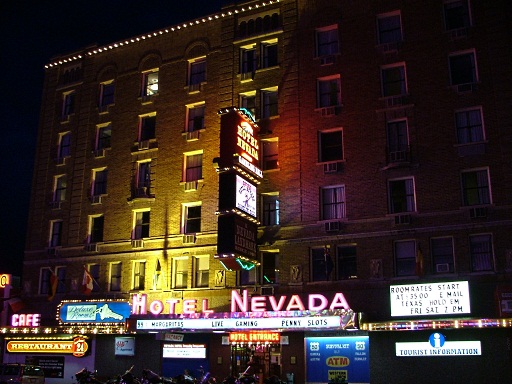 A view from our window and our room: 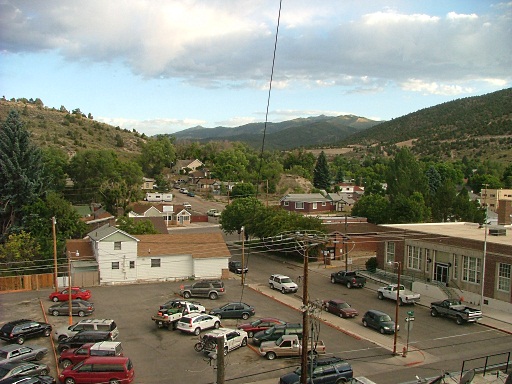 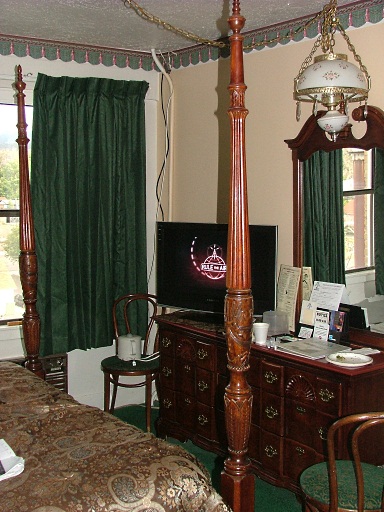 Rooms are not big, but cozy, furnished in old style, but the facilities are modern and clean. It was funny to see this flat screen TV in our room. The lobby and corridors have a lot of character created by Wild West artifacts: 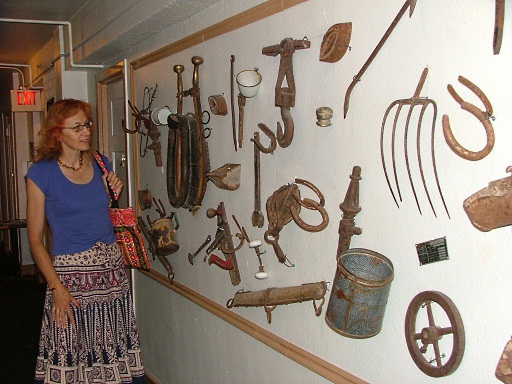 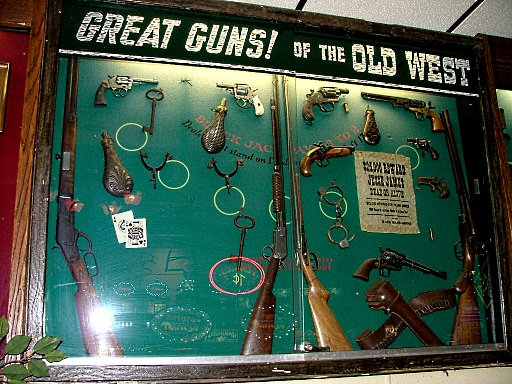 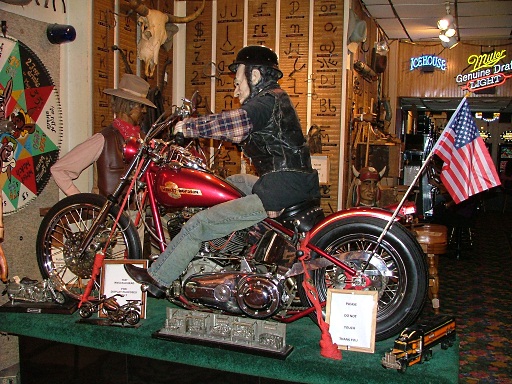 Though I am very much against killing animals those chandeliers looked very impressive: 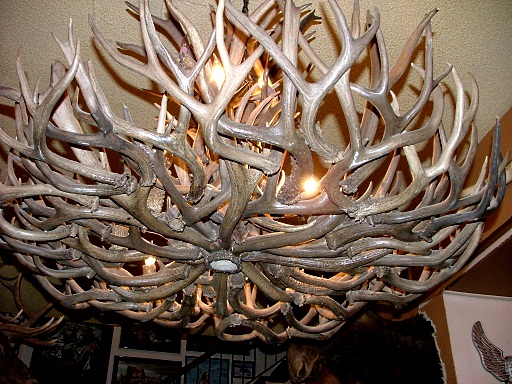 I hope they are made from shed horns… 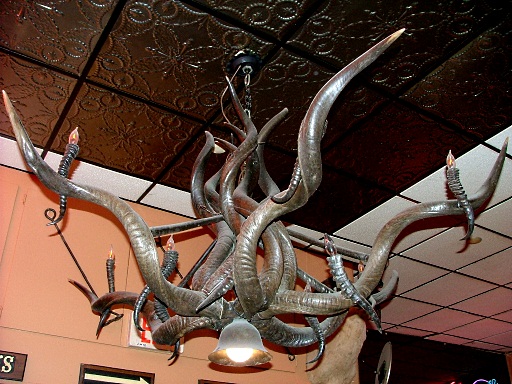 There used to be a bigger collection of miniature scenes of various activities people were doing here, but at least there are still some 4 left: 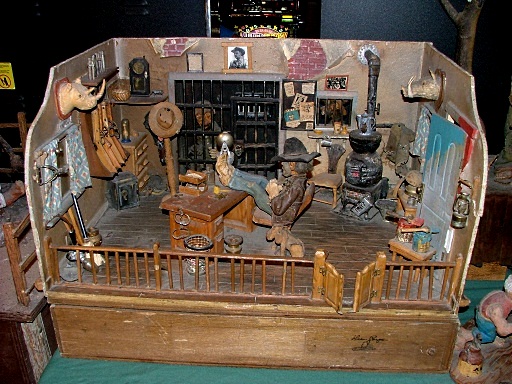 I guess this is a jail guard working hard. 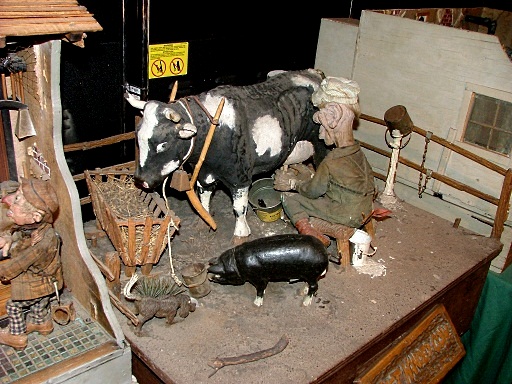 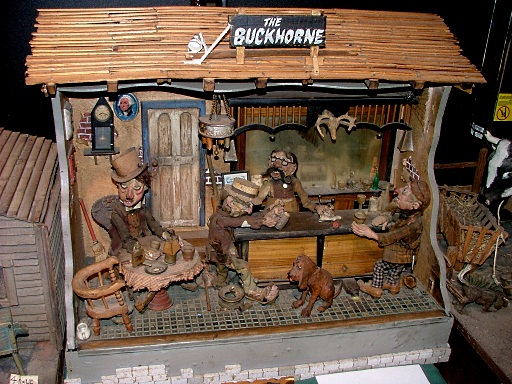 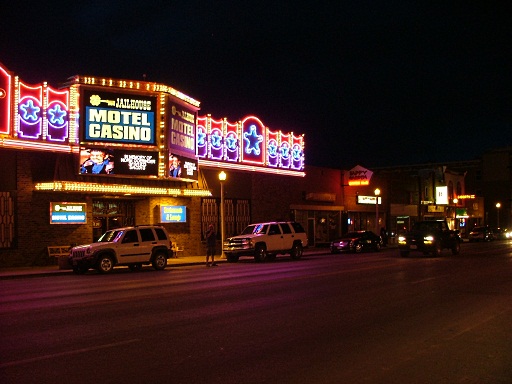 I am not sure if we went to this or another bar for beer…But here is the Woman’s bathroom door in that bar: 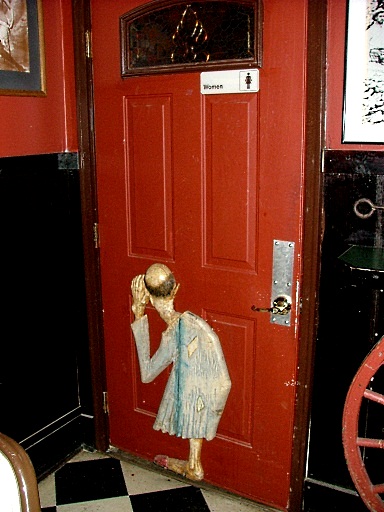 I specifically checked the door on men’s bathroom – there was nobody peeking…:-)

And in the morning I walked the meditation labyrinth with all those abstract statues or constructions around: 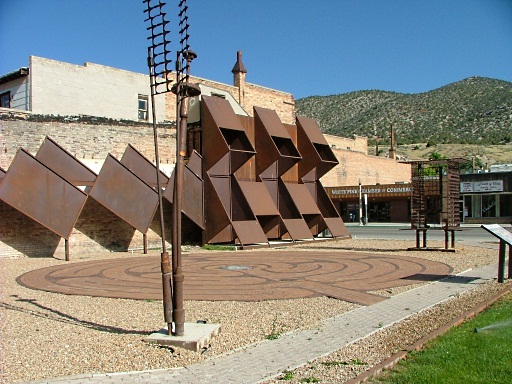 While two crows were kissing endlessly on the opposite roof: 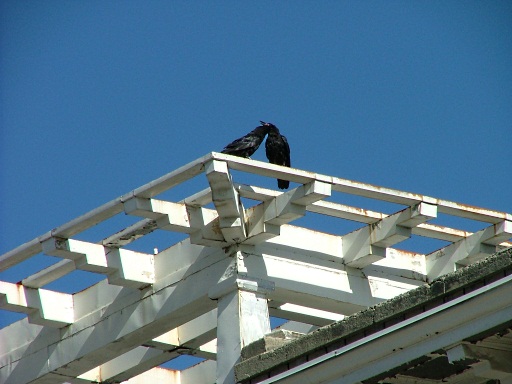 From there we drove up towards Idaho, Twin Falls.