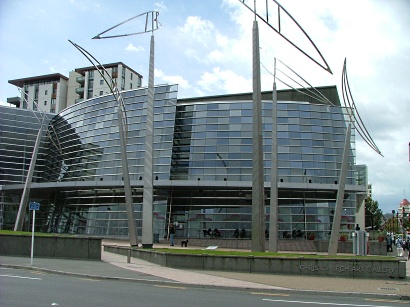 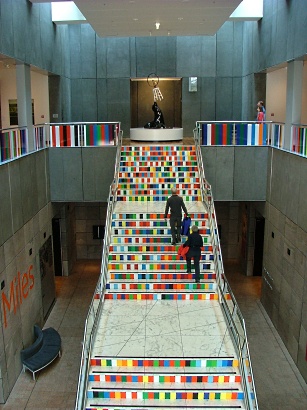 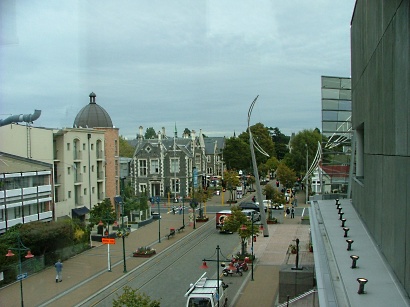 The Art museum was planned for the morning. The building is really impressive. Very modern architecture. As if
designed by Sir Warren, if I remember correctly. As if he is a distinguished architect here and has built so many
impressive buildings. But I have to check if I am writing his name right…it was his exhibit in the building, but
for our tired brains – too much reading and attentive looking. Else – there were some exhibits, some alder some
more modern New Zealand paintings, but I wasn’t impressed at all. Sorry. But it was our luck – we still had some
time to walk around the Botanical gardens which are one of the most wonderful we have seen here: 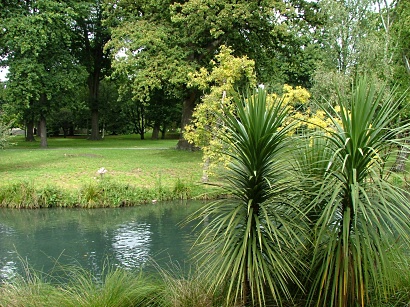 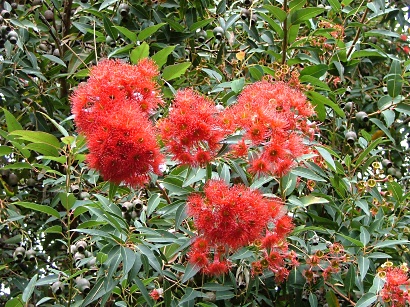 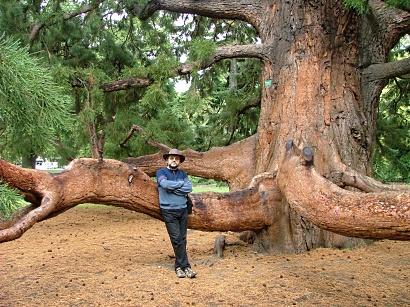 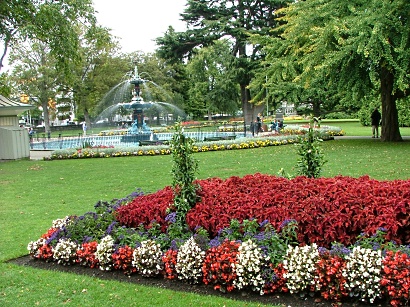 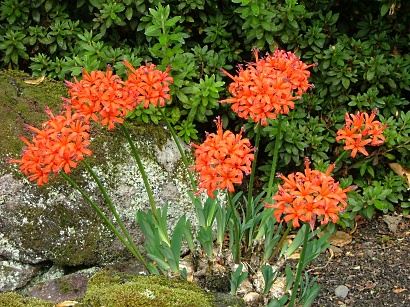 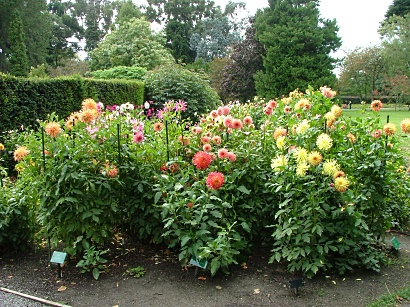 The begonia collection almost got me fainted…: 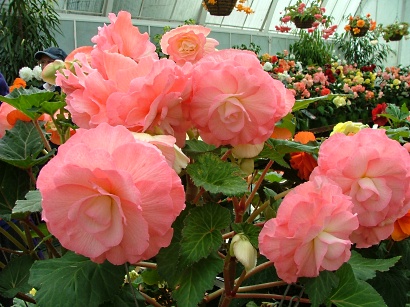 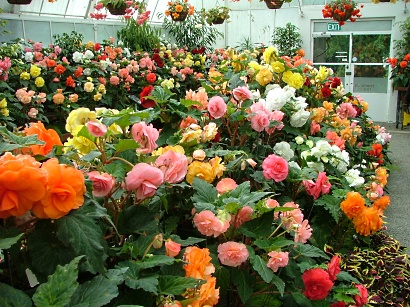 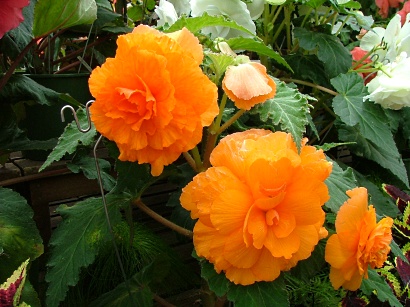 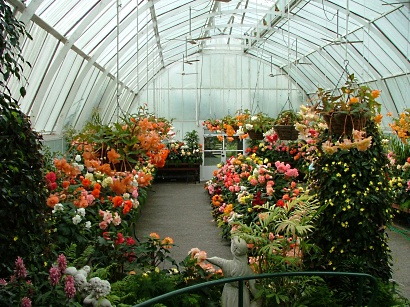 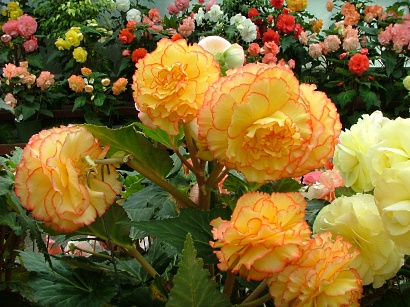 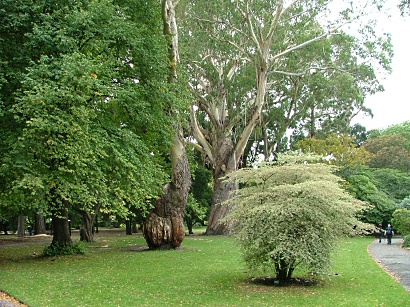 What secrets do they know so that their begonias look like queens of the flower world? there was no time to figure
out, our car was on timing. So we ran to it and left the city with another mystery we haven’t managed to figure out
– on the map Christchurch is as if on the sea shore, but they don’t show the shore in the detailed maps, as if it
doesn’t mean nothing, that sea or the shore. The action is deeper inland. And as yesterdays singer told us – New
Zealanders are strange – the rich ones choose to live by the airport, but not by the sea. So who knows – we tried
to drive to their sea, tried to reach the coast, no luck, ran out of time and gave up. As I say – who knows – maybe
it is not attractive at all, maybe it is like marshlands…This land in the area is different – there are a lot of rivers rushing to the sea, but on the way they spread their stream so much that they divide into small ones and finally not much reaches the sea. It reaches – only under the surface. it was described in their museum in the water theme – the cities on the coast do not get enough water, the ocean steals it from under…

So we drove up, towards North, and when we got closer to the coast the road started to wind a lot. There were
Cathedral Cliffs on the way 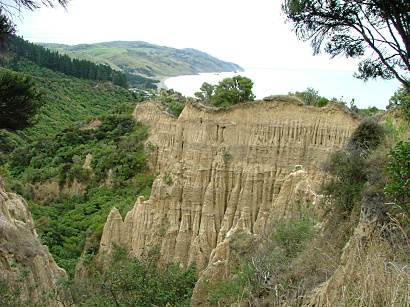 then some short tunnels, the mountains appeared again, even with white peaks. And when we reached the most beautiful place – it was Kaikoura, our destination. Accidentally we found an art gallery of a Swiss artist, who enjoys his unorganized (versus Swiss organized) life here. We didn’t expect to like his art so much that we bought a lot of his prints. There I met a Lithuanian woman who still remembers her language though her mother has died 6 years ago and since then she never spoke Lithuanian. She was excited. She lives in Australia and her name is Valeri. 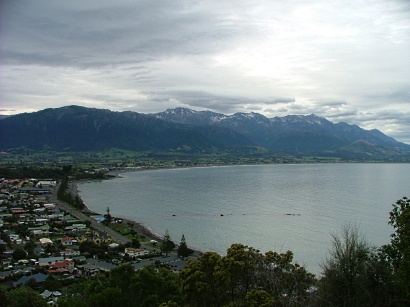 We found a nice little cottage with a lemon tree and apple trees and an herb garden right by the sea. the owner is a very nice Kiwi – Tony.And here we are alone, spreading our computers on the kitchen table! and drinking tee with Tony’s lemons. He also has a koy fish pond and two big aquariums, as far as I saw in my area. Both aquariums are resembling their river underwaterworld, like the ones they do in zoos. And only a whitebait is swimming there. It is a small fish, nothing fancy, but the man evidently likes them – there are a lot of framed pics of that fish in the house :-)!

And we also saw several seals, as planned. they were very cllose to us, on the shore lying on the rocks or even the grass and bushes. Seemed very tired, wanted to sleep. Only one was making poses, pointing his nose up, etc.Andrei’s jacket is bright or maybe he came too close – the seal barked once at him, showed his teeth. But other than that they were not making any noise, not like in California where they are shouting quite a bit. 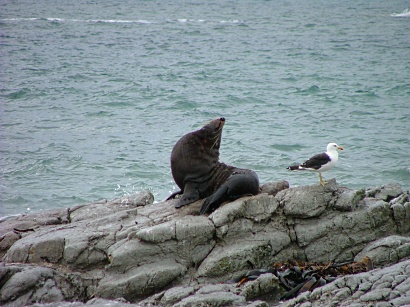 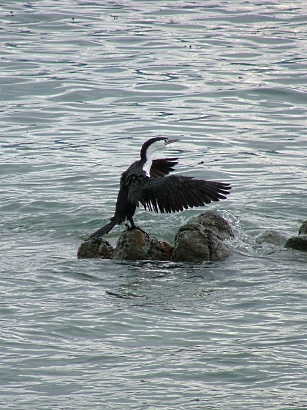 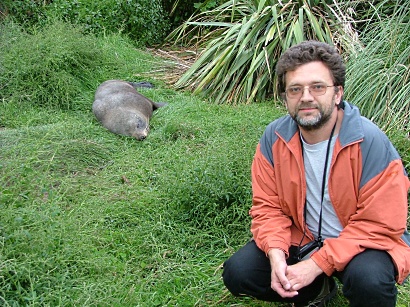 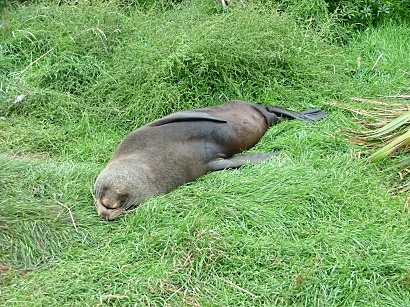 So the town looks like this – very nice, can’t be nicer. We had fresh seafood directly on the beach on the way to the seals, but I was very disappointed…Andrei’s scallops were fine, but the portions were like for kids, or models…I ordered Paua (Abalone) – a body from that beautiful pearl shell, and got a pancake super thin and with several black gum like peaces in it. No taste at all that I got so unhappy that we had to drive quickly to the center of town to get some quish for me…Some real food :-). So not everywhere in New Zealand is tasty, as I mentioned earlier. Somewhere it is, definitely, but some places are for making money…as everywhere in the world. 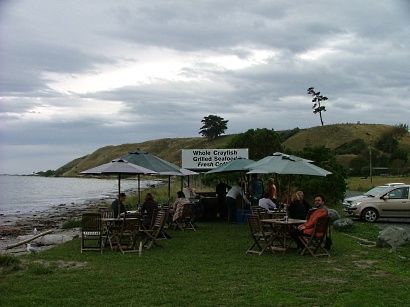 Tomorrow we are driving to Picton and taking the ferry back to Wellington and rushing towards Auckland…It is already warm all day, so unlike it was yesterday. Already the Antarctic winds have changed their direction. It is quiet here, too, nice.