We decided to stay one more night in this quiet place by the sea. On a long trip you need a place to rest a little. Plus – a big storm came both islands and we had strong winds and rains throughout the night. But the day was warm and not rainy at all. We even saw some sun. So after working with computers for a while in the morning we drove to Hokitika Gorge and its Swingbridge (the charge for the previous bridge by Murchison was $5 NZ, this one was free): 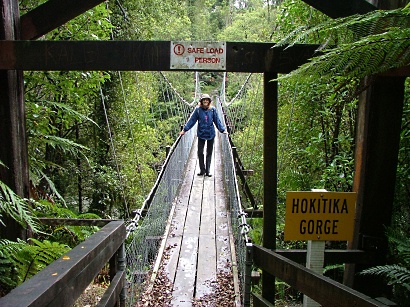 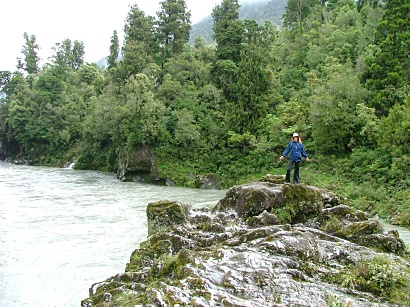 After the night’s rain the river was very lightly grey. And very strong: 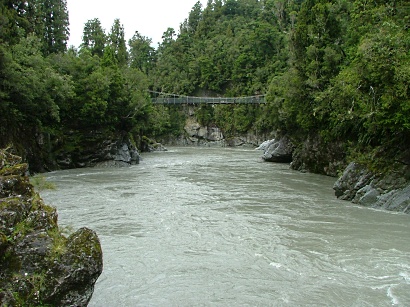 The path to it was through the rainforest: 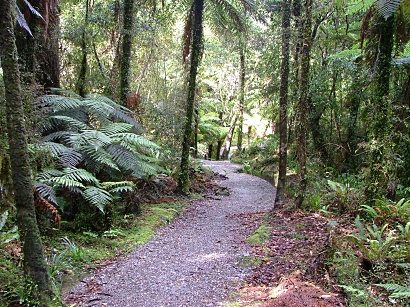 Then we returned a little and drove around lake Kaniere. On the way by the lake there were Dorothy Falls. The water falling from them was amazingly orange: 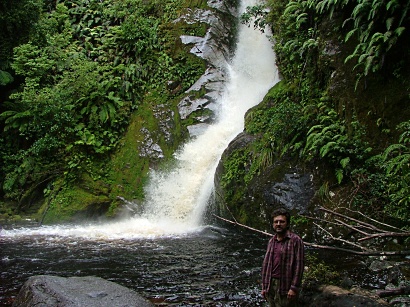 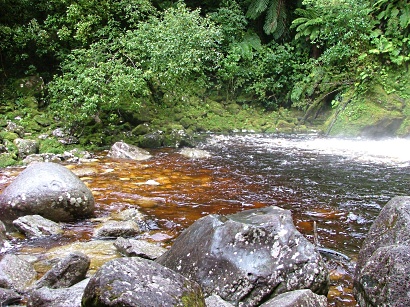 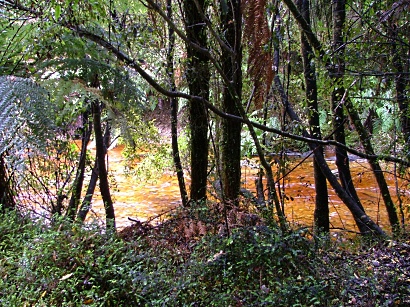 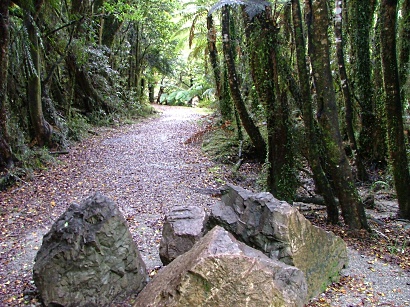 There was dense rainforest around the lake. And the lake looked pretty: 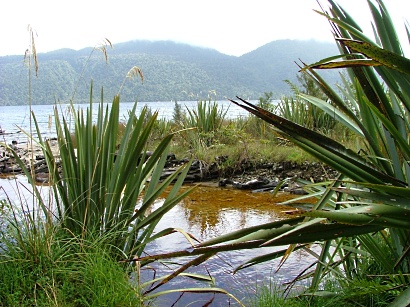 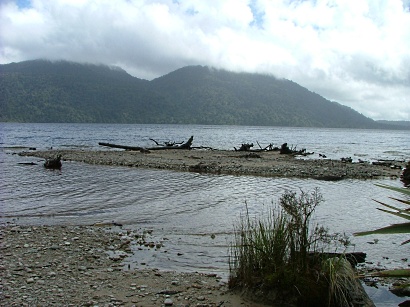 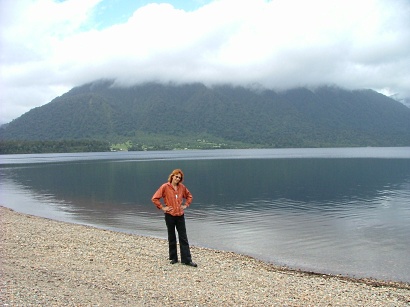 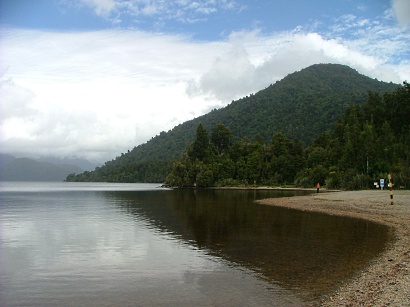 I tried to swim there, but it was too cold for me…

But by the shores I saw the same plants I admired in Marahau by Tasman Park. they look super exotic to me, and in Lithuanian I call them “stipenos” which would be some kind of analog of “anorexic” in English: 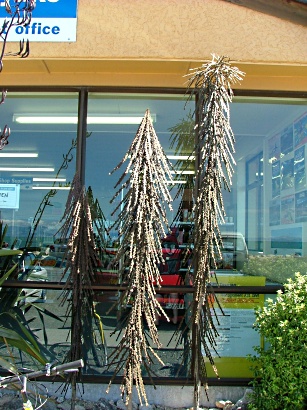 They have very hard leaves and don’t remind wetland dwellers…They look more fit for a desert. But they don’t care and grow here where it is really wet.

We also stopped at Rimu Lookout and the views were stunning! it doesn’t get into one pic, it is so panoramic. The river with islands opens in all its glory: 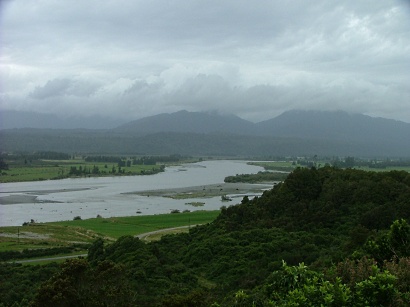 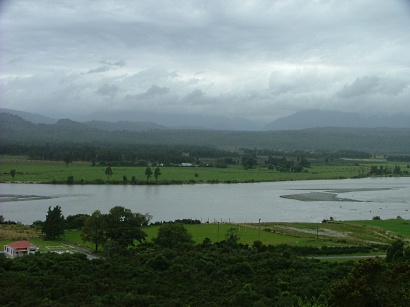 And that is it, after that we had Fish and chips with beer and Anrei had some good time with his PC, while I ran to the shops, admired the beauty of their creations in Green stone and then tried with no luck to find some green stone by the stormy sea:

One wave even caught me, I tried to run out of the wet, but like in a horror movie – fell down and felt helpless, shouted into the sky and then figured out that everything wasn’t so bad as I expected.

The other thing I have to mention – yes, the sand flies here are terrible. We brought two types of repellents from US, bought one here, bought some antihistamine, we are all bitten, scratching like crazy at times…But that is no news, because all the books write about it . Except you always expect that bad things are for others, they won’t bother you as much :-)…

Some pics of Hokitika: 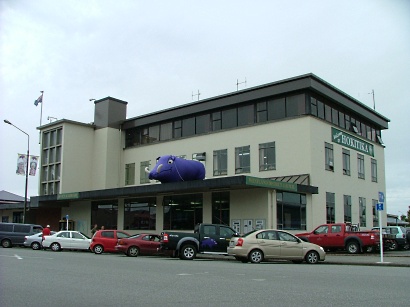 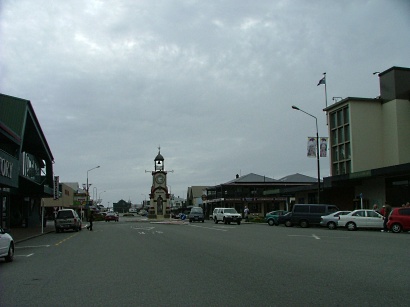