We planned to drive more and walk less today. So from Motueka we drove to a source of Riwaka river called insurgence. It is several km to the left of the main road #60 leading to Tanaka, before you start climbing the mountain. A group of ducks met us and begged for food. Which we had – we just bought a bag of Nashi pears from a garden: 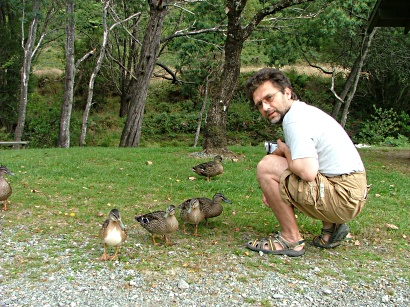 Then walked a little walk up a very clean and buoyant river to the hole where it comes from under the mountain: 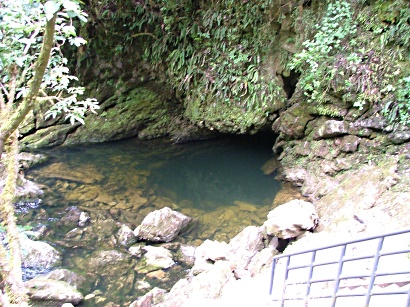 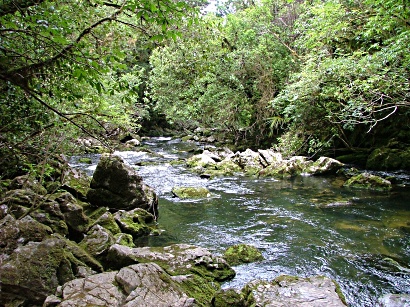 The mushrooms I saw under a pine tree by parking lot were exactly what we pick in Lithuania and we call them “lepshiai” : 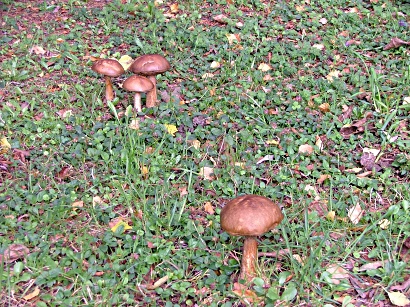 A drive up the mountain to the height of 791m was very windy as can be expected. The views…well, the views are wonderful here everywhere. I just started getting a feeling that very special hobbits should really live here – you have to be special and kindhearted if you are surrounded with such landscapes… 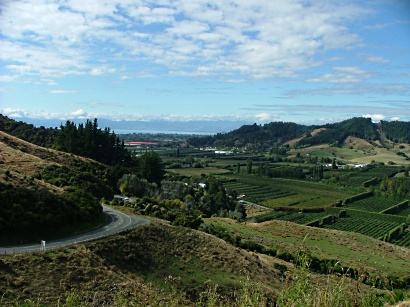 So we reached the mountain and then started descending. Evidently there is no pass here, by which I mean – some lower part of the mountain so that cars wouldn’t need to climb so high…

And then we saw the other side – another green valley, a long one. Tanaka was there, a rather long way towards the sea. But you could not see the sea from town. Instead we stopped at a museum and gallery where I found the needed souvenirs. And also noticed a very interesting shop where they knit alpaca wool sweaters and boil them to make it look like a harder fabric. And then sow really fashionable sweaters – in such a corner of the earth… Such a fashion…Such good taste…Unbelievable. The sweaters were the most beautiful I managed to see here in NZ while running through stores (always no time…). But the price looked rather steep. I think they are for movie stars and by that I guess they get them here :-).

Passing Tanaka we turned immediately to the left after the bridge – to Pupu Springs – another source of another river…This was even more impressive. 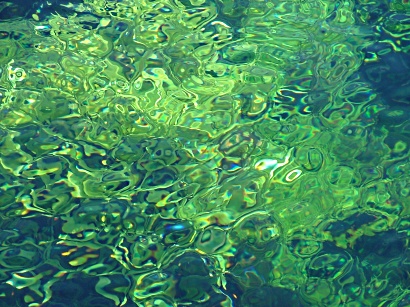 It is a Tapu – a sacred place for Maori and I felt why. They are so pure and clean – that you can look at them for hours. By “they” I mean several bigger and smaller rivers which make an island and join together. Because that place has several holes in the ground and from some of them the water is coming with such a speed that the pool on top looks like it boils! 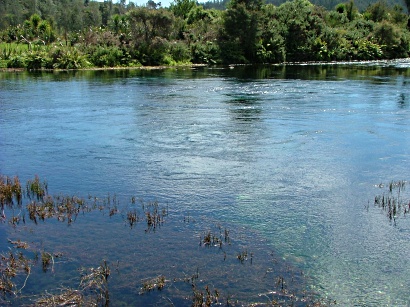 The water there is considered the cleanest in the world. Not too cold. But again – no time to immerse in it…Which can be done a little down the river. 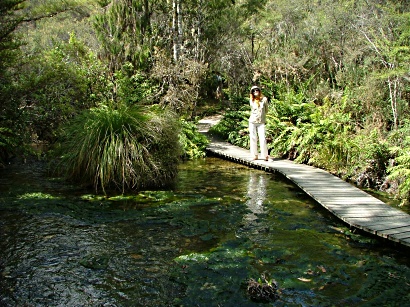 We needed some rest to cool down and had it in the Mussel Inn by the road further.The beer there is out of this world…At least for my taste buds. Nothing can beet their beer. They produce it there because they grow hops there all around. The ones we drank were Red Deer Draught and Captain Cooker Manuka Beer -the latter is flavored with freshly picked tips of Manuka tree. It is even medicinal! I will miss it…And the food was good as always. Mussel chowder had a lot of veggies, healthy for me. 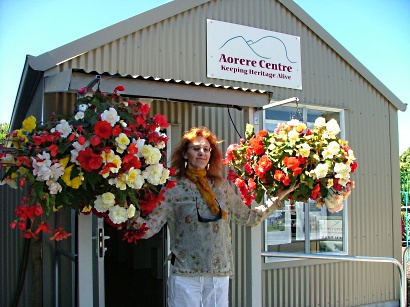 On the way from there we noticed a lot of black big birds and couldn’t believe our eyes – they were black swans with red beaks in such numbers that it leads to thinking that all the Northern hemisphere’s swans have been gathered here for wintering…It is a pity they were swimming further from the beach and we had no binoculars to get more pleasure in watching them. 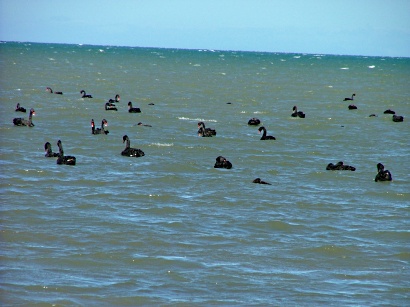 After some rest we reached the visitors center of Farewell Spit. They are deceiving there :-)…there is usually nobody in those visitor centers here to answer questions or give advices. There is only some map on the board and some explanations. They mention about 20 min walk to the beach and I took it as a truth…We walked and we walked through the pastures, and I got a little mad to tell the truth, because today our legs and backs are tired enough from yesterday’s 14 km walks. Yes, the scenery is beautiful, but it seemed that they made the path almost parallel to the beach instead of going straight to the other end of the Spit to the Tasman sea. 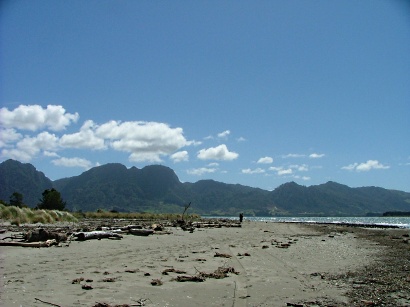 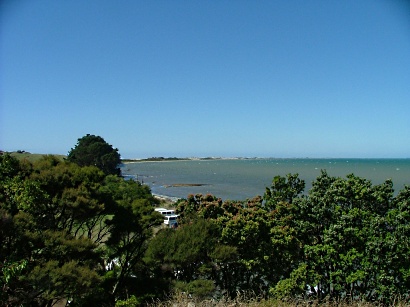 I wanted to see it because I read it has a lot of sand. But as you can see from the picture – that spit is really far away, by the horizon…Yes, we reached the dunes, then walked by the sea, did a loop, but it was a little too long for today…the wind was very strong, so no enthusiasm was left to play in the waves which would have refreshed us. 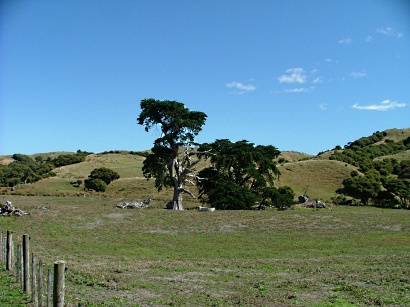 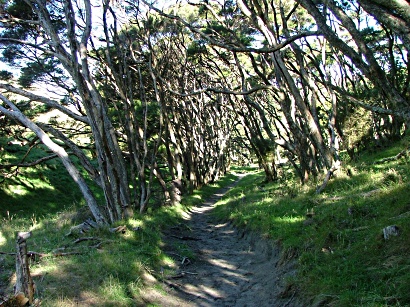 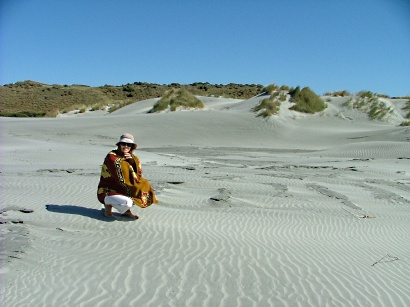 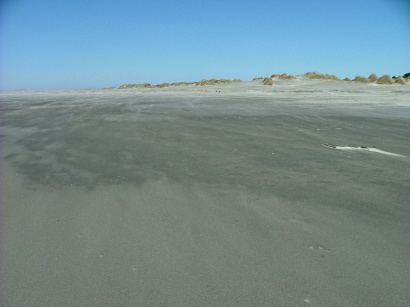 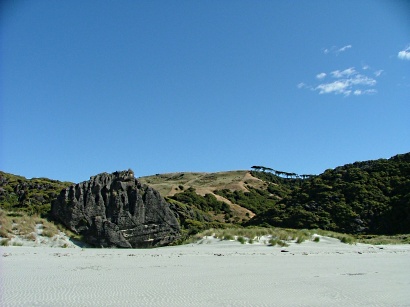 Coming back to Motueka took us 1h 40 mins. We are sleeping in the same motel, and tomorrow heading south-west

towards Westport on the west coast. 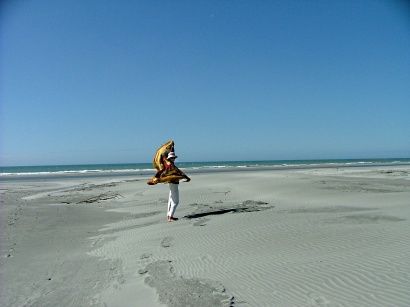