I haven’t written for a while, it was a busy summer. We had no time to travel, so there was a pause in my posting. But we still did one trip in the end of hot July when the monsoon clouds in teams were crowding the skies: 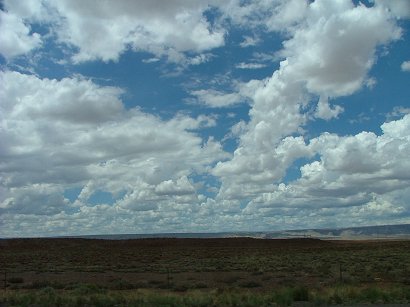 And then they would concentrate into one bundle and rain: 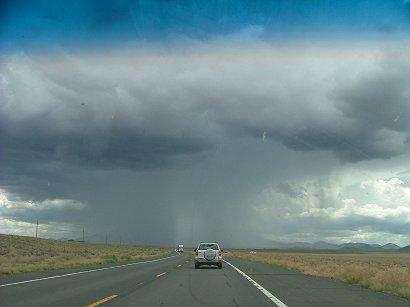 So we headed south to Arizona and down past Flagstaff to Prescott. But on the way there was Montesuma’s Castle. It is just a name for an ancient Indian dwelling built in the crevices of the rocks. It is definitely worth visiting, except the timing was not good – way too hot. The sweat was running and the short trip from parking to the castle seemed like a hard walk. But the view impressed. It is unbelievable how those people were not afraid to live so high up, to raise their kids without losing them to the bottom and constantly climb up and down for the water supplies from the river:

Next day after staying for my Bowen class in Prescott we drove back towards Flagstaff through Jerome. It is located on a rather steep slope of a mountain, but luckily not as steep as Montasuma’s Castle. Maybe that is the reason people still live in Jerome, though some of its buildings are abandoned and it gives some charm to the town. The main street is winding down the slope and here we see a house for sale – it is listed as a previously operated Brothel with two big windows for the girls to show their beauty. I don’t remember the price of it, but it was reasonable: 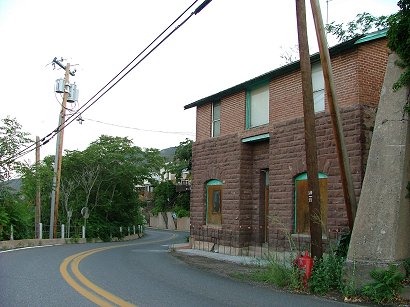 And the street winds down: 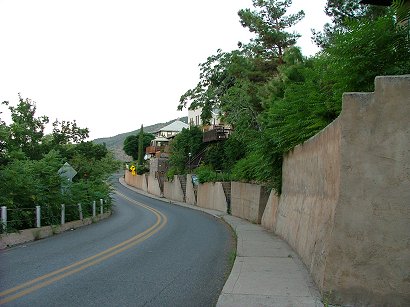 Looking down from Jerome into the Valley we could see the Jerome Museum set in some rich person’s mansion who established his riches while running the copper mining business in the mountain. It is a pity we were too late to visit it. 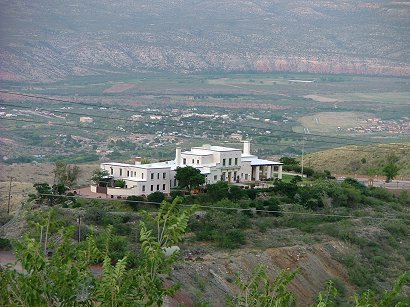 A church turned into a hotel? 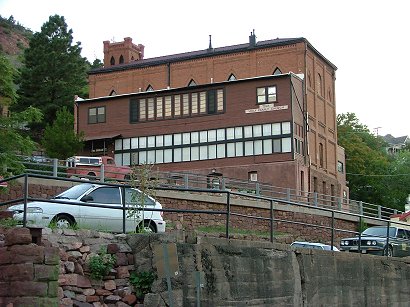 The remnants of a hay-day bank in the center of the town: 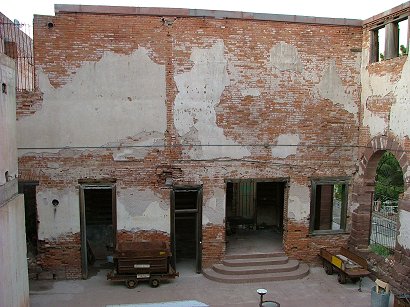 The same bank from the side street: 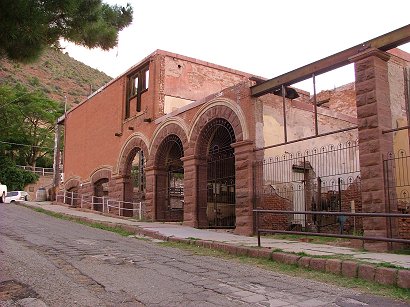 And one more image of it – I guess I liked it: 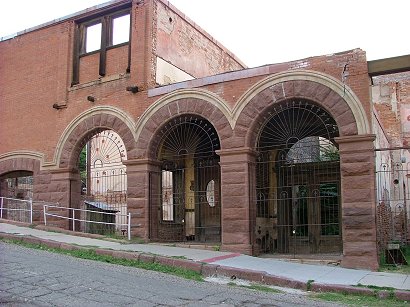 In one of very short side streets we noticed that we could not only look around but also – take a movie ourselves: 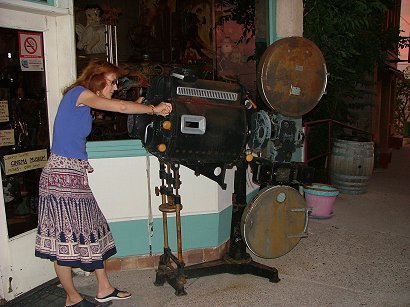 And that was it, the darkness came as it always does very quickly in these southern countries…