Because it was December – what can you expect of the weather? Thank you God for a a still warm and sunny day in Chaco. but in two days it was snowing like hell and they closed Rt. 25 from ABQ to Santa Fe. We lost the chance to see the downtown of Santa Fe…Though we tried – and after driving north some30 mi – we were blocked from driving further. So we returned to downtown Albuquerque and walked in the rain -it wasn’t so easy to find the old downtown there either, but once we found it – it was nice, had some galleries and the church, as usual in Mexico.

The next day was sunny again and we drove to see Acoma -a live Indian Pueblo on a cliff – but it was Friday and it was closed for visitors. How it works – you have to go to the visitor’s center (which is nice and modern. built by feds): 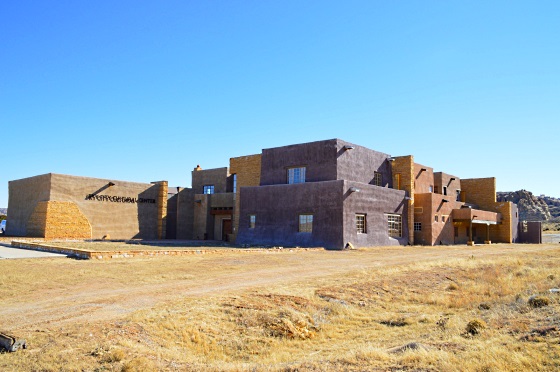 and you pay for an excursion with a guide to be taken to the pueblo.You have to pay additionally if you want to take pictures. So we lost that opportunity, next time. From there we headed to Truth or Consequences- a strange long name for a small town which some 50 years ago had a name of Hot Springs/But then they changed the name in order to be advertised on that popular show, and never changed their name back. So now they are usually abbreviated to TOC. Boy. we liked it! The hot pools at River Bend hotel and spa were fantastic! On the bank of Rio Grade, literally: 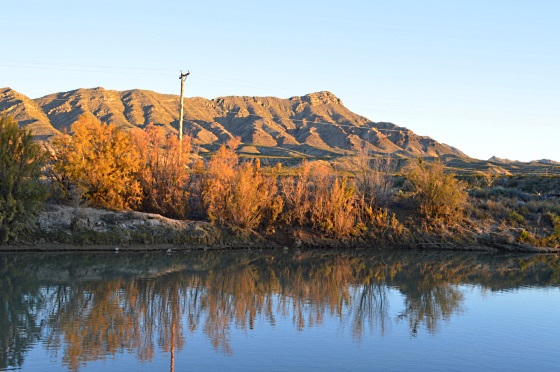 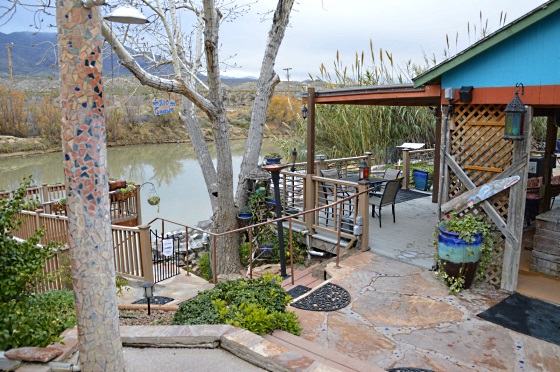 The sun was setting, the colors were warming and the shades were getting wider and longer, even a Blue Heron came to look for food in front of our eyes – and we were dipped in the warmth of mineral waters – what else can a person want? 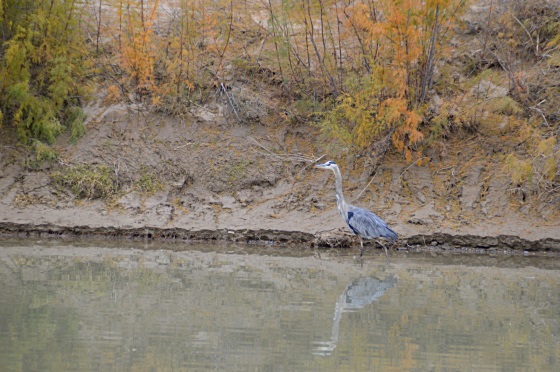 Here is a “jazzy” artist’s gallery and home, and the next picture is the decors in their museum fence, which is worth visiting! 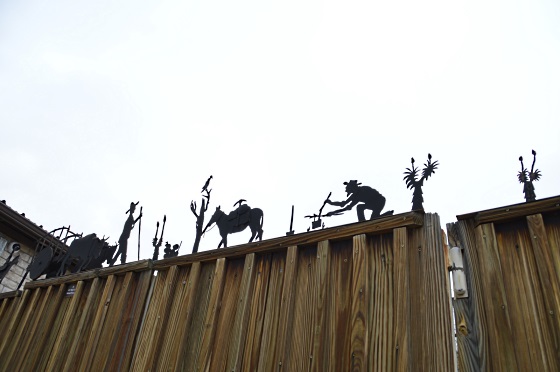 After enjoying the pleasures of TOC for an eve and a morning. where they were carrying coffee to all who were meditating ion the pools, we figured out that the windy weather is not good for visiting White Sand dunes NP, and changed our plans – drove on mountain Rt. 152 to Hillsboro and Kingston – two semi ghost towns that had some Christmas celebration that day. This old but very well refreshed truck was for sale at $6000: 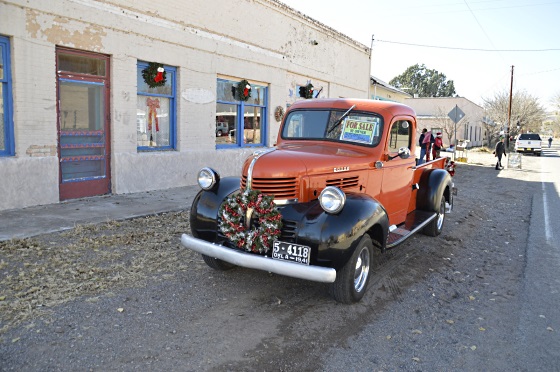 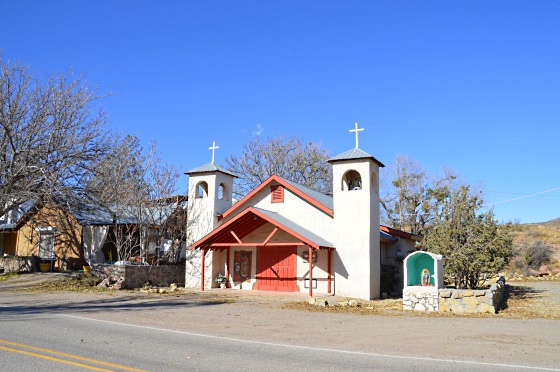 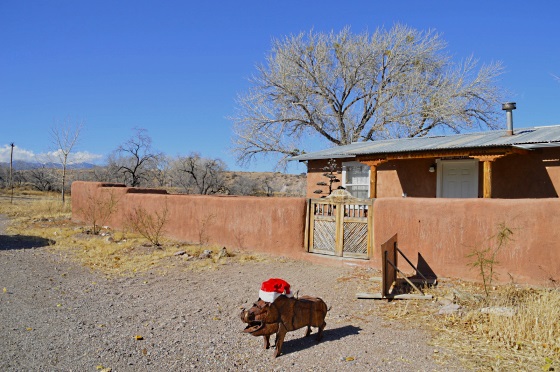 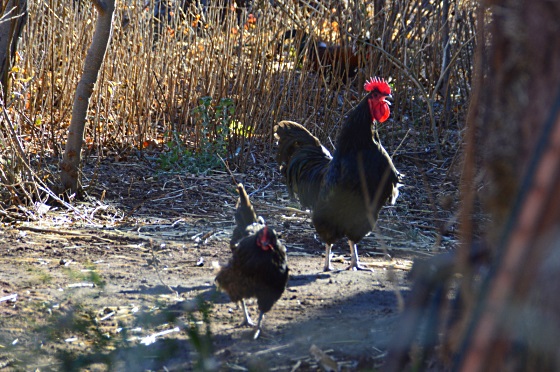 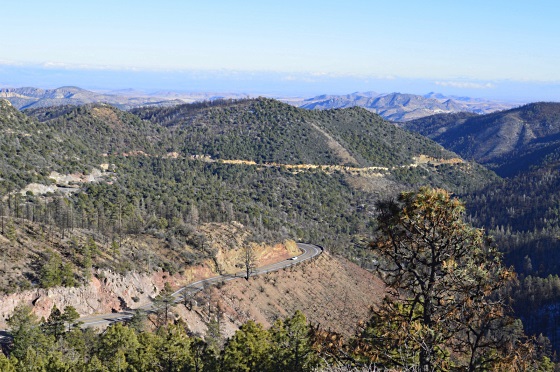 We reached Silver City late afternoon, had some walks in its countless galleries (somehow many mining towns nowadays are turned into artsy towns with lots of happy retirees). And the next morning we proceeded towards Arizona through back roads.it took us pretty long.but we didn’t hit any big cities. just enjoyed the mountains, the views and at last, saw the saguaras: 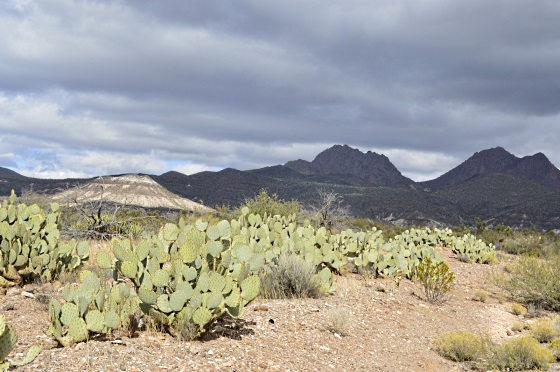 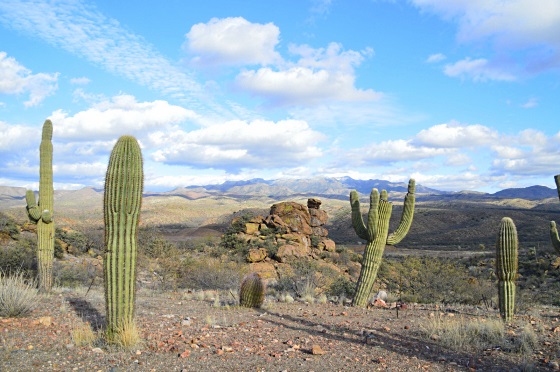 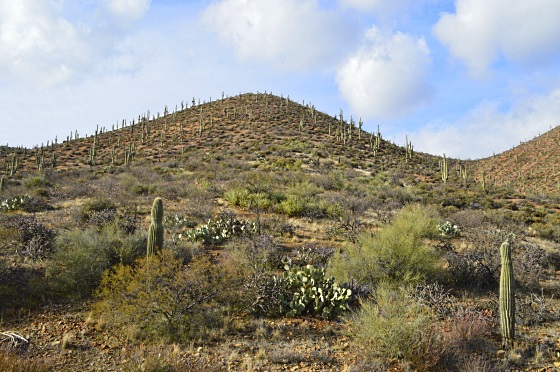 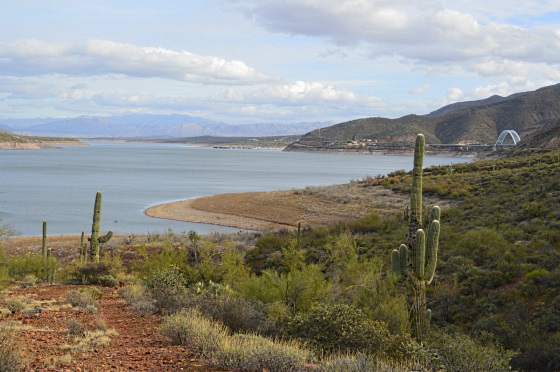 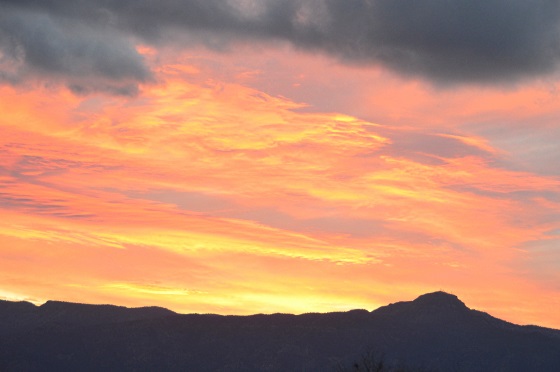 After sunset we reached a town close the the highway and close to Sedona, that was enough for the day. Next morning in Sedona while looking for a map of their famous energy vortexes at an information center we were toldweshould have stayed in Sedona for free…for they are still catching whom to sell time shares…Are there still people who have too much money to throw away? But at least we found out where the closest male energy vortex is and stopped to see or feel it 🙂 and to take pictures of the surroundings in Sedona: 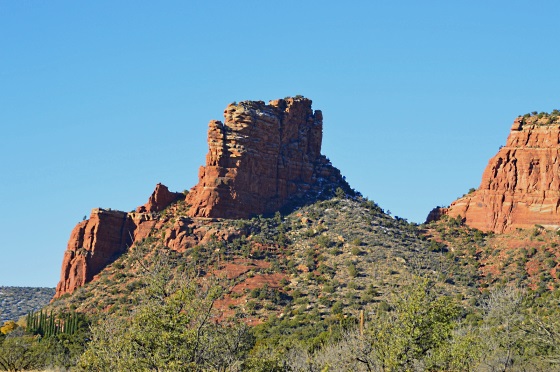 The most impressive to me is their Church in the Cliffs: 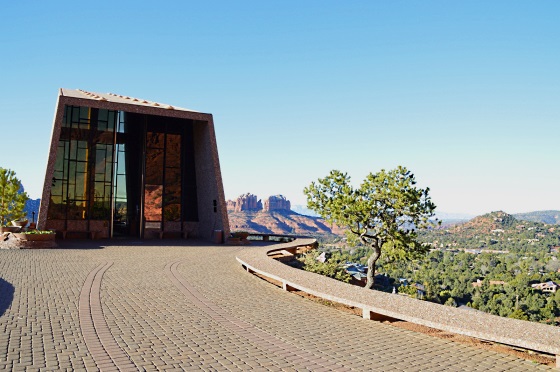 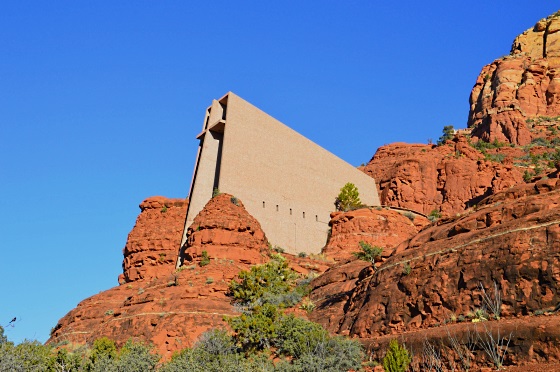 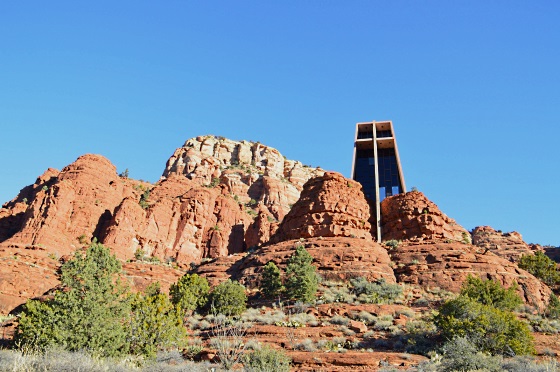 Then we rushed home, drove through the snows and more beautiful views: 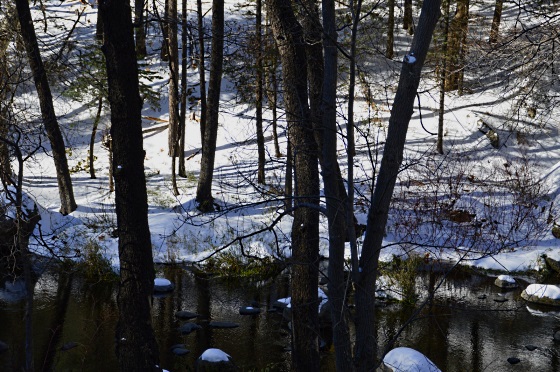 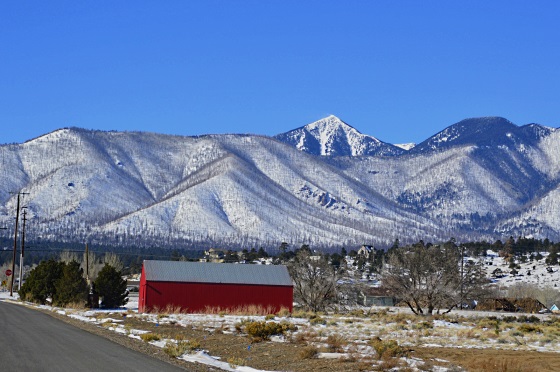 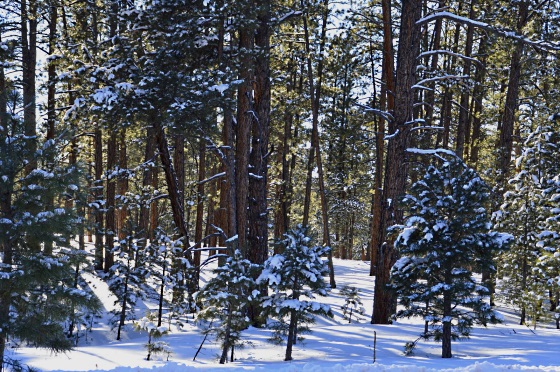 Until we reached the Eastern end of Zion and the pictures we took there are posted in the previous post!