After a night in Lodi we drove East – towards Rt. 4 which crosses the Sierras. The winding road, big trees on the sides, beatiful vies when the forest opens, till we reached the top of mountain chain with lakes on it, like on shelves: 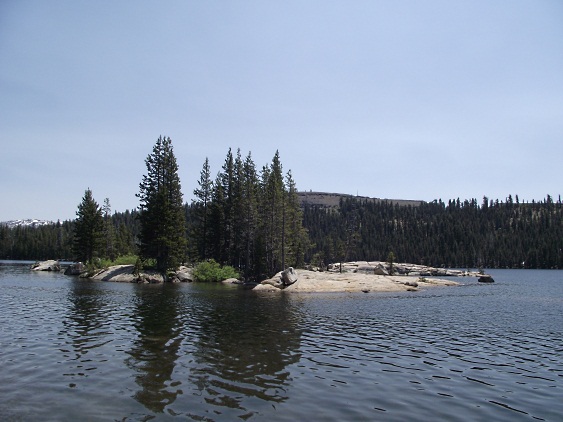 Seems that the stones platforms on the tops are so dense tat they keep the water intact. The air became cold and we saw snow by the road, which meant that that snow was possibly not going to melt this summer: 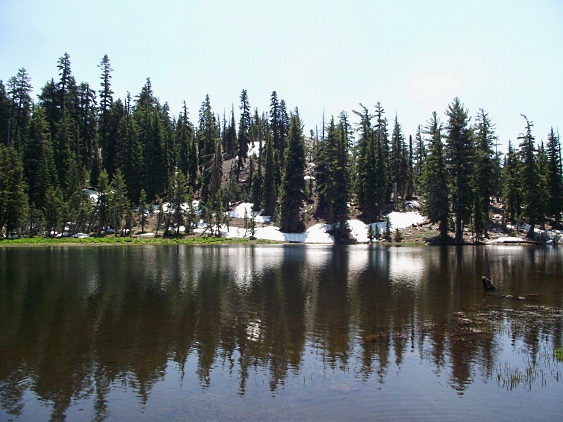 The amazing part – once of a sudden while driving by that lake- it ended and we found ourselves almost on an abyss – the narrow winding road going down by steep drops. It was a little scary to drive – only for those who are used to mountains and mountain roads :-). And there we started wondering – how come that lake doesn’t drain into those deep crevices…

After landing the main part of the range we turned left a little towards Grover Hot springs on Rt. 89 which we saw on the map – to relax a little after such a hectic travel. But the views from there were nothing special, just two nice medium pools in a simple environment. And after soaking for a while we drove towards our destination – the Mono Lake. This is a view while going down the East side of Sierras. 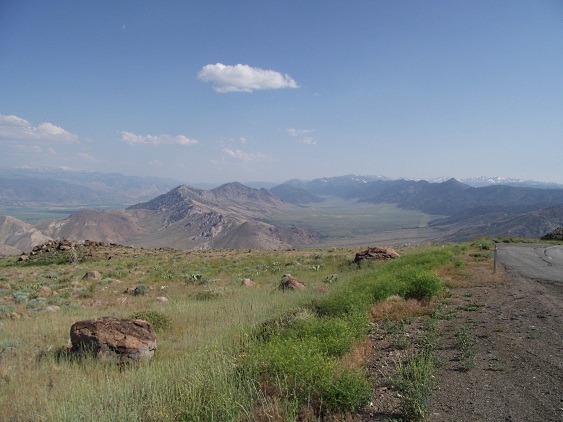 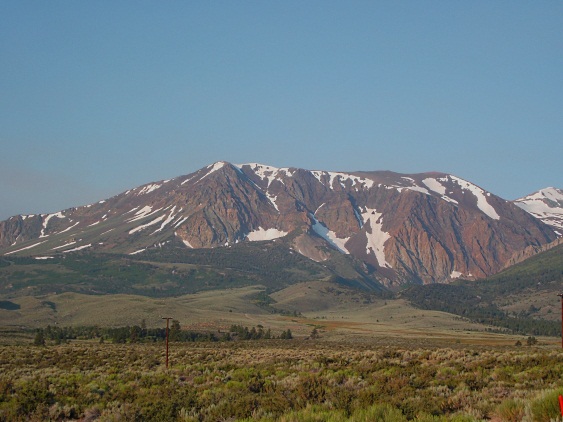 Then I got to know that there are wild hot springs in Bridgeport area, but it was too late. We reached Lee Vining just before the sunset. Found a motel there and decided to see Mono Lake on our trip’s last day.