Here we are – in the city of temples! You come out of the hotel or guesthouse – and any street you walk in several yards there is a temple. Usually with an old chedi in its garden. And new elaborate ornamental several temples: 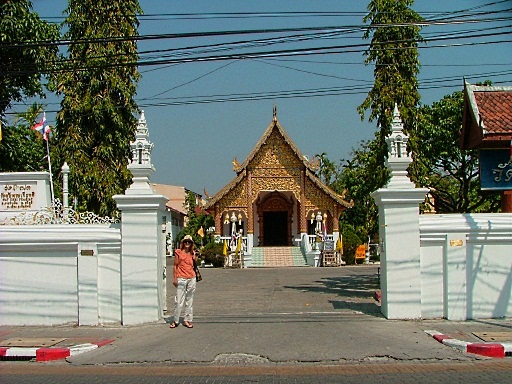 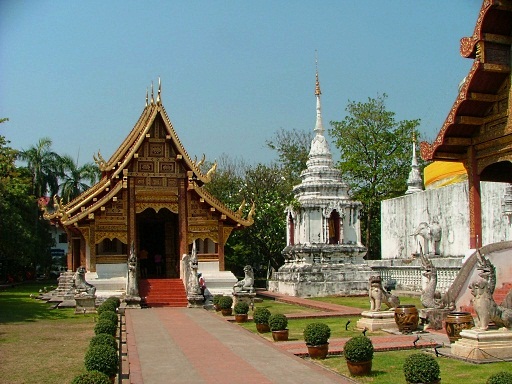 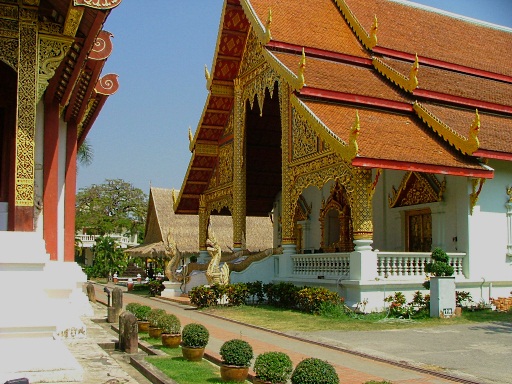 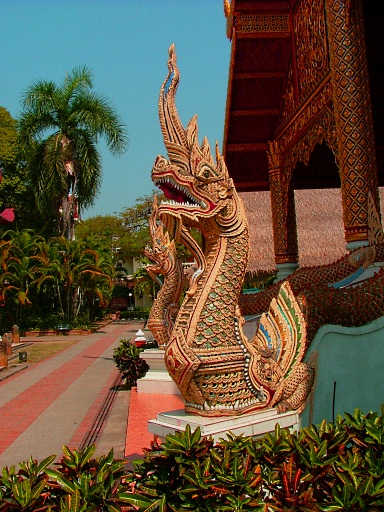 Temples have big territories with viharns – or monasteries, surrounded by nice gardens or ponds: 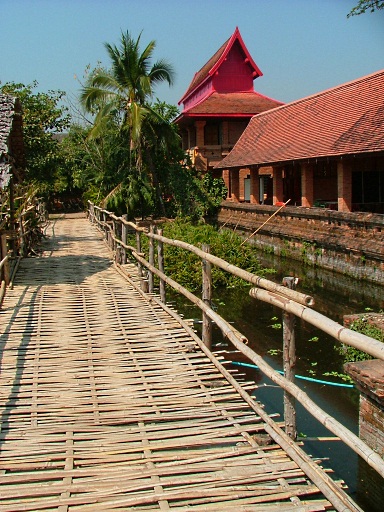 They always have several stray dogs who are brought there or came there from being unwanted: 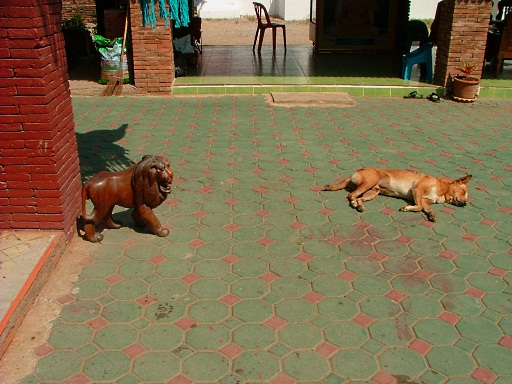 and definitely roosters with some hens – to bring good luck: 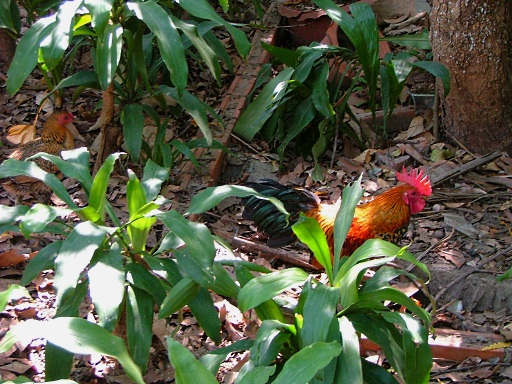 Here is one of the most prominent temples of Old Town – Wat Chedi Luang: 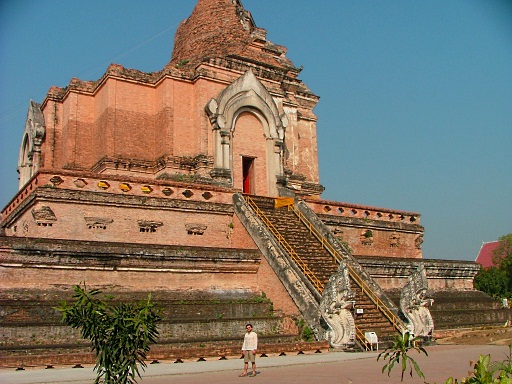 The tower was built by the order of a king in 1411 – “as high as a dove can fly” and then knocked by an earthquake long ago…the big nagas – mythical snakes by the stairs are supposed to control the irrigation waters in rice fields: 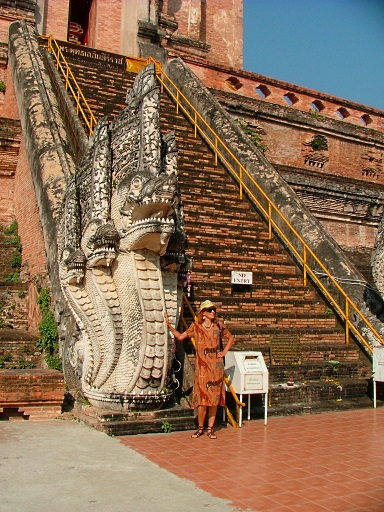 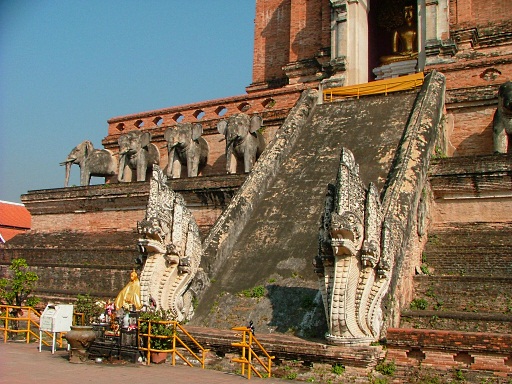 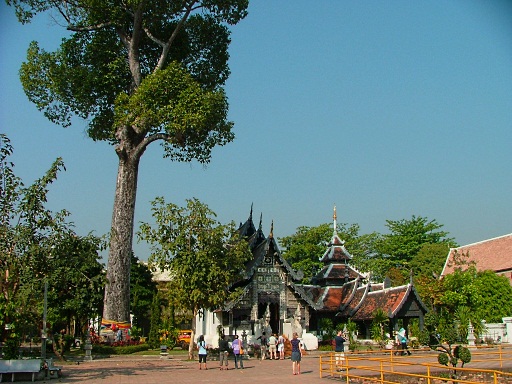 Very often temple grounds have a big tree which is considered sacred and wrapped in colorful fabrics with lots of offering under it. 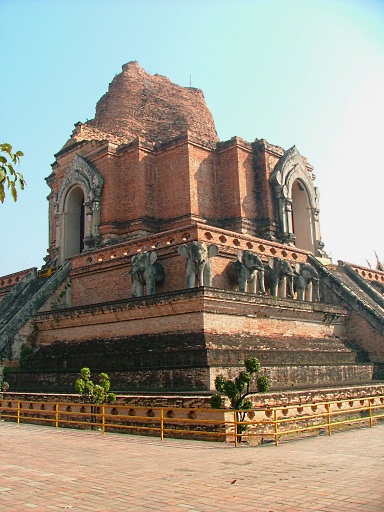 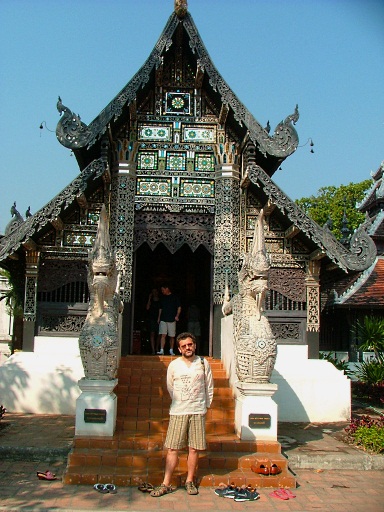 there are lots of shoes by the steps – everyone is supposed to take them off. I never heard of someone not finding his shoes after coming back. 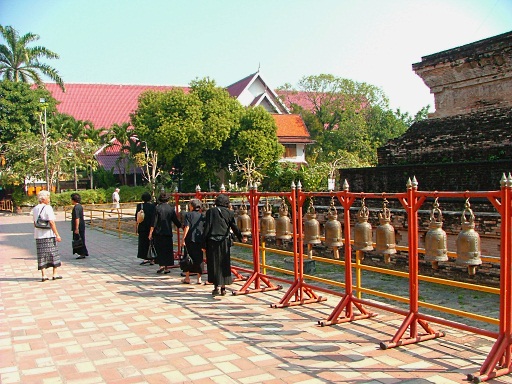 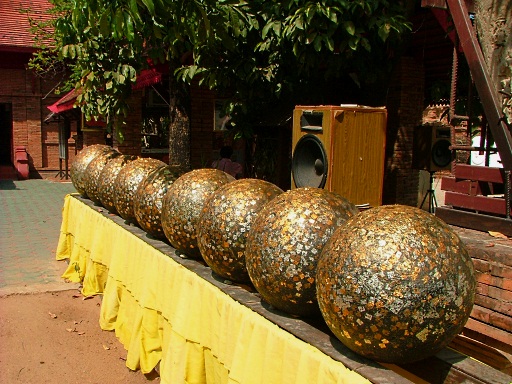 And their Buddhas are usually not starving: 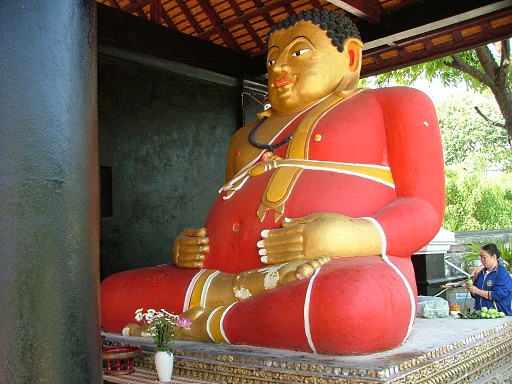