I have been not blogging for a while but as every job has to be finished – I’d like to finish describing our very saturated trip to Portugal, which happened already a year ago. There are some good tips for those who decide to go there. 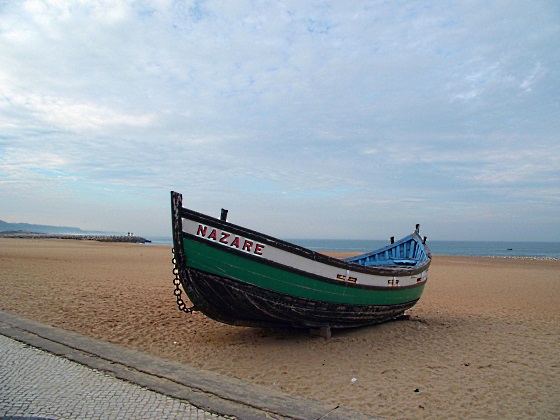 So as I mentioned in my last Blog, we reached Nazare on the sea in the evening of December 11th. Saw the older ladies with with many skirts holding signs offering rooms, and also young ladies dressed in a modern way. The flat we rented was from a young lady – it had a kitchen and a view to the sea. But very cold…All the rooms in Portugal were very cold- what could we expect – it was December! The country is not used to cold weather and also – nobody travels in December. The beds were very hard. Everywhere we stayed. Maybe they like it. So the next morning we walked along the sea – there is a good tile walkway, or you can walk on the sand. 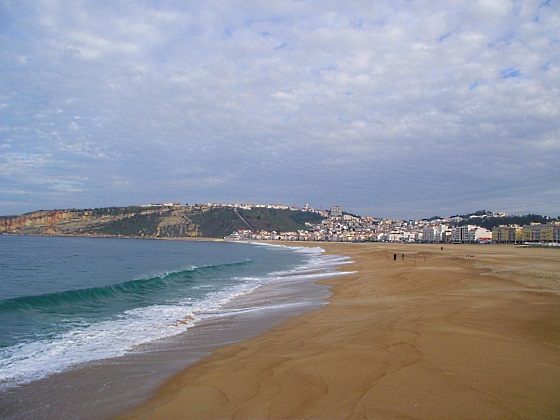 There is a town or extension of Nazare on the hill in front.One can take a funicular or drive up to there. We had our tiny car so we drove. it is called Sitio, has a nice square. church with a magic picture and a little chaplet with a magic Holy Mary: 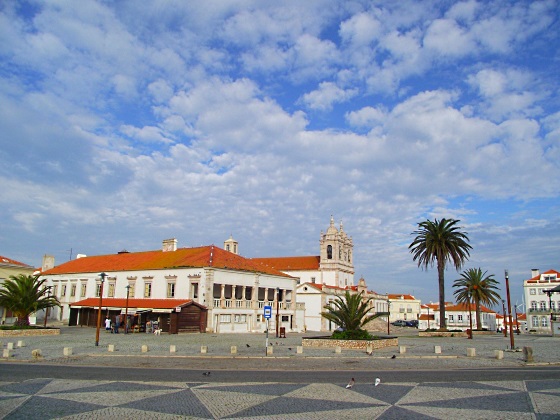 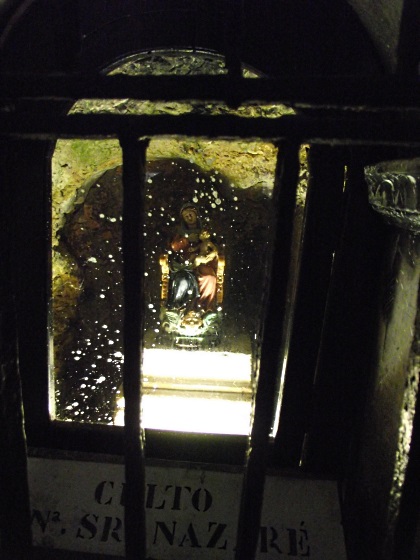 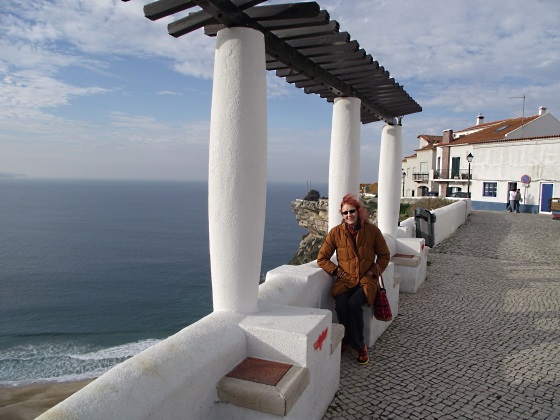 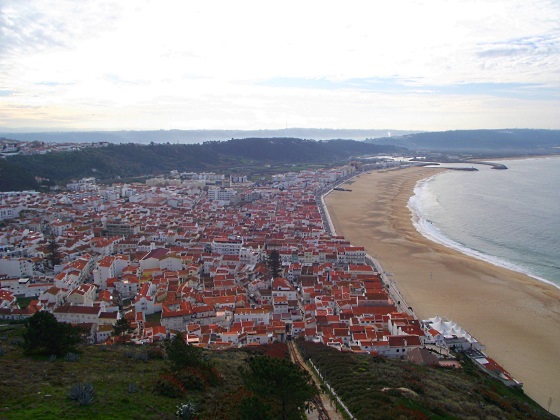 It would be nice to stay there in a warmer month, so we rushed to do our sightseeing. This day was filled with monasteries and churches. First half an hour away is Alcobaca: 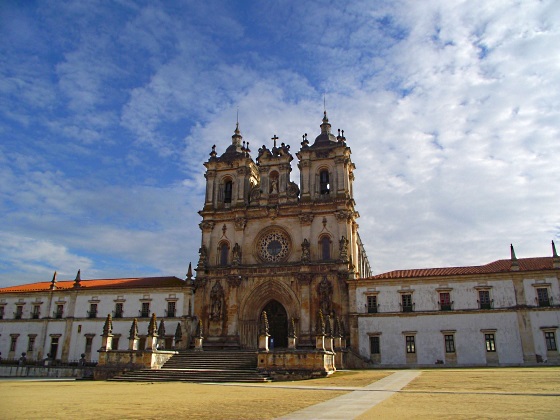 It is the biggest church in Portugal and the monastery was also outstanding. Known for the two sarcophagus of their king Pedro and his beloved Ines whom he married and crowned only after her death because his father killed her in order not to get a non royal into their family. But Pedro’s love was so great that here they are both buried in elaborately carved sarcophagus ‘s right by the main altar right in front of each other so that during the day of Rapture – they will wake up and see each other first of all: 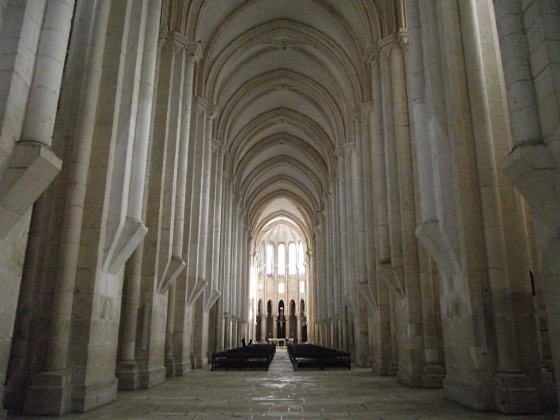 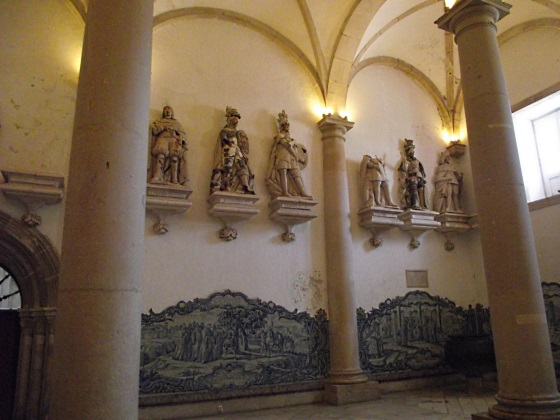 The monastery is also very impressive but I guess – more like most of Portugal’s monasteries: 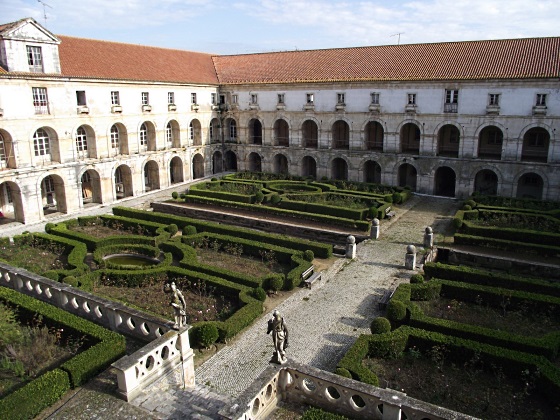 Here I am sitting in their kitchen on the edge of their water source – a spring came from a hole here directly into the water basin and was used for cooking. The lower picture is of their chimney – under which they cooked a whole pig or cow…Makes you wonder what a number of monks they had and explains why at some point in history their kings closed all monasteries and kicked out the monks. 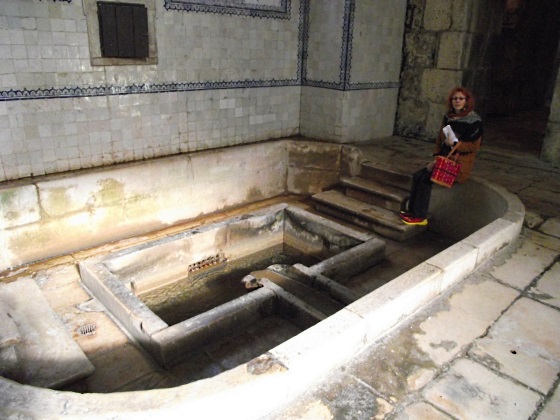 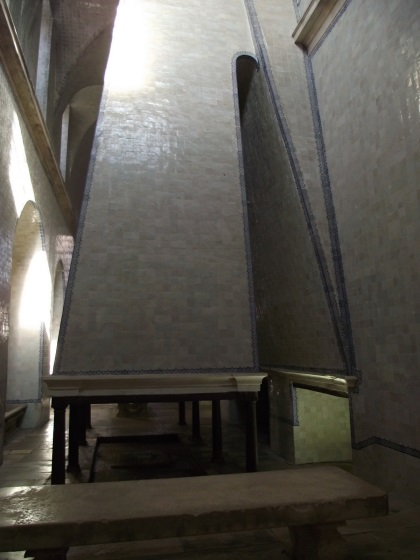 The next stop – a small town spread out on picturesque hills -Porto de Mos – it was so nice, that one can allocate several days to stay there. As well as Don Kichote could stay there, too, for there were old fashioned windmills seen here and there on the hill tops. It had a cute green roofed castle and a typical cemetery by its side: 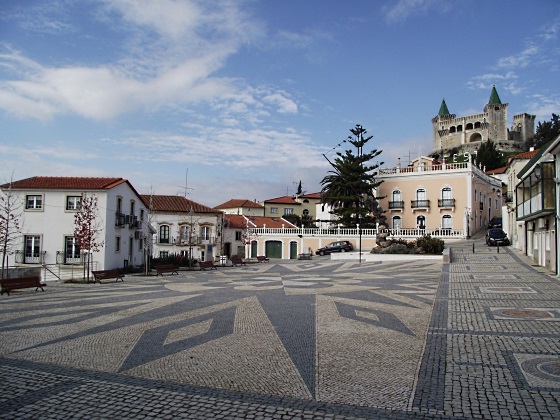 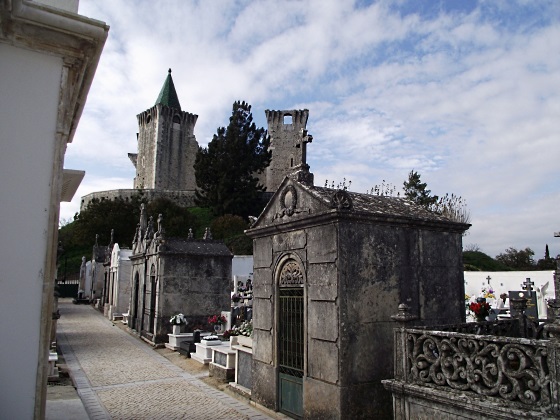 I like cemeteries, but to see coffins in those mausoleums,not old ones, but freshly buried – was a little too much…A very strange custom. 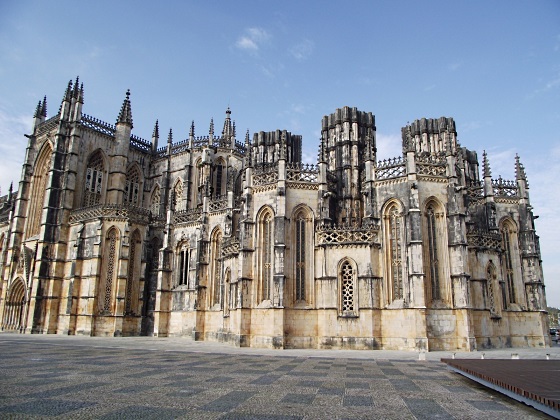 This next big church is in Batalha – a very impressive one, also with some king couple buried here- holding hands! But we were already filled up with monasteries so just visited and church and moved on. Somehow the little ones are perceptible to me: 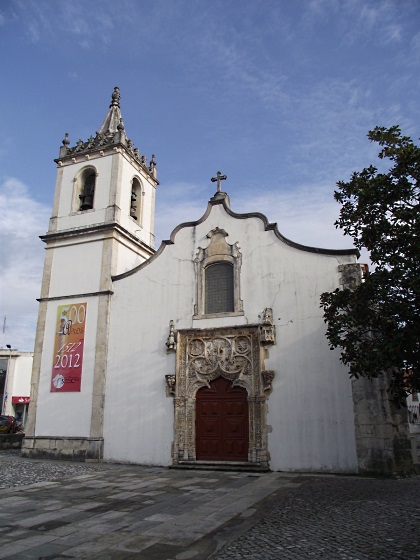 So we reached Fatima for the night. This is how we saw it that evening: 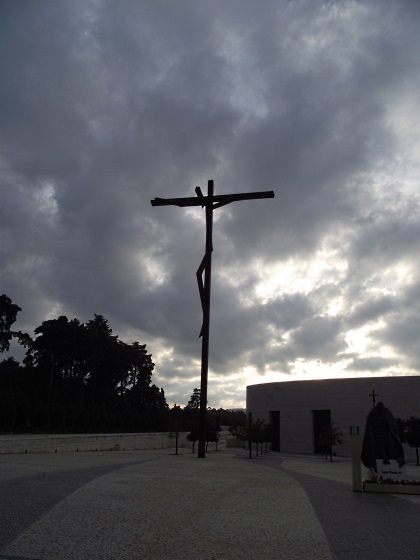 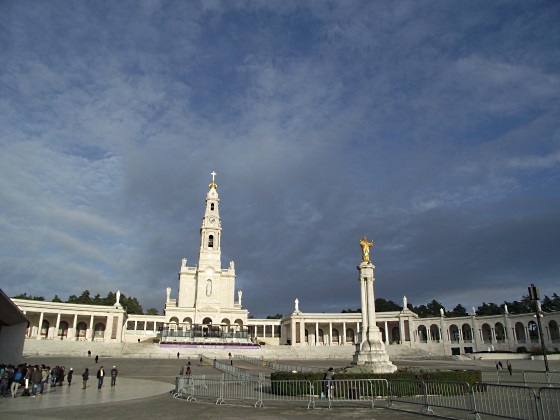 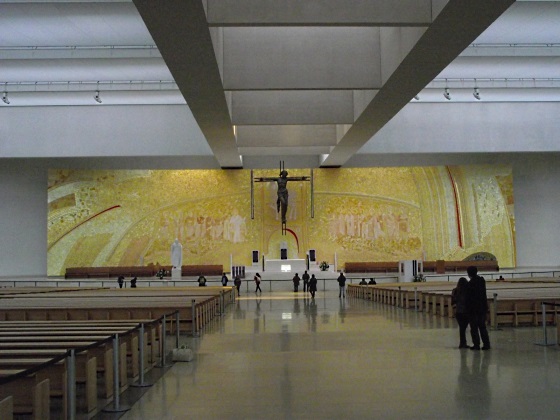 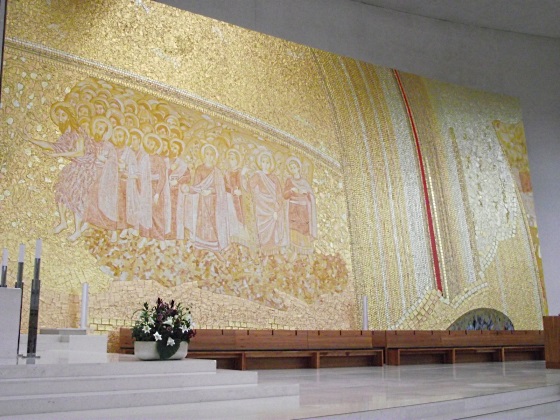 It was Christmas season.but evidently – not the season for pilgrimages. It was good to see it so spacious and empty, with lots of hotels around that were also empty. Ours had this colorful house in front,so playful: 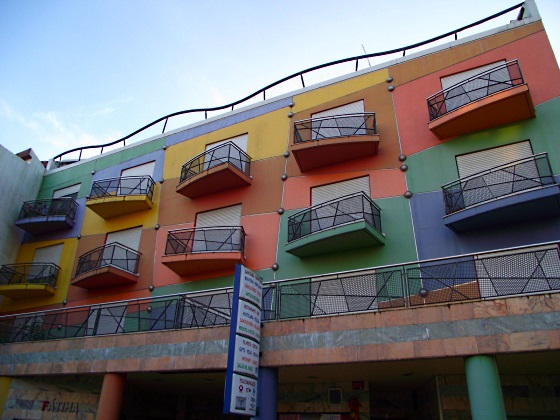 That was a very saturated day, we even drank magical water from a fountain in the main plaza and listened to a rosary read in the chapel where Virgin Mary showed herself to pastinhos several times. It was a good day!