I just read in Lithuanian Delfi.lt newspaper how they describe Mexico: “vibrant, full of contrasts, passionate, friendly and breathing memories of the past” -I agree fully.

The next day was also very saturated – this was the day when I almost crawled home on my fours, how tired I was…Because we visited the biggest museum of all -the Anthropology museum, metro stop Chapultepec. It is a big park, a huge park, lots of fountains and all grounds are well taken care of. There is a botanical park on the way and a museum of Modern Art: 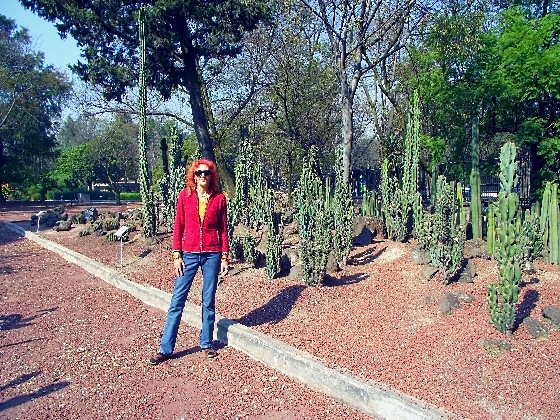 But we had no time for it. Another modern art museum is called Rufino Tamayo, who was one of Mexico’s outstanding fresco painter and evidently he built this museum: 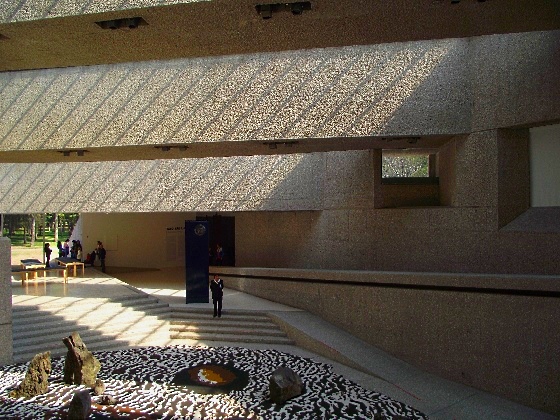 I expected to see some of his art, even stood in line there and what we got to our astonishment and delight was an exhibit of Yayoi Kusama – a Japanese avant-garde artist, who does different strange things besides being a good artist. She is really “big” and this exhibit is traveling around the world, so it was very useful to see her creations! Lots of installations, of which one was the most impressive -a dark room with mirrors filled with lights that change color – it creates the feeling of infinity and magic: 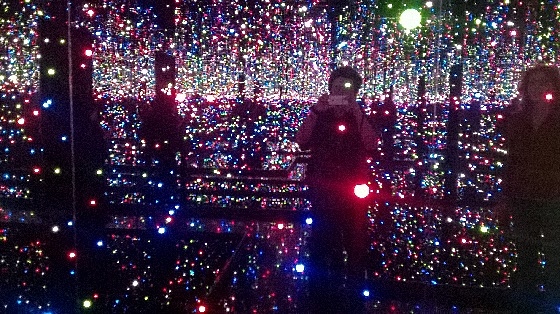 Then there was this room from her period of liking penises…(That is what the notes on walls said) : 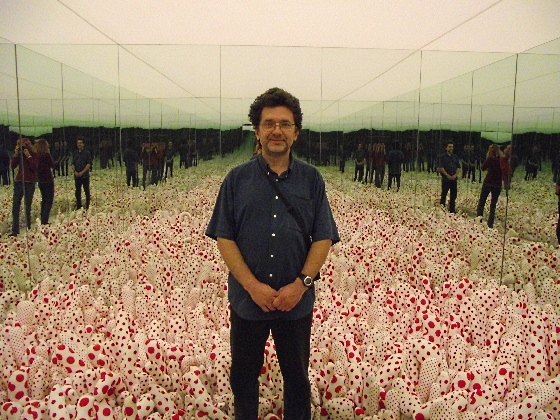 Thanks God they took her to a psychiatric ward and healed to the extent taht she started making really good art, which reminded me of Matisse, big pieces: 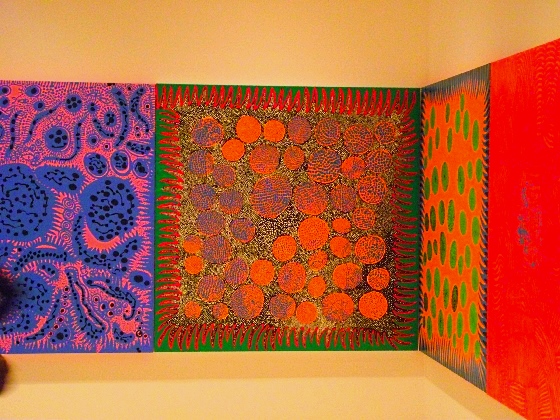 Interesting how a person is born creative, evolves through many styles and still any of them can’t be called “the one” – she is still changing, creating, singing, playing music, etc… Her personality is really very inspiring!

Close by in the park – there is a pole and we were lucky to see the performers – some strange way of performing – attaching themselves to ropes while high up on a tall pole and little by little while the pole turns around – lowering down to the ground with their heads down all the time – not a healthy way, I think, but popular in Mexico: 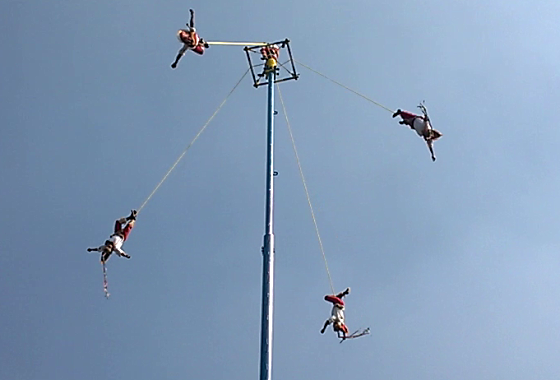 And here is the famous Museo de Antropologia, which I would call – too big, too much: 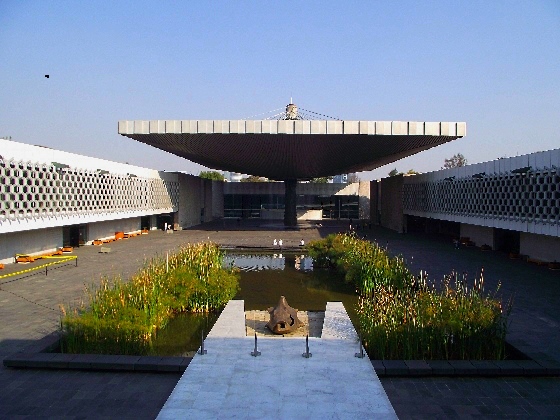 It is its inner garden, the museum halls are around it and there is a lot of them! It has even a pond with natural plants, attracting wildlife: 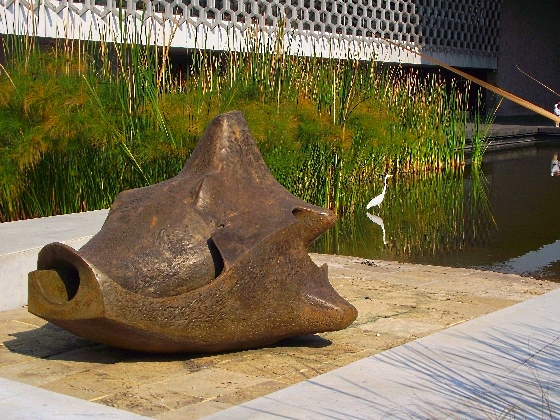 There are sections of each part of Mexico, each bigger Indian tribe – fantastic, so much beauty in one place! So much so, that I couldn’t take it all, had to take some pictures for later “consumption” and sharing with you: 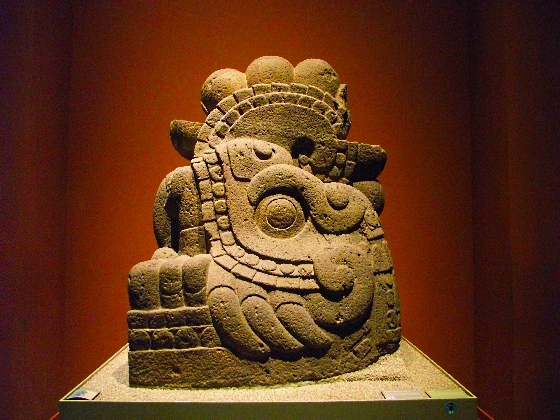 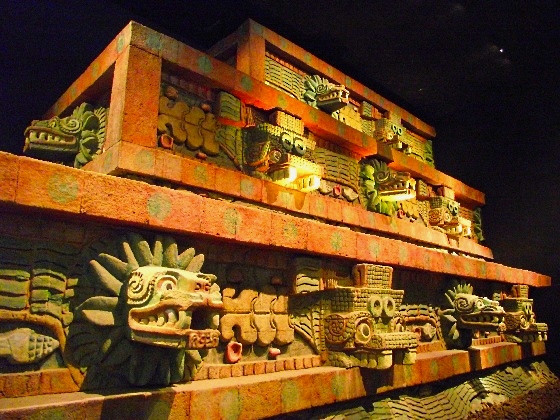 This is one of their “stars” -the Aztec calendar: 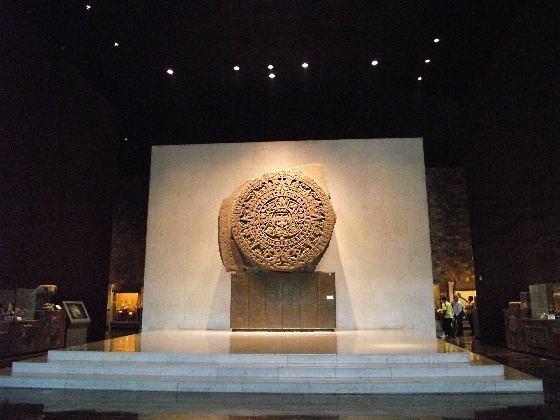 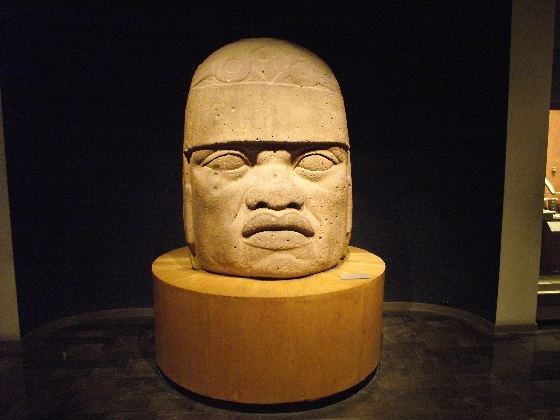 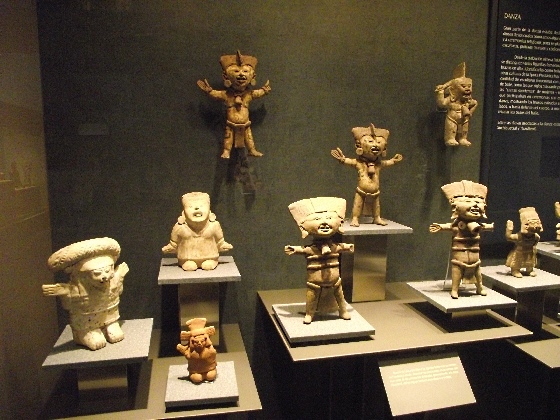 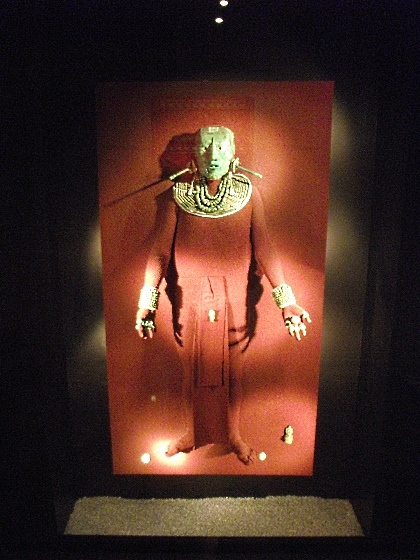 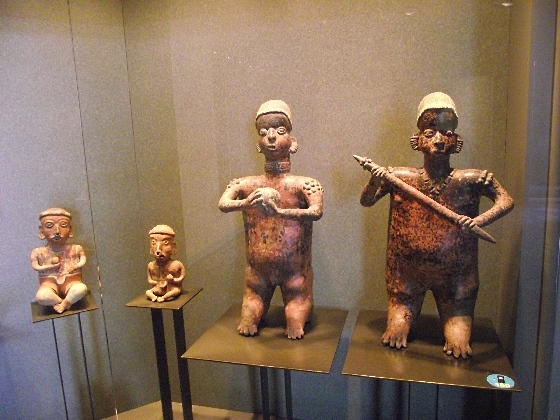 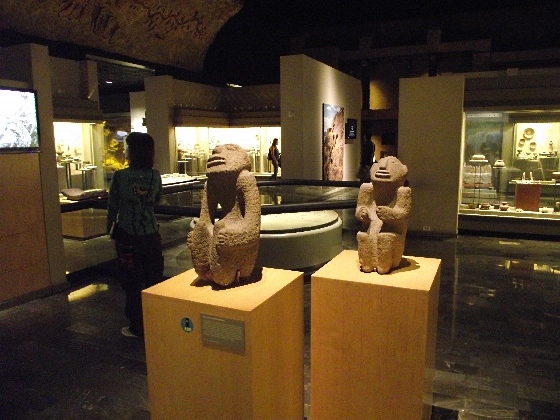 What impressed me a lot, were groups or classes of kids brought by their teachers to get them acquainted with their roots – all the kids were so nice and cute and bright – but the funny part – they were more interested in us, very few foreigners than in what they were shown. They were enthusiastically taking their selfies, taking pictures with some Swedish blond ladies, and wanted to take with me while I had a hard time not managing to communicate with them, no habla Espanol… 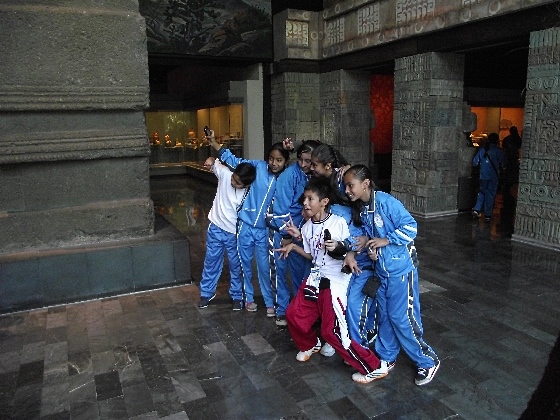 Here is at least one Rufino Tamayo fresco which is in the entrance hall in this museum -two symbols of Mexico – a snake and a leopard, sun and moon, day and night: 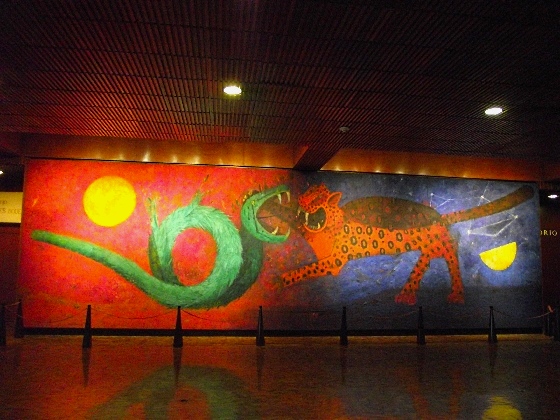 It was a peculiar black squirrel that we noticed while walking back through the park: 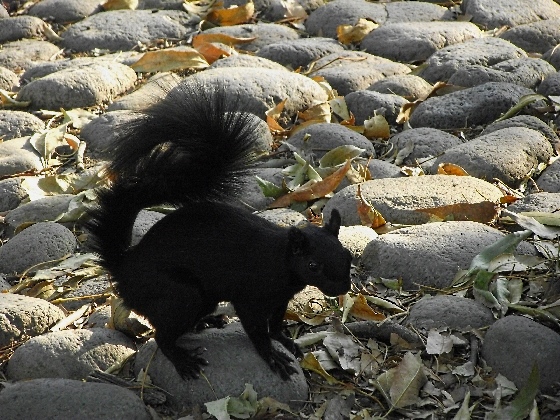 Paseo de la Reforma -the skyscraper street starts right by that park, with an agave blooming: 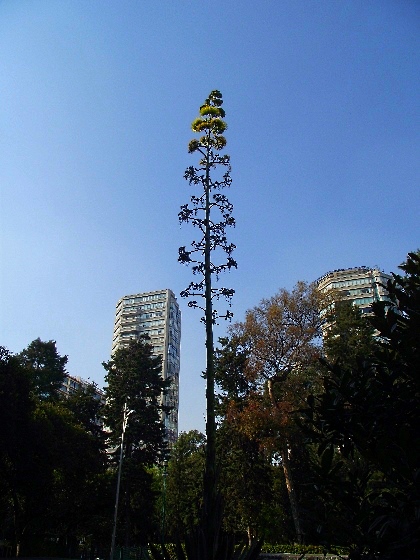 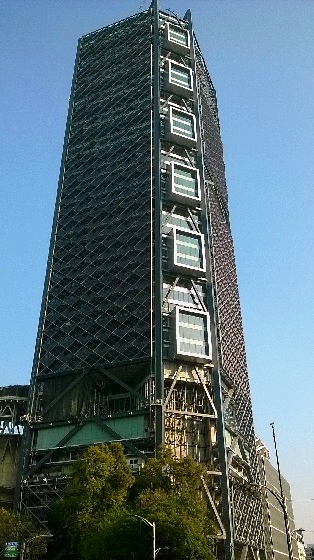 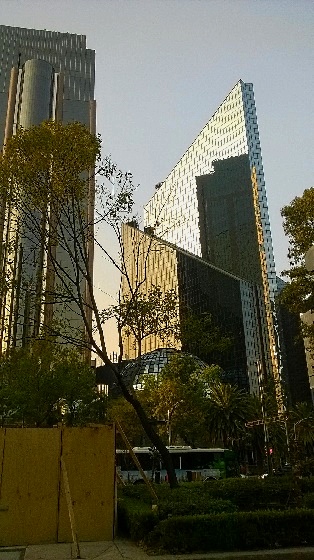 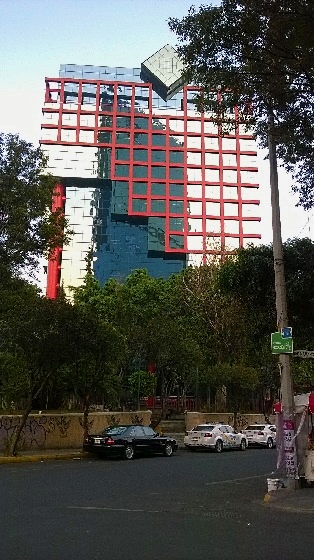 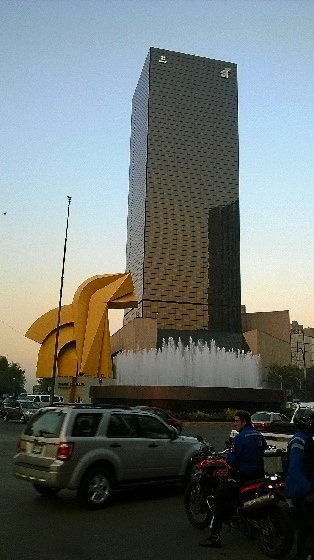 And that was too much for a day 🙂